An Investigation on the Trends, Rise and Evolution of Veganism

What is rewiring further people and brands to hold close a plant-based means? Is it Health, environmental change or animal safety? Let's find out

The year was 2000 and veganism was far from the popularity it has gained today. The world saw a significant rise in the vegetarian diet and it has become the most in-vogue dietary trend.

A quick jump to 2020 and every newspaper, social media you scroll through, veganism finds its way in your day-to-day reading diet. While the fad has founded a strong following, it is a sine qua non to understand why are people embracing a plant-based lifestyle? And who better than Vegan expert Chef SebastienKardinal to shed some light. While the French expert was giving a Master Class at Novotel Mumbai we got into understanding the morals of this practice. 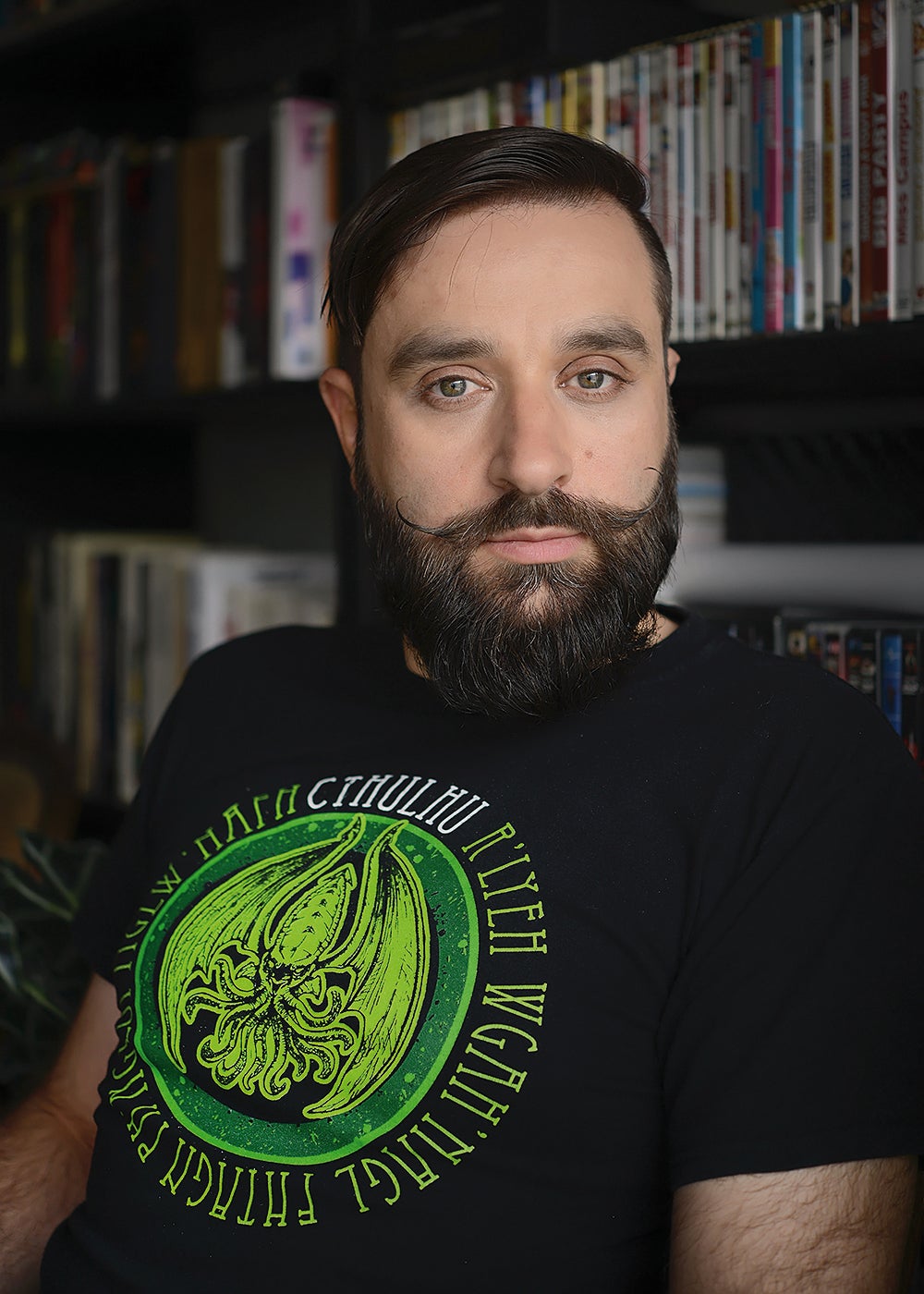 From Meat to Veg to Vegan

In 1986, Kardinal at the age of 14 turned a vegetarian. It wasn't because some sudden realisation changed his outlook but simply because he didn't enjoy the taste of fish and meat.

"I became a Vegan in 2007, due to several factors first, my health. Secondly, I realized that I was not comfortable with the idea of maintaining the animal farm. Last but not least, I fell in love with a vegan girl I've been with for 13 years. Out of respect for her, I changed the way I cook and consume. Veganism has allowed me to unleash my creativity and take up challenges," he said.

The last couple of years have seen a great spike in the number of people turning vegan. But what is Veganism exactly?

It is primarily a philosophical movement that rejects the death, suffering, and exploitation of animals. It's an ethical consumer choice that one makes each day that creates all the difference.

The main reason for people to become vegan is primarily compassion for animals. It's an idea of justice and putting it to the suffering and abuse of non-human victims. But others will do it for ecological or health reasons.

"It begins simply with a strictly plant-based diet. And then we pay attention to the materials used for clothing. No wool, leather, silk, fur. We are also very attentive to cosmetic or household products, both in terms of composition and the fact that they are cruelty-free," said Kardinal. 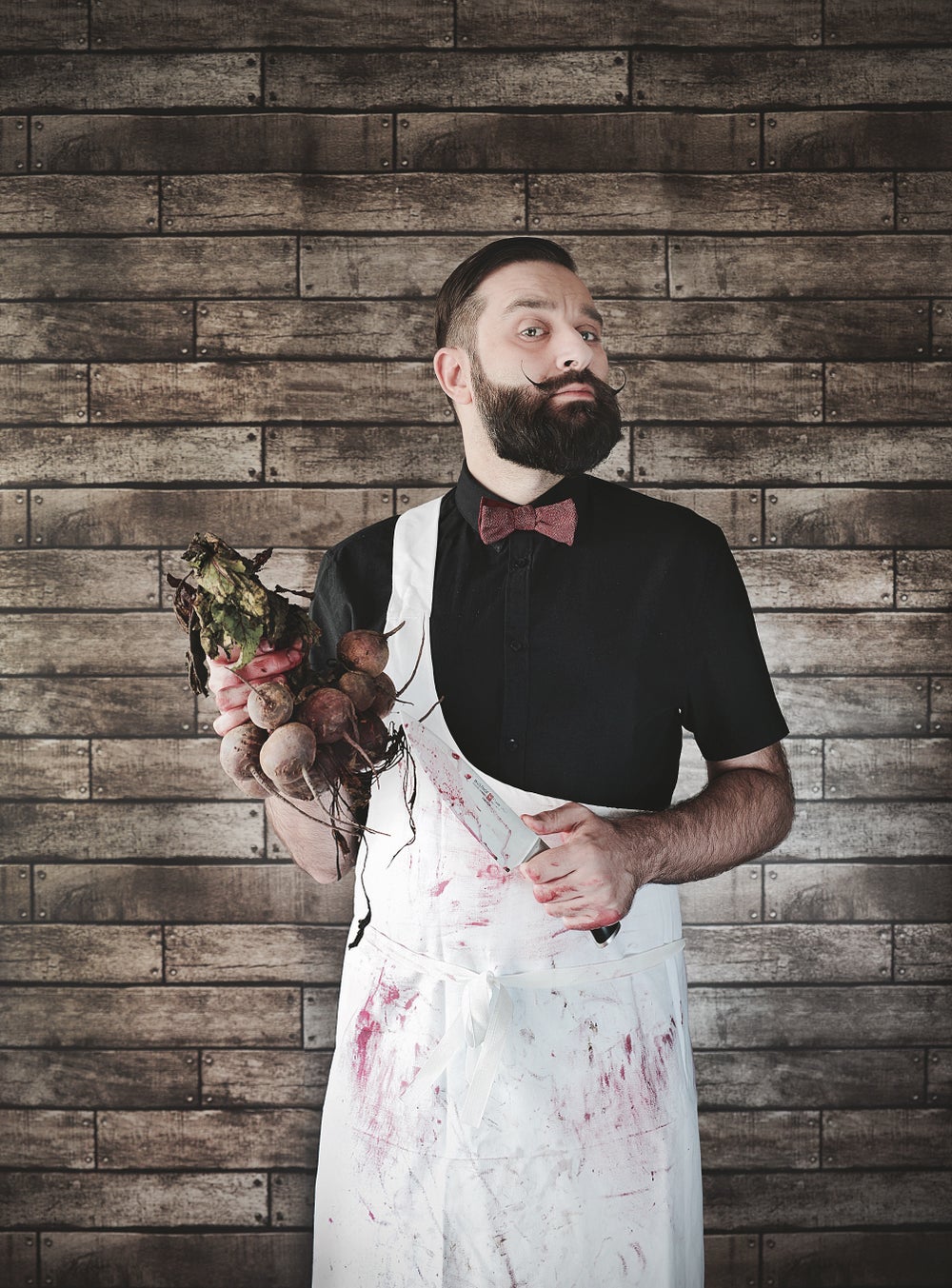 When anything becomes a hot-shot trend, it also opens potential business doors. Kardinal who has travelled around the globe pointed out how the companies are actively investing substitutes of meat and cheese.

"It is a phenomenal success. I will only mention Beyond Meat (a Los Angeles-based producer of plant-based meat substitutes) as an example... Who would have thought that this small company would be where it is today and so quickly?"

What do vegans eat to keep their nutritional count in check? A question asked and searched time and again. In fact it's quite easy to keep get the essential nourishment.

"There's protein everywhere since the plant world already offers us everything we need. Calcium is very easy to find as well. As for vitamins and minerals, fruits and vegetables are our friends. The only thing we can't find in its natural state is vitamin B12. It is, therefore, necessary to supplement with synthetic vitamin tablets. It is very easy to manage in the end," he highlights.

Some studies claim a vegan diet can harm your mental sense. However, the one following it have had some life-changing experience.

Talking from personal experience he said, "In my case, I haven't seen a doctor in 13 years! Before becoming a vegan, I had various minor health problems, such as digestive problems, high cholesterol, overweight and repeated migraines. Everything disappeared within 3 months after I stopped eating eggs and dairy products. Coincidence? I don't think so."

One of the biggest myths that people have is that vegans are deficient and weak, point out Kardinal.

"Another myth is still ingrained in most people's heads: we need meat to be strong. The reality is that more and more top athletes are turning to veganism to enhance their performance... The documentary The Game Changer (about the benefits of plant-based eating) explains all this very well," he adds.

4 Things To Know When Launching A Vegan Product/ Restaurant? 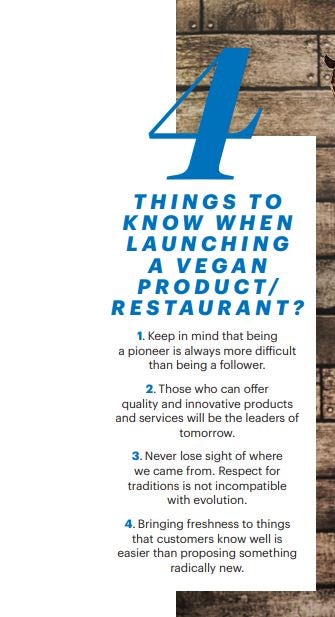 Veganism is at an all-high and there is a growing acceptance among everyone. It is evolving very well and rapidly and that's a good sign because there is no other choice.

"There is no planet B. We know that meat and milk production is a scourge for the environment. So people must change their habits without delay. This message is beginning to be well understood and we can see that the movement is only at the beginning," states Kardinal.