Unemployment Projected To Increase By Around 2.5 Million In 2020: ILO Report

"Total labour underutilization is more than twice as high as unemployment, affecting over 470 million people worldwide," according to the International Labour Organization report.

By Tahira Noor Khan
January 23, 2020
Opinions expressed by Entrepreneur contributors are their own.
You're reading Entrepreneur India, an international franchise of Entrepreneur Media.

Global unemployment is forecast to increase by around 2.5 million in 2020 and almost half-a-billion people are affected by insufficient paid work according to the report World Employment and Social Outlook: Trends 2020 (WESO) released by Geneva-headquartered UN agency, International Labour Organization (ILO).

The report states that there are around 188 million unemployed people in the world. In addition, 165 million people lack sufficient paid work and 120 million either lack access to the labour market or have given up actively searching for work. In total, more than 470 million people worldwide are affected. 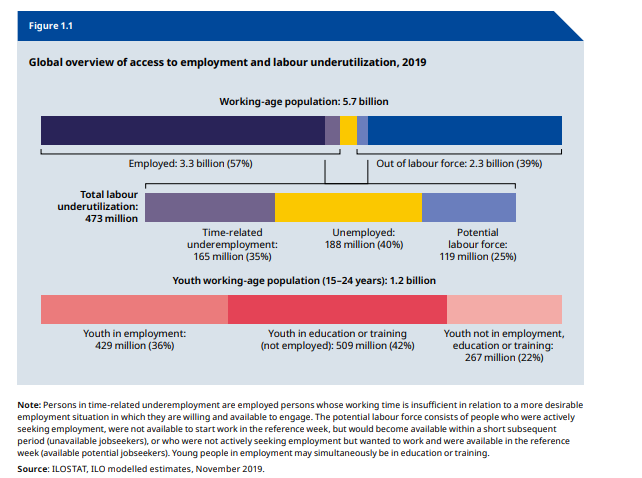 ILO data revealed that at the global level, income inequality is far greater than previously thought."Substantial inequalities prevail in the access to work and work quality. These include key lines of segmentation among workers, according to geographical location (between countries and between workers in urban and rural areas), sex and age," said the report. 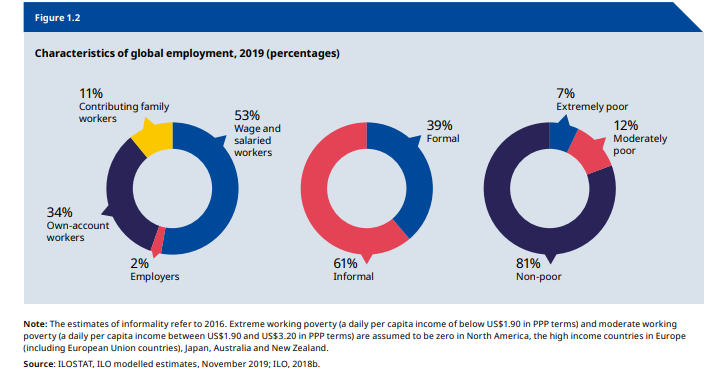 According to the report, "even when people have a job, there remain significant deficiencies in work quality." Adequacy of wages, the right to job security and a safe and healthy workplace, access to social protection are some of the many factors that determine work quality.

The report also claims that the total rate of labour underutilization is more than twice as high as that of unemployment, affecting over 470 million people worldwide.

The pace and type of economic growth in low‑income countries, threatens the efforts to reduce global poverty and improve working conditions. 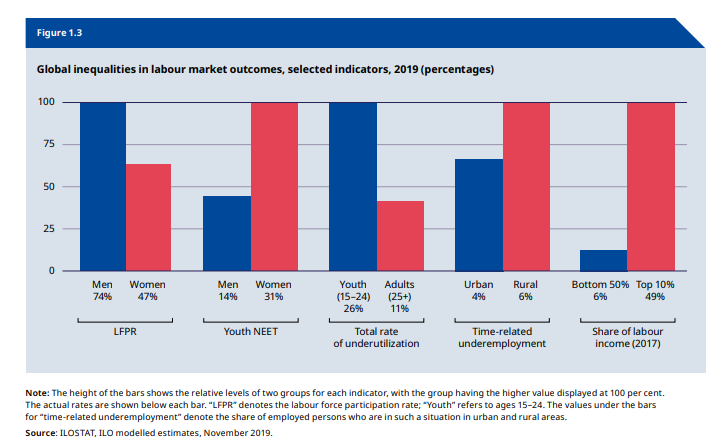 To improve the rate of economic growth in low-income countries a shift in the employment activities is required from the low value added to those with higher value yielding professions. However, little advancement has been made in this front and the inequality is on the rise.

Also Read: Transforming the Employment Landscape for The Labour Force