By Saptak Bardhan
July 14, 2022
Opinions expressed by Entrepreneur contributors are their own.
You're reading Entrepreneur India, an international franchise of Entrepreneur Media.

The internet was an innovation that took the world by storm when it was introduced in 1983. Internet is a global computer network that allows a variety of information to be shared. It also facilitates communication as the internet is a vast network of computers connected all around the world. People have often used the terms 'internet' and 'web' interchangeably. However, that cannot be further from the truth. Internet is the computer network that connects computers all over the globe and the web works on the internet. The advent of Internet initiated a snowball effect.

Six years later, the web was introduced in 1989 by Tim Berners-Lee. This version of web was called Web 1.0 and it mainly consisted of personal web pages which were mostly static in nature. The static pages were hosted by ISP-run web servers or on free web hosting services.

The second generation of Web, popularly known as Web 2.0 was defined by Dale Dougherty as the "read and write web" in 2004. The previous generation of Web was known as "Read-only Web". Tim O'Reily defined the web 2.0 as a business revolution in the computer industry caused by the move to the internet as platform and an attempt to understand the rules for success on the new platform. Web 2.0 has also been called the participative social web. Web 2.0 refers to the way web pages are designed and used and there is no modification in the technical specification. Interaction and collaboration with individuals are allowed by Web 2.0 in a social media dialogue as the creator of user-generated content in a virtual community. Web 2.0 is an enhanced version of Web 1.0.

READ MORE: The Inception Digital Assets and Growth of NFTs

Web 2.0 contains a number of online tools and platforms where people share their perspectives, opinions, thoughts and experiences. The applications of Web 2.0 interact more with the user. The advent of Web 2.0 led to the initiation of activities like podcasting, blogging, tagging, social bookmarking, social networking, social media, etc.

As technology has evolved and penetrated almost all the sectors of the world, the web is also evolving itself. Web3.0 is considered as an evolution of web utilization as well as the interaction which includes altering the Web into a database. Web 3.0 lays emphasis on data not being owned rather being shared. Web 3.0 is also called "The Semantic Web" and intends to establish the information on the web in a more reasonable way than Google. Web 3.0 emphasises on individual focus rather than its previous counterparts that emphasised on company focus and community focus.

The core principle of Web 3.0 is decentralization. The centralisation of the Web has given hegemony to some companies that are in charge of running the Web which has more often than not been rigid as people enjoyed the new technology that was being offered to them. Decentralization of the web is a boon for crypto markets which would make the transition to a decentralized network much easier. Crypto would help solve the problem by coordinating the decentralization and providing incentives for development.

Web 2.0 has also witnessed the collapse of privacy with cyber attacks being the bane of its existence. Hacking and data theft has become a real problem with the Web 2.0. The Web 3.0, however, ensures data privacy. The foundations of the Web 3.0 are being laid but problems persist as the Web 3.0 startups look for agreements from the companies around the Web 3.0 protocol.

Web 3.0 would play an important role as the world digitizes its working. The computers are taking over the world and are emulating some of the concepts that people apply in the real world. Registry is one such thing that the digital world is trying to emulate. The blockchain is a decentralized ledger which holds information of the transactions made by the user.

"The underlying database or registry in which ownership of any asset can be registered is the blockchain. Instead of being maintained by the government, this database is maintained by a network of computers around the world and secured using cryptography. Any transaction involving the transfer of ownership of assets is recorded on the blockchain with the new owner getting a NFT as proof of ownership," said Praphul Chandra, founder, KoineArth. 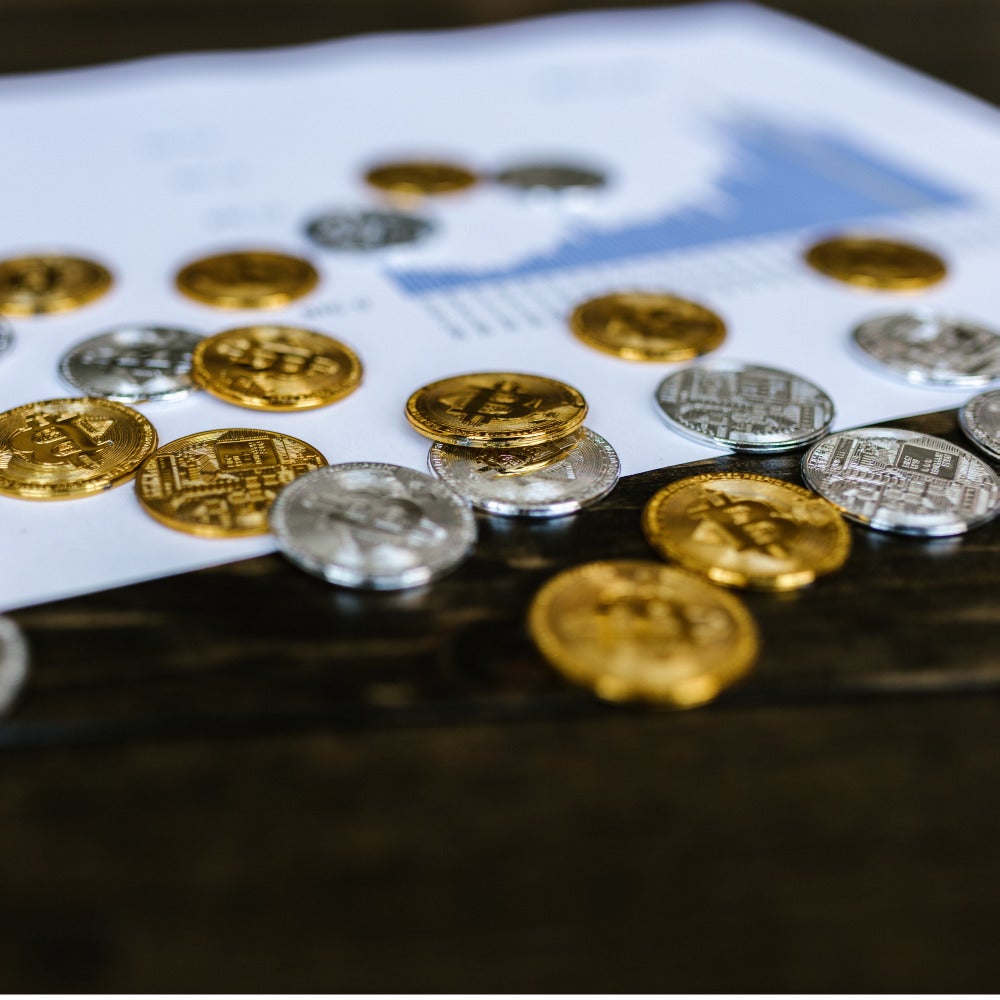 The core principle of decentralisation in the Web 3.0 helps enable blockchain, NFTs, cryptocurrencies, metaverse, etc. The advent of web 3.0 has helped NFT become an avenue for budding artists as artists are interested in selling their art digitally as NFTs for which they can be paid using cryptocurrency or fiat currency. People can build their own organization without a central authority using smart contracts or the blockchain. This organization is known as Decentralized Authority Organization (DAO). Brands are also boarding the train of this trend.

The interconnectedness of NFTs, crypto, blockchain, metaverse and other avenues makes it immensely easier for the Web 3.0 operability.

"With its roots in decentralization, Web3 can enable a metaverse where a user has freedom and control over its own finances, content, merchandise, real estate, etc, without having to pay or deal with intermediaries. Through Web3, creators can earn directly for their curated content or products without having to accommodate third parties, thus, for the entertainment sector, the intersection of Web3 and metaverse has led to innumerable opportunities to earn, innovate, and interact with their fans," said Aniket Jindal, co-founder, Biconomy.

Blockchain has been one of the more revered innovations by human beings. However, the Web 2.0 has limited its functioning due to its centralised setup. Web 3.0 looks to transform blockchain. According to Aniket Jindal, blockchain technology has been increasingly used in the traditional sectors to leverage security and open mechanisms.

"Blockchain is among the 3 pillars (AI, IoT and Blockchain) of Web 3. While AI helps in decoding and filtering data, Blockchain helps in achieving decentralized data storage offering the much needed security (which is a challenge in Web2) and finally IoT which helps with the interoperability of Web 3 to connect the internet to smart devices," said Tarusha Mittal, co-founder and COO, UniFarm.

The metaverse is another such avenue that Web 3.0 has enabled. An extension of the expansive nature of the Web 3.0, metaverse has also become buzzword. A virtual world where people can explore digitally fabricated environments using the virtual reality, augmented reality or the mixed reality devices. The metaverse as a sector has received a lot of attention from the gaming sector.

"The revolution that Jio brought in India has enabled high-speed internet in the hinterlands as well as the smartphone penetration has gone through the roofs. India is now one of the best places where the games could be launched as an audience. Many of these games need volume. Gaming guilds in the Web 3.0 space would also be a huge area in India," said Sandeep Nailwal, co-founder, Polygon.

The decentralized ledger technology (DLT) is said to be the foundation of blockchain and cryptocurrency technology. The DLT enables the cohesive and machine-driven smart contracts based Web 3.0. The focus of decentralized technologies is to have an open and secure network where data breaches, manipulation, and alteration of data becomes harder which makes it less susceptible to fraudulent activities. Transactions made on the ledger are recorded with an immutable cryptographic signature called a hash. This makes the tokens interoperable hence providing a safe, secure and decentralized ecosystem to trade in digital currency. Furthermore, through native tokens, firms can build their own strong community which would also be a part of various major discussions and would have decision making power through the tokens. Additionally, tokens can also have utility, allowing users to have decision making and discussion powers. This enables users to have a say in important company decisions and makes the community-run concept smooth. Before blockchain and Web3, decentralized autonomous organizations were a far off concept but currently, with the accelerated growth of Web 3.0, multiple organizations are exploring this infrastructure to have a strong community of like-minded people who are all willing to expand and grow the company further.

The world is moving at a rapid pace and has witnessed quick and increased adoption of the COVID norms. The COVID-19 pandemic has seen the world move towards becoming digital natives. Decentralization as a central aspect of the Web 3.0 helps with the the transparency and interoperability provided by it.

"Unlike the current financial system, users do not have to go through the traditional numerous, friction-filled steps to interact with and participate in the network. All they need to do is download or install a wallet, and they can start sending and receiving payments without any gatekeeping. Web3.0 also enables access to various global investment options, NFTs, digital art, virtual real estate, etc, which would be inaccessible or difficult to own in the real world," said Kaavya Prasad, founder, Lumos Labs. 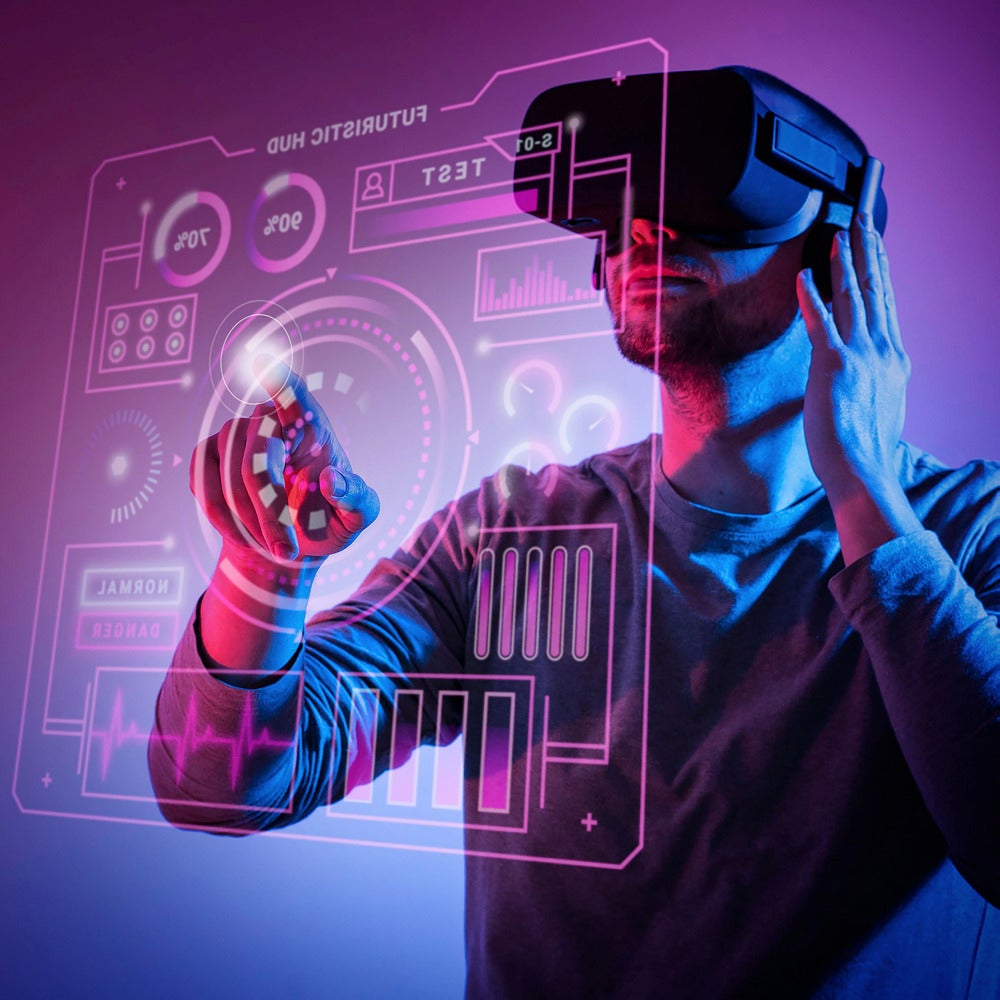 Web 3.0 has not only generated a lot of buzz but also backs that buzz. The use cases are numerous as well as enabling all the latest technology with ease while connecting them in a way that all of the products are interoperable. Web 3.0 as an opportunity is massive. Even though, it is in a nascent stage, there have been multiple developments. Once it is fully enabled, the sky would be the limit.