How Franchises Are Democratizing Luxury

By Jason Daley
August 22, 2015
This story appears in the September 2015 issue of Entrepreneur. Subscribe »

Massages, manicures and other health and beauty treatments, once considered indulgences, are increasingly becoming part of everyday life, made available and affordable to the masses by a number of rapidly growing franchise systems.

"There's been a shift in consumer attitudes," says Debi Lane, CEO of Boise, Idaho-based Lunchbox (A Waxing Salon), which has sold 113 units since it launched in 2010. "These types of things used to be a luxury. Now they are a commodity, something we put on our to-do lists, like picking up the dry cleaning. Except now people put on their list "Go to Whole Foods' and "Get a quick wax.' They don't want to spend half a day in a spa. They want to schedule the service so it suits them."

That's where franchising comes in. Many concepts are leveraging their strong back-end scheduling systems, subscription-style models and size to provide high-quality personal services that are quick and convenient. Lane believes that enabling clients to book appointments online is one of the keys to Lunchbox's success.

"People want a better, cheaper experience in just 15 minutes. Therein lies the challenge," she says. "I really do feel like we've met those demands." 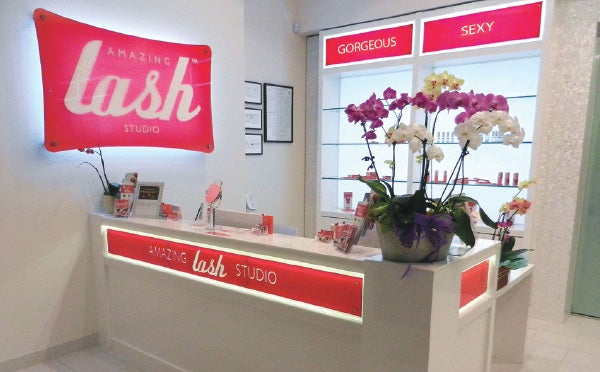 John Leonesio, CEO of Houston- based Amazing Lash Studio, which offers semipermanent lash extensions, says many health and beauty services can be developed into franchises. As founder of Massage Envy, he helped pioneer the membership model followed by many personal-service franchises, wherein clients sign up for a certain number of visits per month that they can schedule online.

"What we do is offer a low introductory rate," he says. "Then, hopefully, people sign up for a membership. It's a model that worked well at Massage Envy. It makes an unpredictable industry predictable. We have a tremendous amount of data about customers coming through the door, and it allows us to schedule staff and growth. What I like about it is that the investment is not extremely high, and revenues are predictable. It makes for a very attractive franchise model."

As Leonesio works to have 50 Amazing Lash units open by the end of the year, he continues to look ahead to the possibility of franchising other personal-service concepts. "There are a ton of things we could apply this model to," he says. "Most of these services are highly fragmented. Any industry that is popular with mainly mom-and-pop operators and no large brands could work. The opportunities are endless." 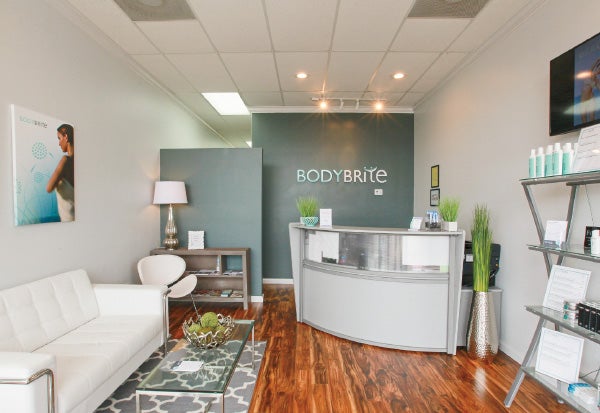 Chris Hardy, founding partner and CEO of Minneapolis-based laser hair-removal and skin-rejuvenation franchise BodyBrite, agrees that franchising has changed his industry. "We didn't necessarily reinvent the brand, but we have taken it and repositioned and streamlined it," he says. "There are a lot of independents in our industry. They go out there and lease or buy equipment and build out a beautiful office space. But it's hard for them to make their service affordable while paying rent and equipment leases. They are usually inefficient with their square footage. We focus on a space that is only 1,000 square feet."

Todd Leff, president and CEO of Hamilton, N.J.-based Hand & Stone Massage and Facial Spa, which has opened 215 units in the U.S. and Canada since it started to franchise in 2006, says the explosion in health and beauty services is driven by convenience. "When you think about the traditional massage industry, getting this service was very inconvenient. It wasn't in retail shopping centers," he says. "It was often in people's homes … or it was available at a day spa and would be very expensive. Franchising made massage affordable, and we offer a better experience for our customers at 50 percent of what they were paying before."

Lane, too, says convenience is a big driver for Lunchbox clients, not to mention consistency of service. By training new aestheticians in Lunchbox's proprietary techniques and paying them well, Lane says, she has achieved a turnover rate of less than half the industry average.

"I want them to see this as a career," she explains. "With that we have a lot of control over quality. When I'm traveling, I know if I go to Lunchbox, I'll get the same wax in Sarasota as I do in Boise."

BodyBrite's Hardy says he learned the hard way who his core customers are and what they want. "At first we thought we needed to be in hip, cool places, and that young people would come to us to look good and be at the forefront of technology," he explains. "We realized instead that our immediate client is the soccer mom. She has a job, young kids, disposable income and a desire to look good. We found that if young people have $50 extra, they aren't going to use it on hair removal." 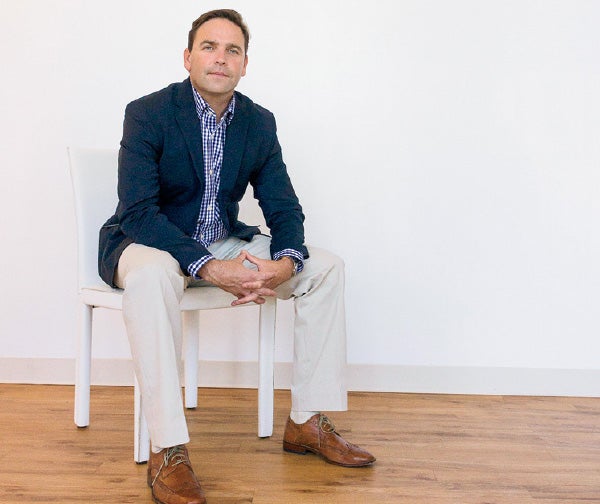 While health and beauty concepts proliferate in the franchise world, one stumbling block is the perception that they can't offer the same quality of experience as a traditional day spa or independent practitioner. While most franchise concepts don't claim to compete with the atmosphere and amenities offered by luxury spas, they are focused on experience.

Leff says Hand & Stone is positioning itself to look and feel like a day spa. "We target somebody who is value-oriented but still wants a higher level of experience. Some of our competition is more clinical. Consumers want it all—value, a more welcoming environment, more pampering. We can deliver that."

Lane, who ran a multiservice high-end spa for years, worked hard to develop the Lunchbox experience, spending a year and a half with a perfumer creating a signature scent and putting together detailed playlists for the audio systems. "From the music to the scent to the way we treat guests, it's all a trickle-down effect from our culture," she says.

From all indications, the personal- care revolution is far from over, as more concepts pop up each year. Michael Gilman was ahead of the curve in 2000, when he launched the Grooming Lounge, a Washington, D.C.-based franchise where men can get a shave, haircut, manicure and pedicure, as well as shop for proprietary products.

"Around the turn of the century, as men's brands started to come out, people started to realize that taking care of yourself is not effeminate or girly," he says. "Some of those taboos came down, and more barbershops and spas broke the barriers and let men know it's OK to do this stuff."

Gilman is confident the men's care category will continue to grow. "I have so many guys who come in with a gift certificate from their wife and tell us, "This is not really my thing,'" he says. "Then the same guys walk out and say they loved it. I think it's flipped 180 degrees where it's not taboo; it's something to be admired, and guys are proud they go."

There's plenty of innovation in the field, too. Jason and Gina Rivera launched Colorado Springs, Colo.-based Phenix Salon Suites in 2011 and built it to more than 100 units. Phenix rents out small salon suites to stylists and gives them the freedom to decorate, play music they like and cut hair the way they want to. The concept acts as both an incubator for new stylists and an opportunity for established stylists to run their own space without taking on the overhead of a full salon.

As Phenix aims to cross the 200-unit mark next year, Jason Rivera looks forward to the continued growth of the personal-care sector. "There's been a societal and cultural change. It's a faster-paced environment, and there are more two-income households where people have to pay attention to personal care because they're out in the work force," he says. "At the same time, people are realizing that massage has an impact on the body, that going to a hairstylist is therapeutic."

Even better for business is the fact that such services demand a human factor that is not going away. "Technology is not going to replace these services," Rivera points out. "You're never going to get an app that cuts and colors your hair or gives you a massage."