How 8 business owners succeeded, almost failed and came back better than ever
Next Article
February 6, 2008 min read
Opinions expressed by Entrepreneur contributors are their own.

Most business owners have experienced difficult times--periods when your finances were lean or business performance didn't quite meet your expectations. But when a business is teetering on the brink of failure, you have two choices: You can throw in the towel or persevere despite the odds. Take a look at eight entrepreneurs who could've given up, but instead chose to look failure in the eyes and fight their way back. 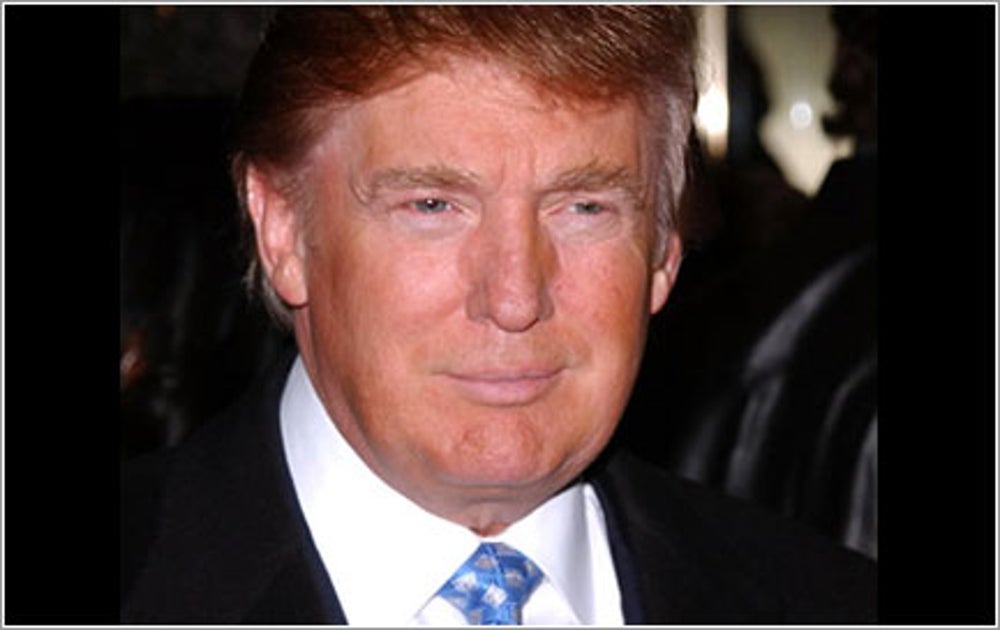 The artful avoidance of bankruptcy

The brink: In 1990, Trump's net worth was estimated at $1.7 billion, but the real estate market suffered a significant decline that year, and many of Trump 19s investments dropped considerably in value. In his book The Art of the Comeback, Trump says he was $900 million in the red. In March of that year, he announced that he might miss his $43 million principal and interest payment on Trump Castle.

The gutsy move that brought him back: Trump leveraged the possibility of bankruptcy as a bargaining tool, which secured a $65 million line of credit, allowing him to survive until the market recovered. Today, Trump reports his net worth as $2.7 billion. 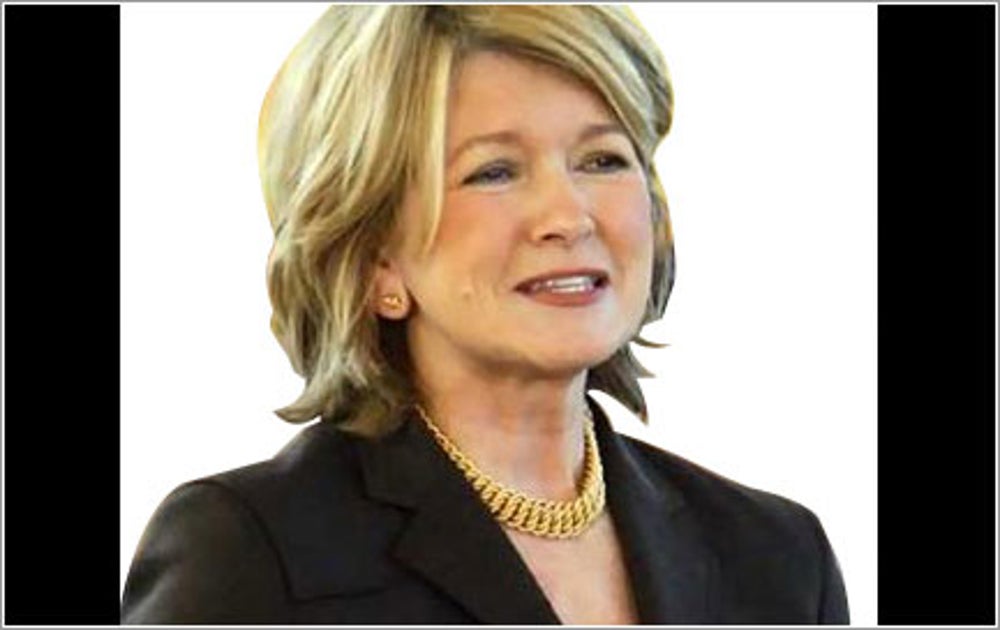 From gourmet guru to jailhouse queen and back

The brink: Martha Stewart was convicted and sent to prison in 2004 for lying about the reasons she sold her shares of a biotechnology stock two years earlier. Following the verdict, shares of her company 19s stock, Martha Stewart Living Omnimedia (MSLO), fell 22 percent, and photos of Stewart in prison attire blanketed the tabloids.

The gutsy move that brought her back: As soon as she was released, Stewart dove back into work, launching a new daytime talk show and forming partnerships with such companies as Lowe 19s, Kodak, KB Homes and Sirius satellite radio. MSLO revenues have steadily increased since her release: For Q3 2006, the company reported $61.1 million in revenues, up 48 percent from the same quarter the prior year.

Lesson learned: Stay poised and focused through a PR nightmare. 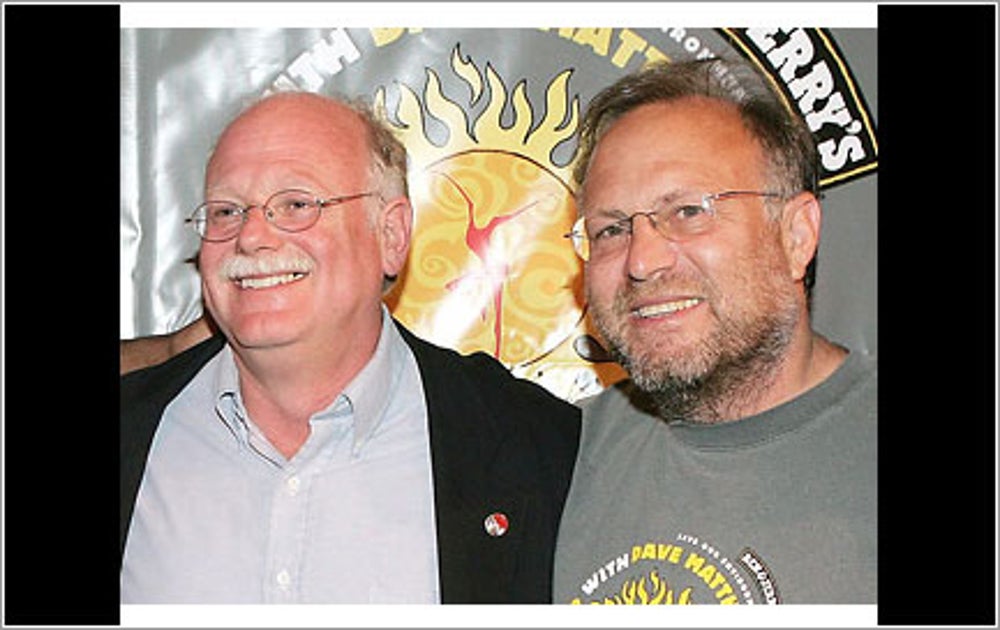 The brink: Ben & Jerry 19s almost got eaten up in 1984 when Haagen-Dazs 19 parent company, Pillsbury, threatened to pull its ice cream from distributors if they didn 19t drop Ben & Jerry 19s. When Cohen inquired about representation with a law firm, he was told it would cost at least $50,000--but Ben & Jerry 19s had only earned $7,000 more than that in net income the previous year.

The gutsy move that brought them back: The partners launched the "What 19s the Doughboy Afraid Of?" campaign, distributing write-in kits containing letters of protest to the FTC and the chairman of the board at Pillsbury. On March 6, 1985, Pillsbury agreed it would not try to coerce distributors to drop Ben & Jerry 19s. In April of 2000, Ben & Jerry 19s was acquired by food manufacturer Unilever for $326 million. 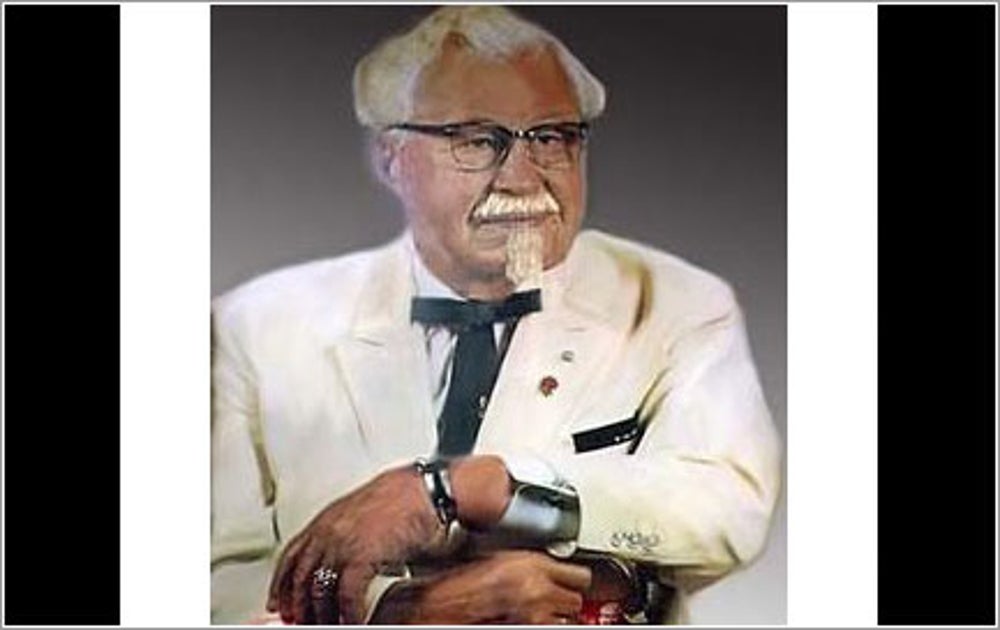 The chicken mogul who could have flown the coop

The brink: In 1955, when a newly built interstate highway bypassed Harland Sanders' original Sanders Court and Café restaurant, the property lost more than half its value, and he had to sell. Despite having a few Kentucky Fried Chicken franchise locations, Sanders was left virtually penniless after paying off his debts.

The gutsy move that brought him back: Though Sanders had just celebrated his 65th birthday, he refused to give up on his "original recipe" chicken. He continued working, and by 1960, he had more than 400 franchise units in operation. Four years later, he sold his interest in the company to a group of investors for $2 million, though he remained a company spokesperson until he died in 1980. 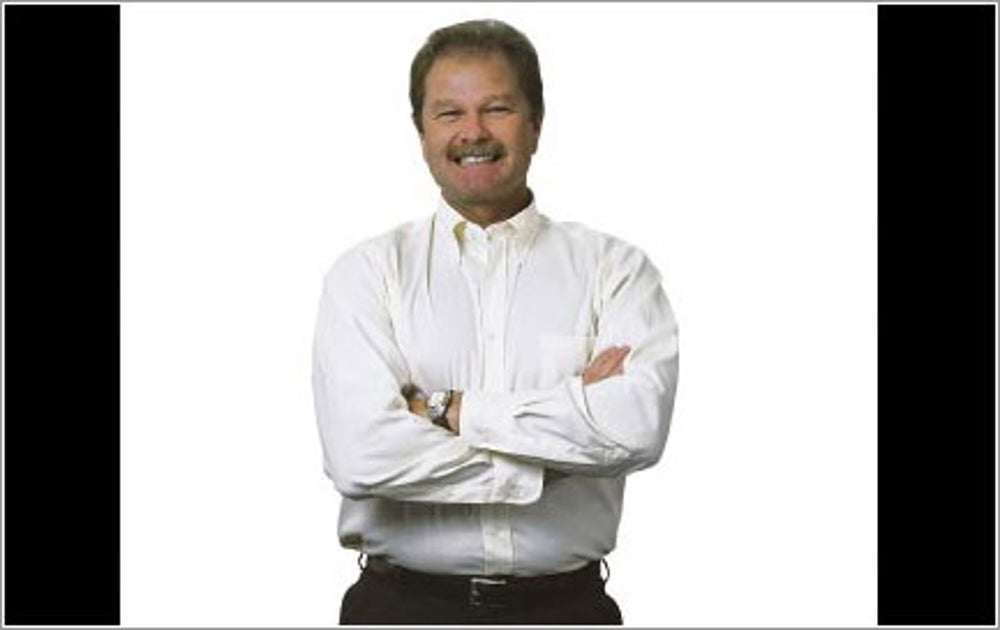 The brink: Gary Heavin's fitness club, Women 19s World of Fitness, was so successful that within six years, he and his brother had opened 14 locations and Heavin became a millionaire. Soon after, they hit a wall. Their overhead expenses were too high, and they weren 19t generating enough memberships to keep up. In 1986, the business went bankrupt, and Heavin lost everything--his house, his jet and even his marriage.

The gutsy move that brought him back: Four years later, Heavin married Diane Piller and the two developed a plan for a new women 19s fitness center. The center would offer a limited set of equipment for circuit training and provide a 30-minute express-style workout, thus minimizing startup costs while offering a revolutionary new approach to women 19s fitness. The first Curves location opened in 1992, followed by the first franchise location three years later. Today Curves has more than 10,000 locations worldwide.

Lesson learned: If at first you don't succeed, rethink your concept and try again. 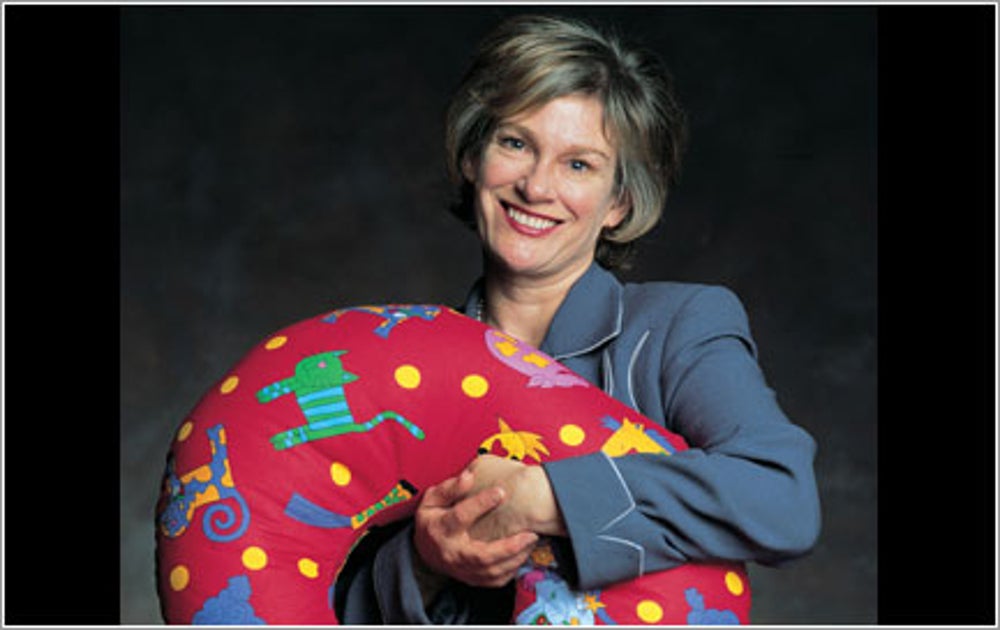 Slow and steady wins the race

The brink: Susan Brown, who created the Boppy, a pillow used to aid breastfeeding moms and to give infants added support when sitting up, was selling her product in 100 specialty children 19s stores by 1990. The business was hovering around $2 million in sales, but cash was running out, and Brown couldn't secure a loan from a traditional bank.

The gutsy move that brought her back: Brown started using the services of a factoring agency, which immediately gave her 80 percent the revenue of her invoices, so she wouldn't have to wait the typical 30 days for payment. She also asked her employees to take a 15 to 30 percent decrease in pay--and all agreed. The business inched along until acquiring its first major account in 1995. Today Boppy Co. generates $40 million in retail sales annually.

Lesson learned: Creative financing and generous employees can help you get through the tough times. 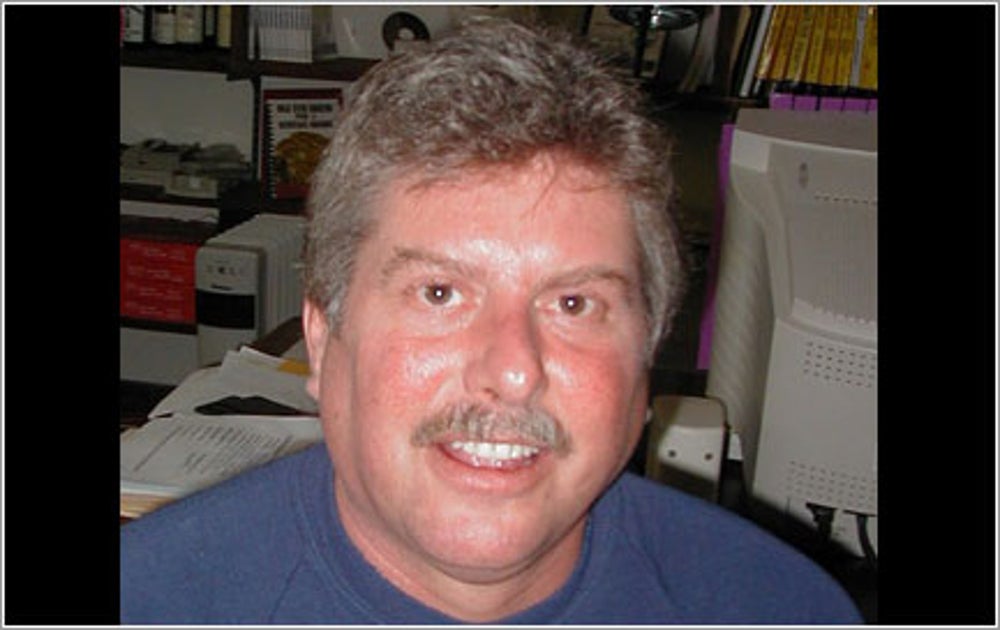 Writing a new ending to his business

The brink: In 2000, Barry Schoenborn's technical writing business was hit by the recession. His contracts dried up, and to stay afloat, he used loans and credit cards, racking up $85,000 in debt.

The gutsy move that brought him back: Despite the fact that his company was running on borrowed money, Schoenborn hired a new employee to help with clerical and accounting work, freeing up his time to pursue writing contracts more aggressively. The strategy paid off, helping the business pick up plenty of new jobs. Today his business has five employees, and in October of 2006, Shoenborn made the final payment on the debt accrued during the recession.

Lesson learned: Risk it all to stay in business. 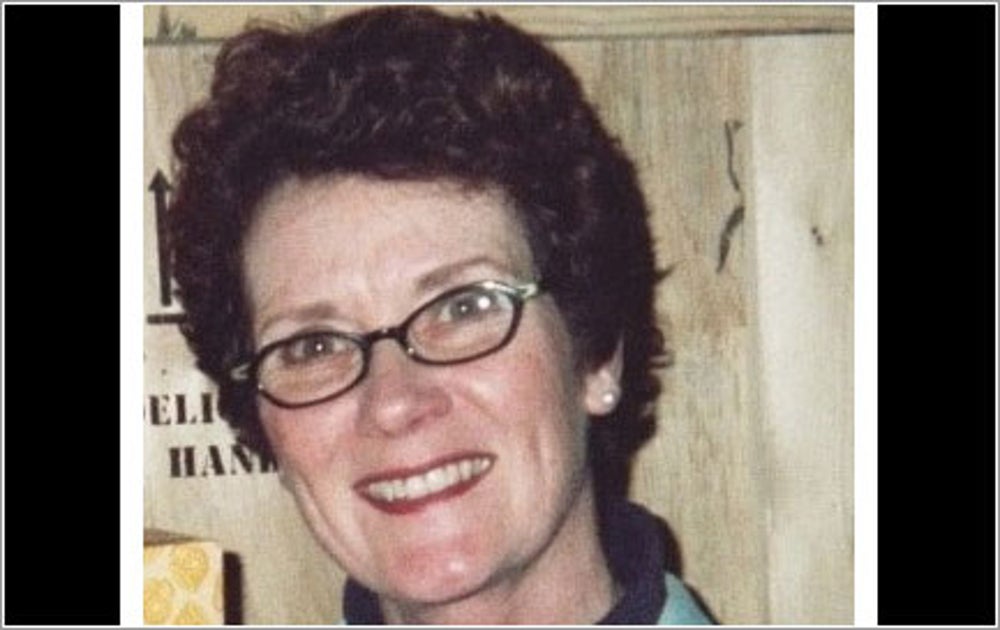 Even selling a comfort product can be overwhelming.

The brink: Tedde McMillen and Heather Howitt were overwhelmed. Their company, Oregon Chai, founded in 1994, was forced to recall $15,000 worth of product after its first big retail sale because of mold. About that same time, they received a much-needed SBA loan for $50,000, but Howitt signed an agreement with an ad agency for roughly the same amount--leaving the business starving for cash. To add to the mounting problems, they were forced to change the product packaging so it could be sold at room temperature. "Everything was moving so fast," says McMillen. "I started taking Paxil because I was having anxiety attacks."

The gutsy move that brought them back: Just in the nick of time, they found an angel investor who put $150,000 into the business. By 2004, Oregon Chai was serving up seven varieties of tea and generating $35 million in sales per year. When Kerry Group, a food development company based in Ireland, offered $75 million for the business that year, they decided to jump at the offer and sell.

Lesson learned: Help will find you when you most need it.