After a football fame, entrepreneurship beckons some gridiron vets. Here, a look at notable players now calling their own shots.
Next Article

What do football players do after they retire from the National Football League? Turns out many want to become entrepreneurs. About 700 players have attended the NFL Business Management and Entrepreneurial Program since its inception in 2005, according to former New York Giants defensive tackle Lance Legree, now the NFL's manager of player engagement. Held annually at top-tier graduate schools across the U.S., the workshops aim to help players who are interested in owning, operating or building their own businesses. Here, we look at nine notable NFL stars who have gone on from the league to own businesses. 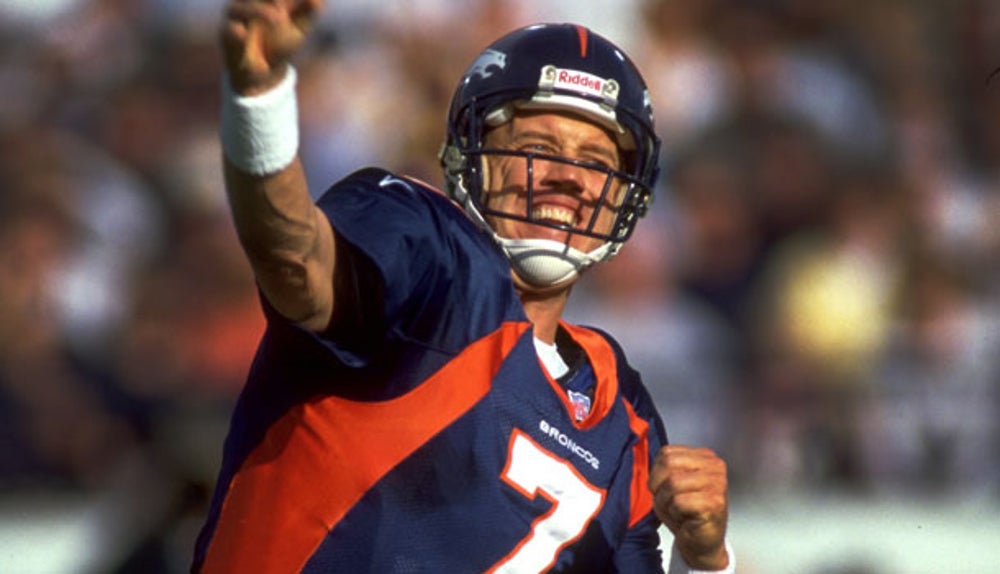 Hall of Fame quarterback John Elway spent his entire career with the Denver Broncos and led the team to its first Super Bowl championship in 1998 and again in 1999. While he's the executive vice president of football operations for the Broncos, he owns several businesses. Elway purchased Manhattan Beach Toyota in California in 2007 and is co-owner of Crown Toyota in Ontario, Calif. In Denver, Elway co-owns the Elway's Downtown restaurant and has plans to open another in Vail, Colo., before the end of the year. "I've never relied on [my] name," Elway told the Associated Press. "I've always relied on the product we're selling and our people that are doing it, our managers, our operators, and they're the ones that carry the torches as far as philosophy." 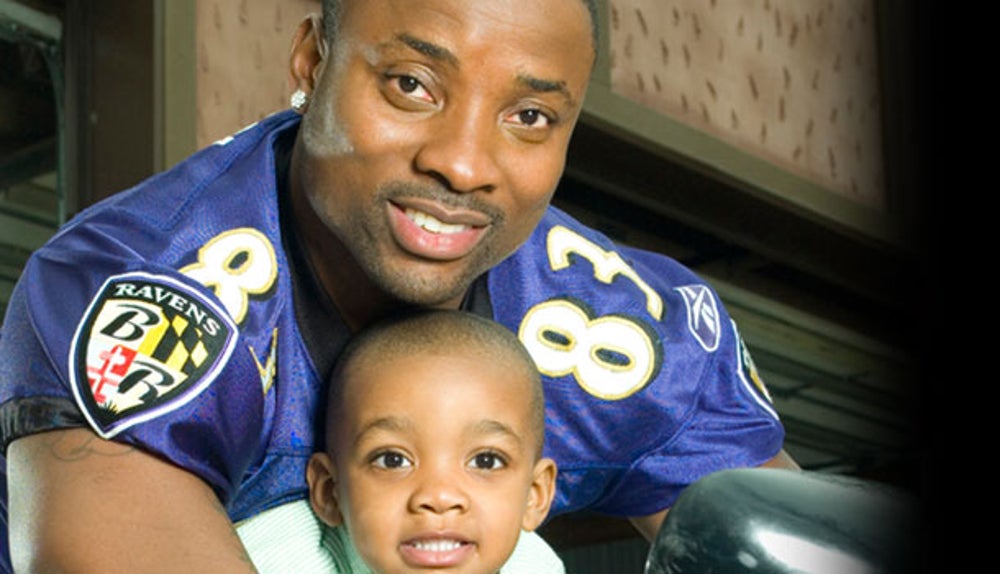 Daniel Wilcox spent the majority of his eight-year career playing tight end for the Baltimore Ravens, but injuries forced him to retire following the 2008 season. For his second act, Wilcox launched Atlanta-based residential and commercial remodeling business Mr. 83 Degreez Renovations and Designs in 2009, named after the number 83 he wore on his jersey. The company employs six and hires more than 100 subcontractors annually. "After playing football for so long I didn't want to have a boss anymore," Wilcox says. "I wanted to be the boss." In 2010, Wilcox and his wife Shauna started a second business: an event-planning and design company called Strickly [sic] Posh Designs. 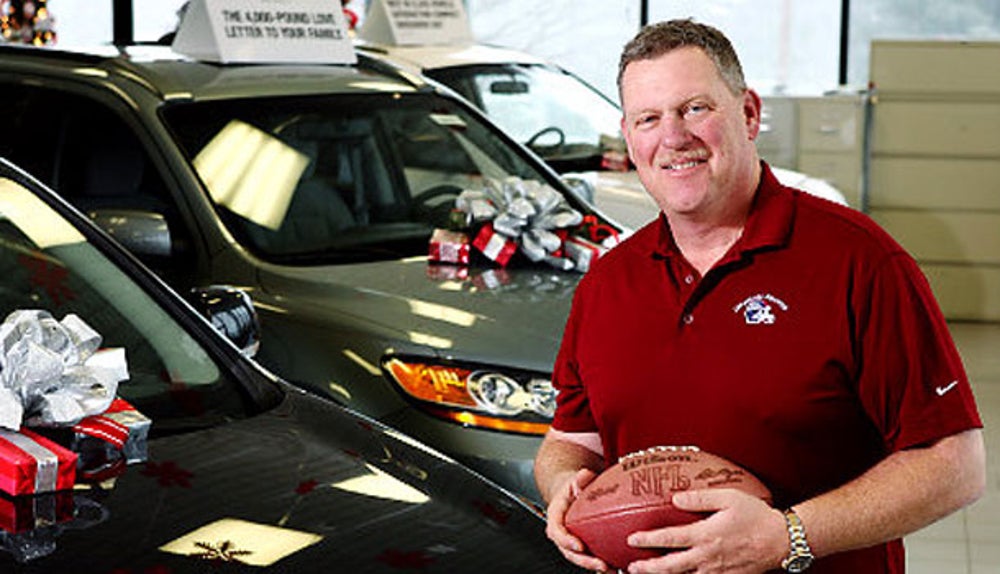 After playing for the New York Giants for a decade, offensive lineman Brad Benson retired from the game in 1987, a year after "Big Blue" beat the Denver Broncos in Super Bowl XXI. After a stint as a car salesman in the late 1980s, Benson now owns Hyundai and Mitsubishi dealerships in South Brunswick, N.J. The outspoken owner has become known equally in the metro New York City area for his career in the NFL as for his often-controversial radio commercials. For instance, in one ad Benson talks about purchasing a goal post from the old Giants stadium and made an innuendo about "erecting" the 40-foot structure in front of his dealership. 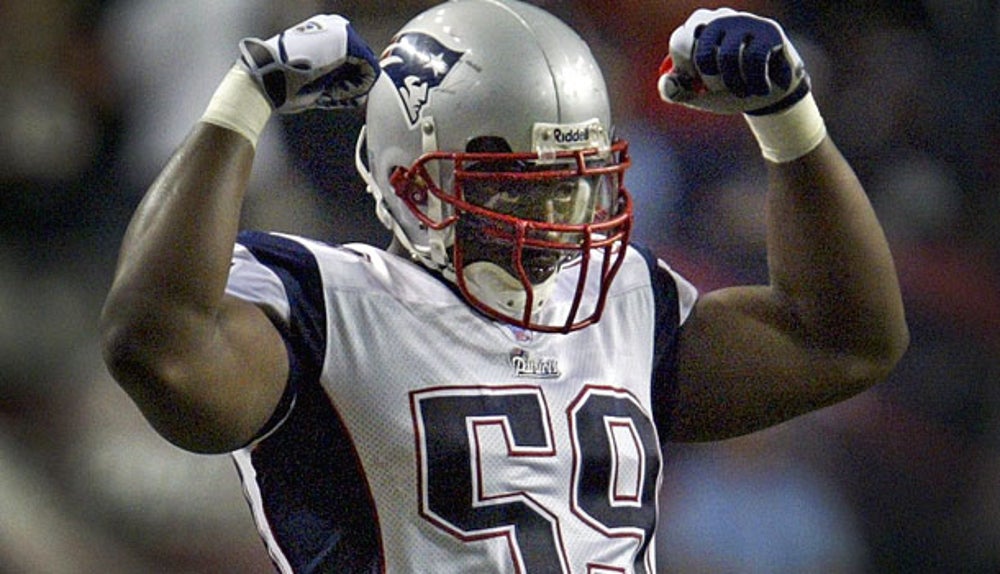 Linebacker Rosevelt Colvin was a key member of the New England Patriots when the team won its first Super Bowl championship in 2002, then again in 2004 and 2005. But after being sidelined in 2003 with a fractured hip, Colvin started wondering what to do after his career in the NFL. The following year, he became a franchisee of The UPS Store and opened a store in his hometown of Indianapolis. In 2009, he and his wife Tiffany opened a cupcake business called Sweeties Gourmet Treats. Colvin says revenues at The UPS Store have increased "double digits" since he started managing it full time in 2009. "As an athlete, you're always competitive," Colvin says. "You look for another challenge to tackle, to be a part of." 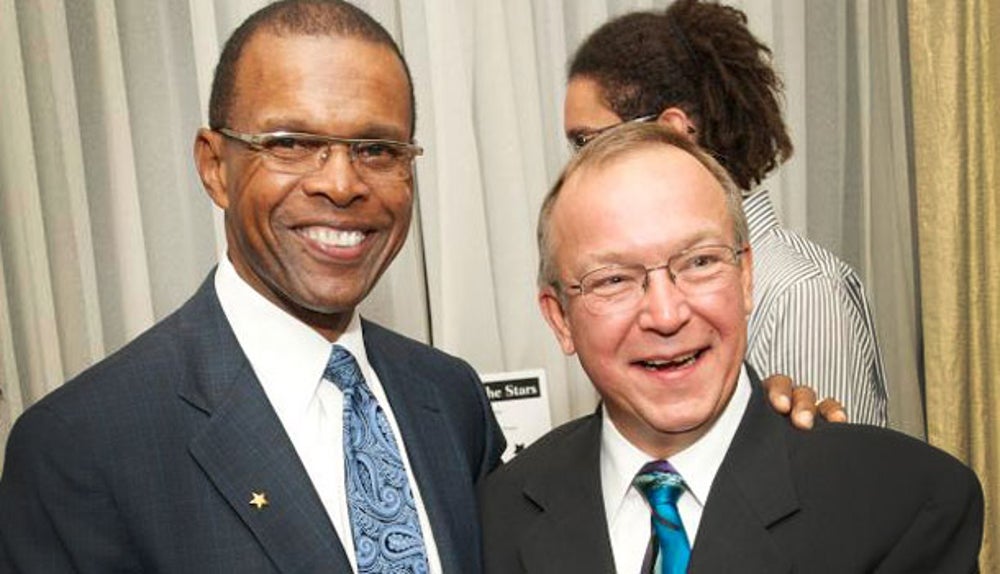 Chicago Bears running back Gale Sayers (above left) had an incredible football career. In 1965, he scored 22 touchdowns -- more than any player in the history of the NFL in one season. He led the league in rushing twice and once scored six touchdowns in a single game. Sayers took his tenacity on the field to business in 1984 when he launched Crest Computer Supply Co. in Chicago. The company is now known simply as Sayers, and provides information technology products, services and support. "As remarkable as Gale's Hall of Fame football career was, I am even more impressed with what he has done since he retired," Dick Butkus, a former Bears teammate, wrote in the forward to Sayers' 2007 book, My Life and Times. 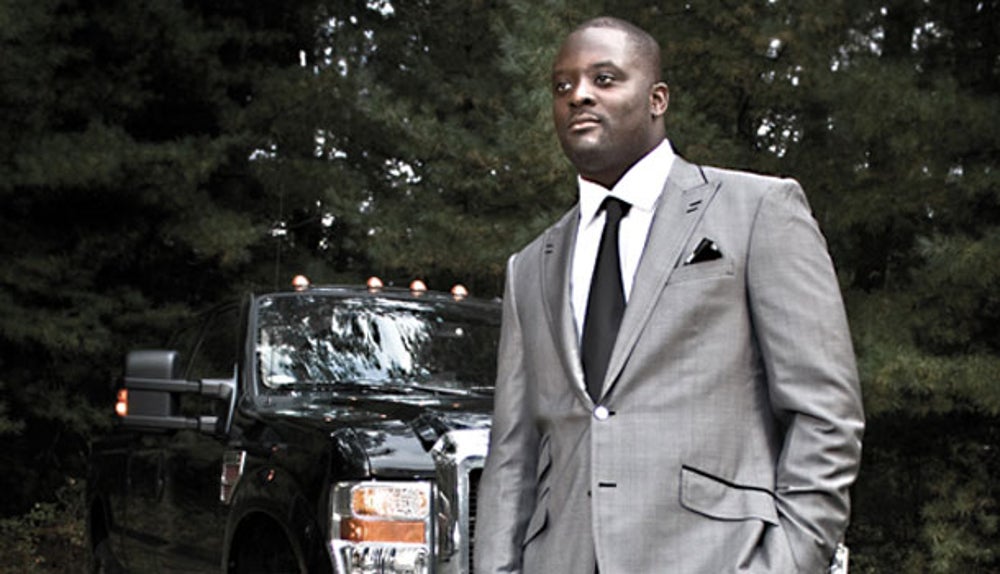 Jarvis Green was selected in the fourth round of the 2002 draft by the New England Patriots and played defensive end for the team for eight seasons. In 2004, Green opened a liquor store in Baton Rouge, La., called Green's Purple & Gold, named after the colors of his alma mater, Louisiana State University. He sold the business four years later. He also owned a restaurant called The Capitol before it closed earlier this year. Currently, Green is a co-owner of a commercial construction company called First Millennium Construction, also based in Baton Rouge. Of becoming a business owner, Green says, "I didn't want to be known just as a football player because I'm so much more than that." 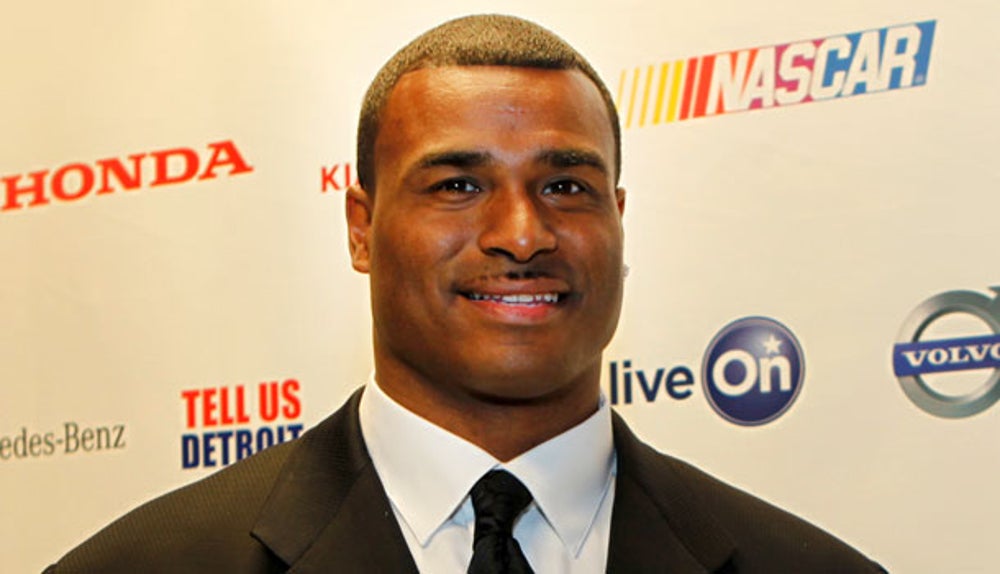 Dallas native Jessie Armstead had a decade-long career in the NFL as a linebacker and played in five Pro Bowl all-star games. Following his retirement, Armstead decided he wanted to go into business for himself. For several years he would drive friends and family to an empty lot in New Jersey to show them where he planned to open a car dealership. "People thought I was losing my mind when I would bring them out here," Armstead told The Star-Ledger newspaper. Finally in 2009, Armstead and his partner, automotive industry veteran Mike Saporito, co-founded Hamilton Honda, a car dealership located on a 12-acre campus in Hamilton, N.J. Last year, the business pulled in more than $100 million in revenue, he says. 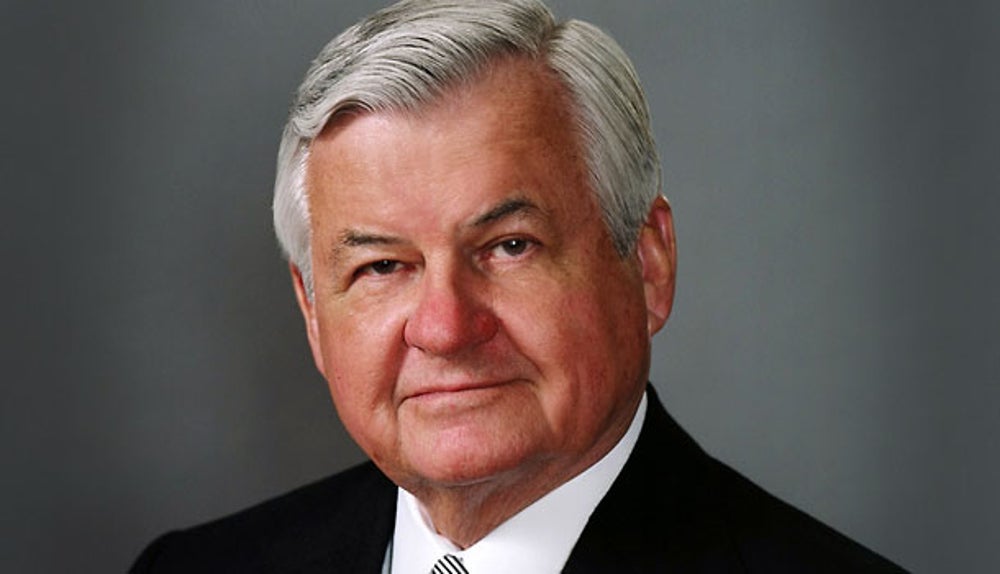 Jerry Richardson scored only four touchdowns as an NFL player, but one of them won the 1959 NFL championship. Following that season, Richardson partnered with a friend and the two became Hardee's franchisees. Over the next decade, the men grew their company to include more than 220 Hardee's franchises. They sold it in 1979 for $80 million. Richardson stayed on under the new ownership as president and CEO. In 1993, after NFL owners agreed to create an expansion team, Richardson became founder and owner of the Carolina Panthers. Nicknamed "Big Cat," Richardson, 75, never missed a Panthers home game until 2008 due to a health issue. 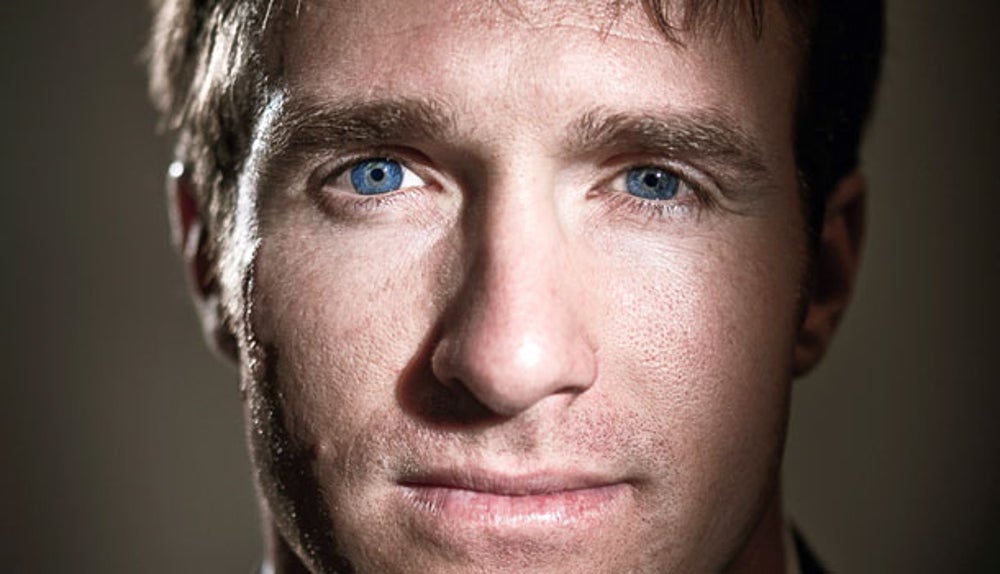 After five seasons with the San Diego Chargers, Drew Brees joined the New Orleans Saints in 2006. The four-time Pro Bowl quarterback led the Saints to a Super Bowl championship in 2010. Now, as he's getting ready to kick off this year's season with the Saints, Brees is preparing to open a Jimmy John's franchise in the Crescent City. "It all starts with just really loving the product," Brees told Entrepreneur last year. "I was exposed to Jimmy John's during my freshman year at Purdue. I ate there all the time and had it delivered to my dorm room all the time."