If Silicon Valley is widely considered a kind of promised land in today’s startup landscape, certain Israeli entrepreneurs have their sights set on a different dream: New York City.

Given its relative proximity to Israel and overlapping cultural propensities, a brand new accelerator called ICONYC labs is aiming to help five Israeli founders take a bite out of the Big Apple.

Israeli entrepreneurs, who tend to be solution-oriented, tech-savvy and frank communicators -- due in no small part to the fact that military service is compulsory at age 18 -- mesh well in New York’s slightly more grounded ecosphere, ICONYC's founders say.

ICONYC, which launched last April, offers each of its startups a $20,000 stipend and office space at co-working hub AlleyNYC in exchange for an 8 percent stake in each company. (It hopes to add 10 more companies to its portfolio by year’s end.)

Related: What Two Years in the Israeli Army Taught Me About Leadership

During the six-month program, ICONYC connects founders with local VCs, coaches them on how to conduct business in the U.S. (storytelling, for instance, tends to be a particularly weak spot) and brings in mentors and advisors -- including the founders of burgeoning brands like Casper and Boxed.

From ecommerce to agricultural tech to the Internet of Things (IoT), ICONYC’s first batch of startups is strikingly diverse -- though the businesses are united by a common theme of smart data, notes ICONYC co-founder Arie Abecassis. “Israelis are more focused on core technology than that something looks good on the surface,” explains Sharon Mirsky, the firm’s third partner.

Meet the accelerator’s first class of startups below: 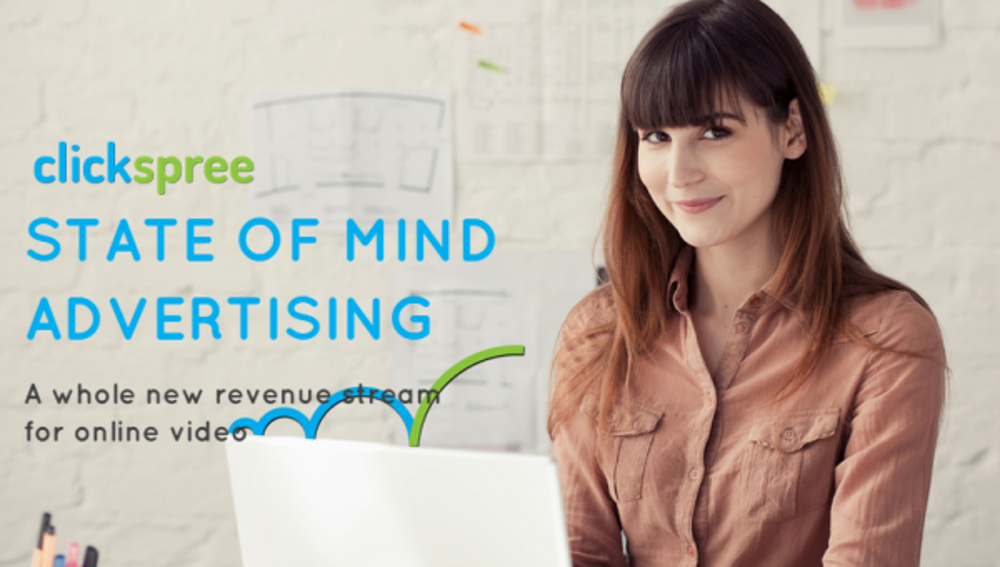 Founders: Nati Schlesinger, 40, and Benzi Zadik, 40
Business: Online video advertising technology primarily aimed at media companies that uses cognitive psychology to determine when and where to display ads. The company analyzes a video’s audio components, length and past interactions in order to refine optimal delivery.
Bottom line: Clickspree, which raised a seed round in Israel, is currently seeking potential publisher clients in New York. The company plans to monetize using a revenue-sharing model.

Related: 7 Things to Do to Get the Most Out of a Startup Accelerator 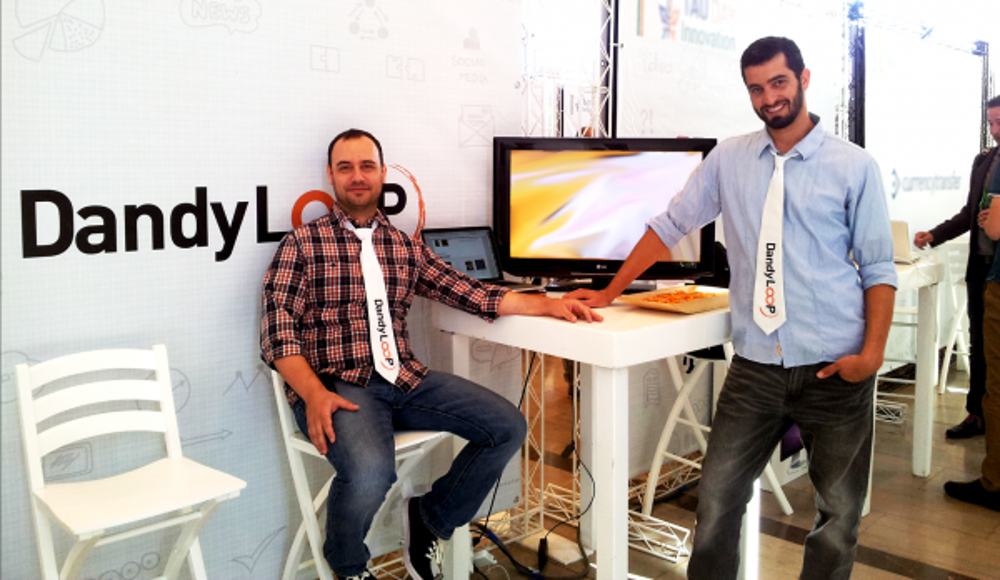 Founders: Amit Smoller, 43, and Omer Rachamim, 31
Business: Like Outbrain for ecommerce, DandyLoop is a plugin for Shopify stores that lets independent e-tailers -- many of whom struggle to drum up traffic -- cross-promote one another’s non-competing products in each of their respective "recommended for you" sections.
Bottom line: DandyLoop, which is close to closing a seed round, currently counts 582 online stores who are using the platform for free. Eventually, the company envisions charging a monthly fee -- depending on the size of each e-tailer -- that will begin at $15. 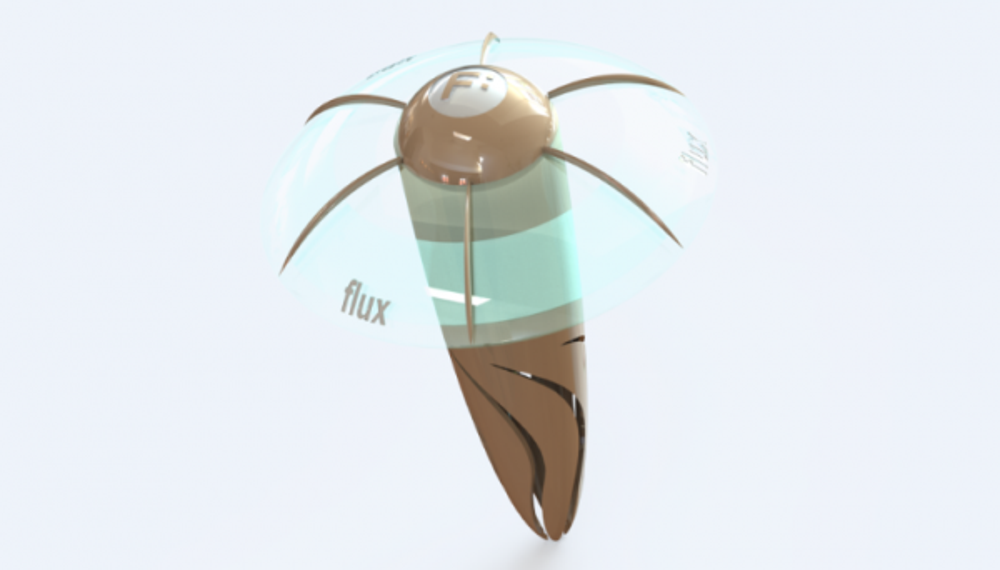 Founders: Nir Hertzman, 41, Karin Kloosterman, 41, and Amichai Yifrach, 41
Business: Flux manufactures a censor device for small-scale hydroponic farmers that can monitor, automate and adjust optimal conditions for plants. A corresponding mobile app enables farmers to monitor growth remotely. Ultimately, the team wants to help shift away from industrial farming paradigms to a more sustainable urban-farming model.
Bottom line: Flux hopes to produce a short run of 200 devices in coming months, which it anticipates selling for $100 each. While it doesn’t ultimately want to become a cannabis company, that could serve as a lucrative target market initially, Kloosterman says. 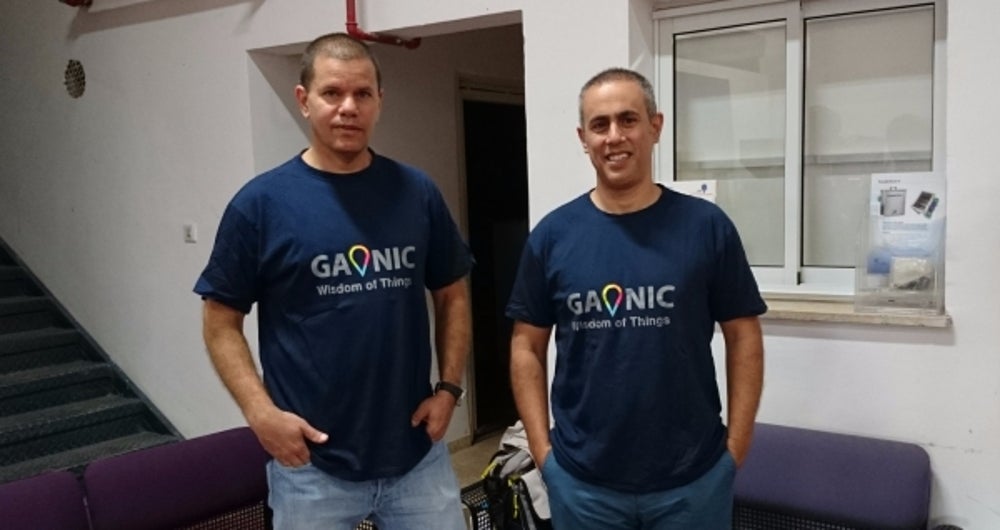 Gaonic's Nadav Herz and Rami Rafaeli
Image credit: ICONYC labs
Founders: Nadav Herz, 46, and Rami Rafaeli, 45
Business: A cloud-based platform that helps industrial clients gather, store and analyze data from their IoT machinery. For instance, in the smart cities of the future, Gaonic might help utility companies optimize the ways in which their equipment is delivering energy, water or gas.
Bottom line: Gaonic has been mostly bootstrapped thus far. As the IoT continues to grow, Rafaeli believes that we could see connected cities in as soon as 5 years. 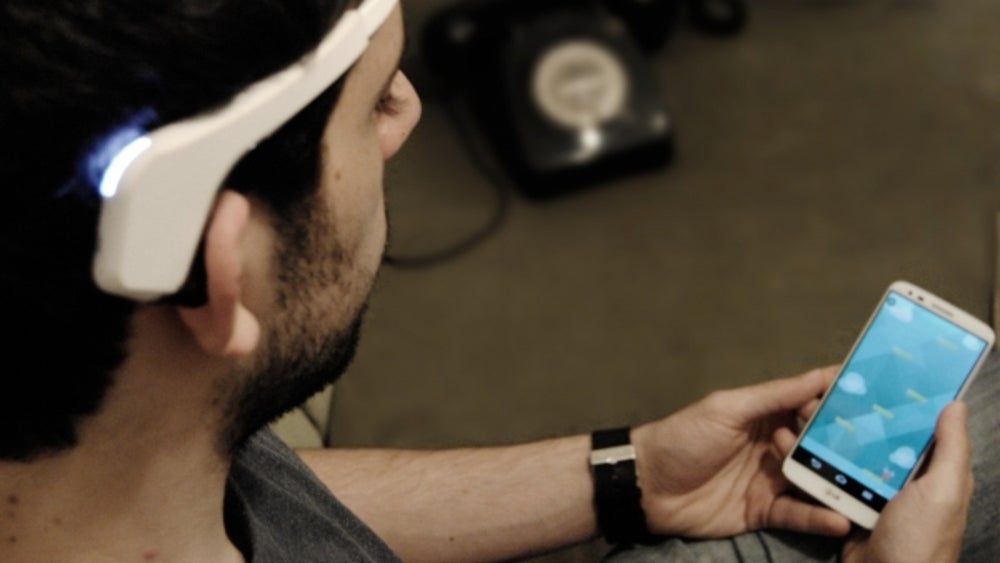 Founders: Anas Abu Mukh, 22, and Aziz Kaddan, 22
Business: A mobile app -- used in conjunction with an off-the-shelf brain monitoring headset -- that is intended to help ADHD patients improve their concentration. One game, for instance, features two aliens running a race. The deeper one concentrates, the faster one runs.
Bottom line: Myndlift is still in its alpha testing phase and is nearing the close of its seed round. The team plans to sell its software to clinics that already offer neurofeedback therapy (as such treatment is called,) or directly to consumers using a $15 per month subscription model.

Editor's Note: Entrepreneur Media is an investor and partner with AlleyNYC, a co-working space in New York City.

Making the Most of an Accelerator Program: 4 Startup Strategies

The Story Behind the Nation's First Standalone LGBTQ+ Accelerator, Which Graduates Its 20th Startup Today