2016 is finally coming to a close. From Donald Trump’s victory in the presidential election, the phenomenon of Pokémon Go to the loss of many inspirational figures -- needless to say, it’s been a roller coaster of a year. And as we make our way into the new year, we’ve taken a stroll down memory lane.

Check out these 16 shocking moments from the past year.

Related: The 8 Most Inspiring Moments of 2016 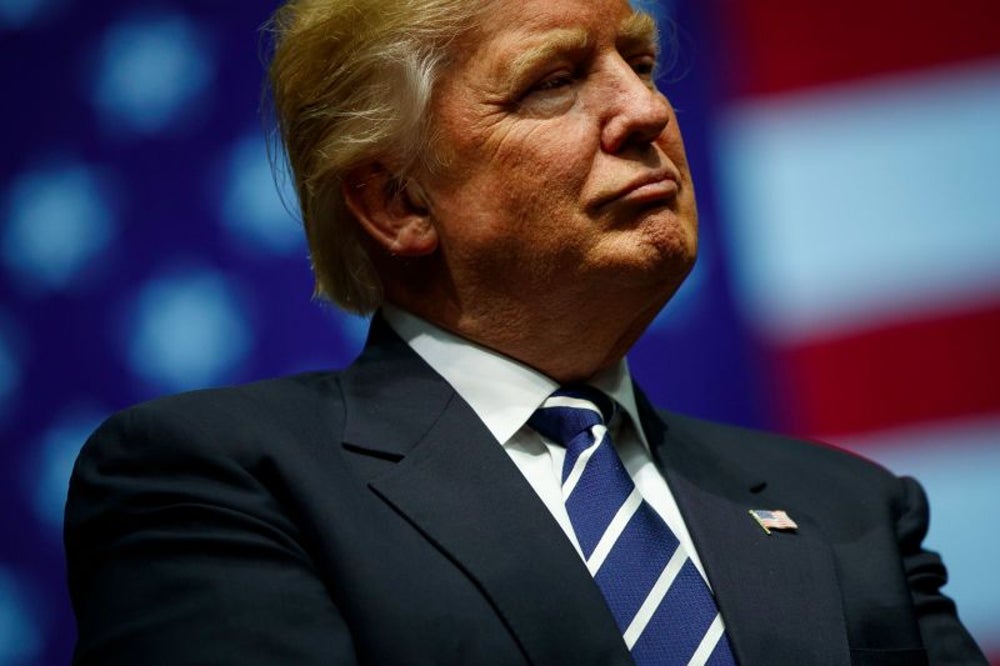 The world was stunned on Nov. 8 as Donald Trump won the electoral vote by a landslide. For some, this win was a moment of hope and change for America. Others felt confused, afraid, uncertain, angry and sad. An air of uncertainty swept the nation.

“Many entrepreneurs I know are concerned about certain industries as well, including solar power, environmental solutions and platforms, and financial technology,” says John Rampton, co-founder and CEO of Due.com. “Because of their concern about whether or not Trump would actually continue to help stimulate the growth of startups and entrepreneurship or he would turn his attention back to big business.”

Theranos finds itself in hot water. 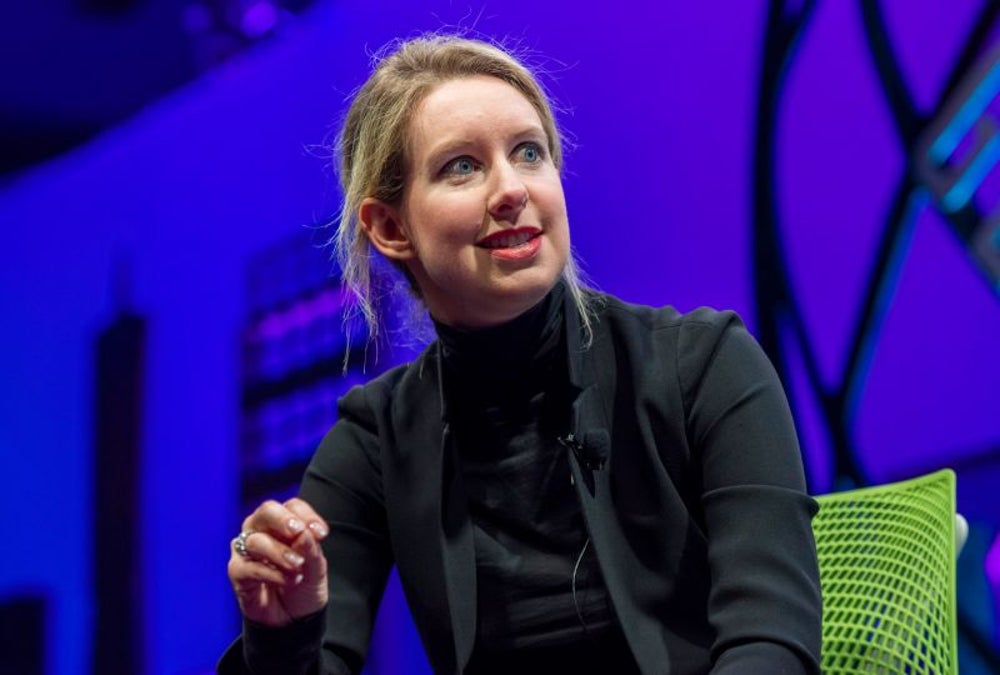 We’ve seen Theranos -- and founder Elizabeth Holmes -- crash and burn this year. Theranos was caught in an apparent lie when it claimed its Edison testing machine could conduct blood tests with just a few drops of blood instead of vials. Its technology produced inaccurate blood tests for the past two years, posing major risks for patients and doctors who used the machines.

As a result, the company voided two years worth of blood test results, its license was revoked and Holmes banned from owning or operating a lab for two years. It doesn’t stop there though. A number of patients filed suit against the company, claiming the faulty tests led to other health concerns.

Needless to say, it’s been a rocky year for the company.

The rise of fake news. 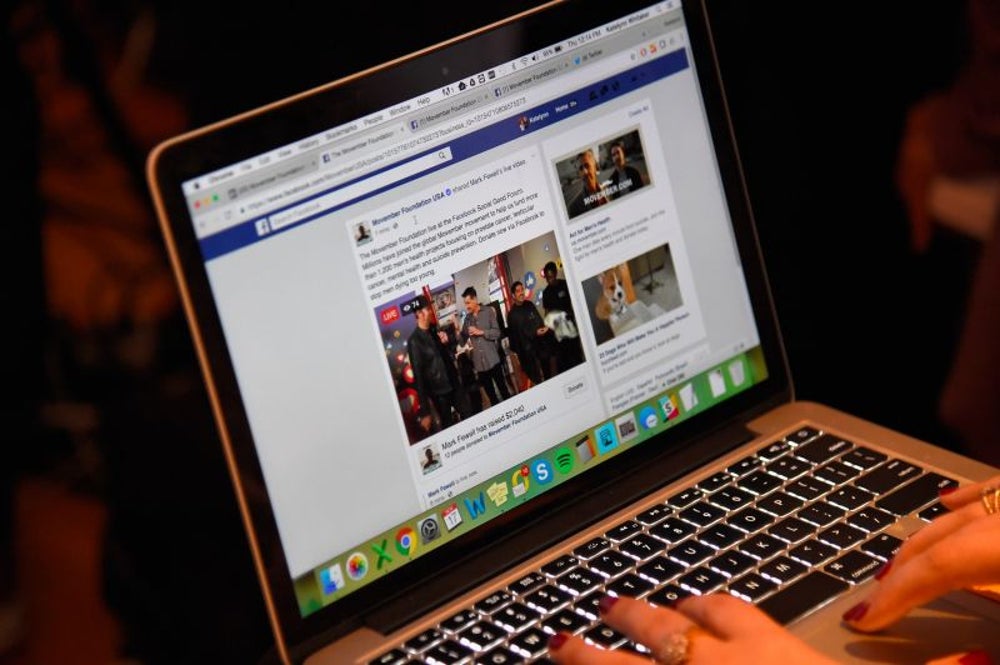 Social networks have become major hubs for people to get their daily dose of breaking news. But what happens when these outlets start spreading fake news stories? We learned the hard way in 2016.

Websites such as The National Report and Empire News that deliberately publish misinformation slipped through the cracks and wound up going viral on social media sites. Facebook, overconfident in its technology, fired the editorial team responsible for curating the Trending Topics page and solely relied on algorithms to fill the role. That seemed to backfire. Immediately after cutting loose its human editors, the algorithm posted a fake news story about Fox News host Megyn Kelly being fired for backing Hillary Clinton to its site.

Twitter and Google have also been scrutinized for allowing fake news to infiltrate their platforms -- some critics going as far to say that fake news influenced the presidential elections. Updating their policies, strengthening ad blockers, improving technology -- tech companies have claimed they’re developing ways to crack down on fake news, but it will remain an ongoing issue into next tear. 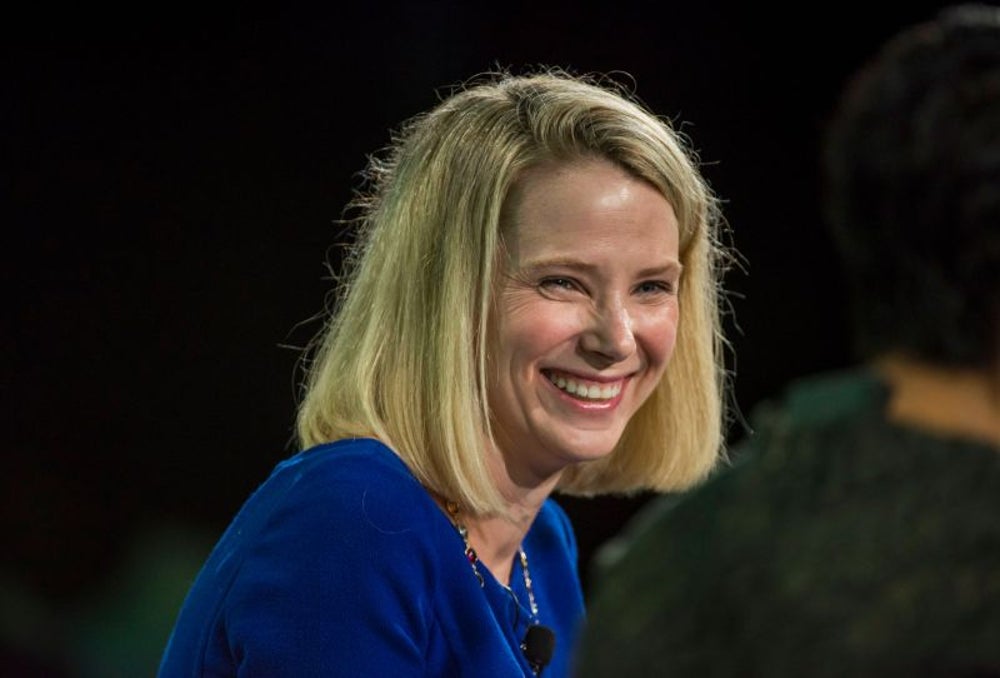 Yahoo may soon fall under the Verizon umbrella, but we're shocked that Marissa Mayer is still its CEO. While the company has seen a major decline in traffic and revenue, for some reason Mayer still manages to stick around.

From excessive spending habits to strict HR policies, people wonder why Mayer hasn’t said farewell to Yahoo -- or why it hasn’t said farewell to her. Throwing a $7 million Christmas party, requiring all remotely-working Yahoo employees to start coming into the office, giving her employees grades like they’re back in high school -- there’s a lot Mayer has been criticized for.

Verizon’s recent acquisition of Yahoo also had some bumps when the latter failed to disclose a cybersecurity attack of more than 500 million email address. And in Yahoo's most recent debacle, the company revealed that more than 1 billion accounts were compromised in a newly discovered data breach from 2013. 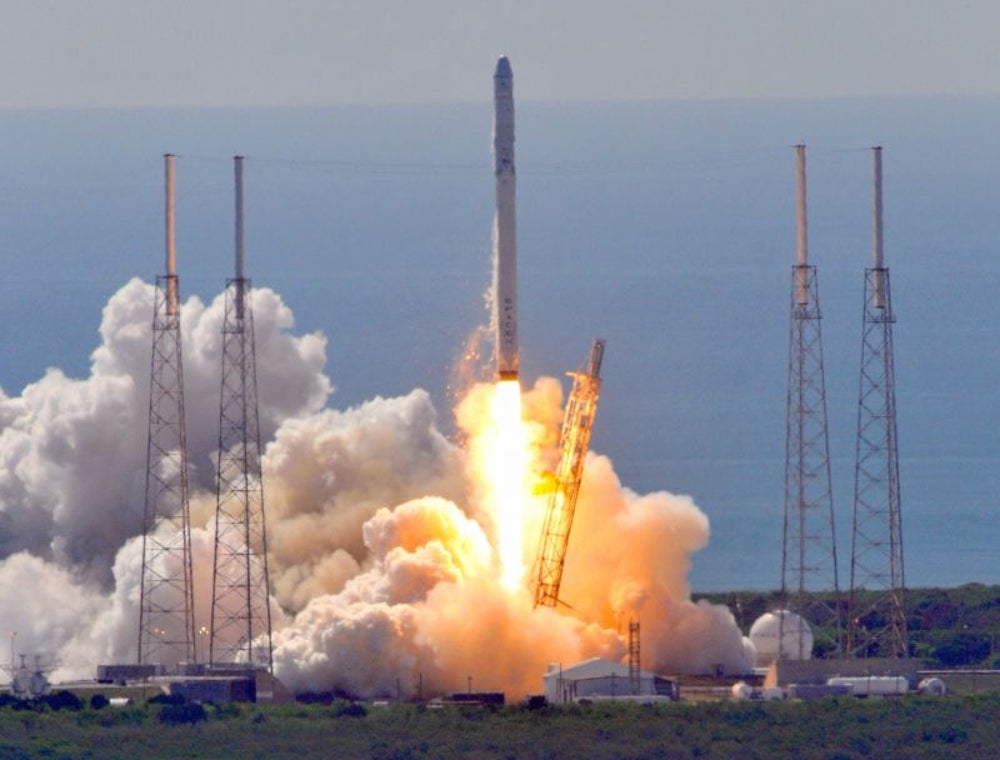 There have been a strange amount of explosions this year -- both big and small. In September, Elon Musk’s SpaceX Falcon 9 exploded on its Cape Canaveral launching station, also taking down a Facebook satellite with it. Likely due to an issue with its helium system or fueling procedure, Musk said that the catastrophe has by far been the hardest and most complicated investigation in the 14-year history of the company.

Samsung was in hot water this year too. After its Galaxy Note 7 phones began overheating and exploding across the globe, the Korean electronics giant was forced to recall the product and offer replacements or refunds. Apparently due to faulty batteries, trouble for Samsung continued. Many of the replacement phones it issued out also wound up exploding too. The company also had to recall a line of washers due to its explosive tendencies. 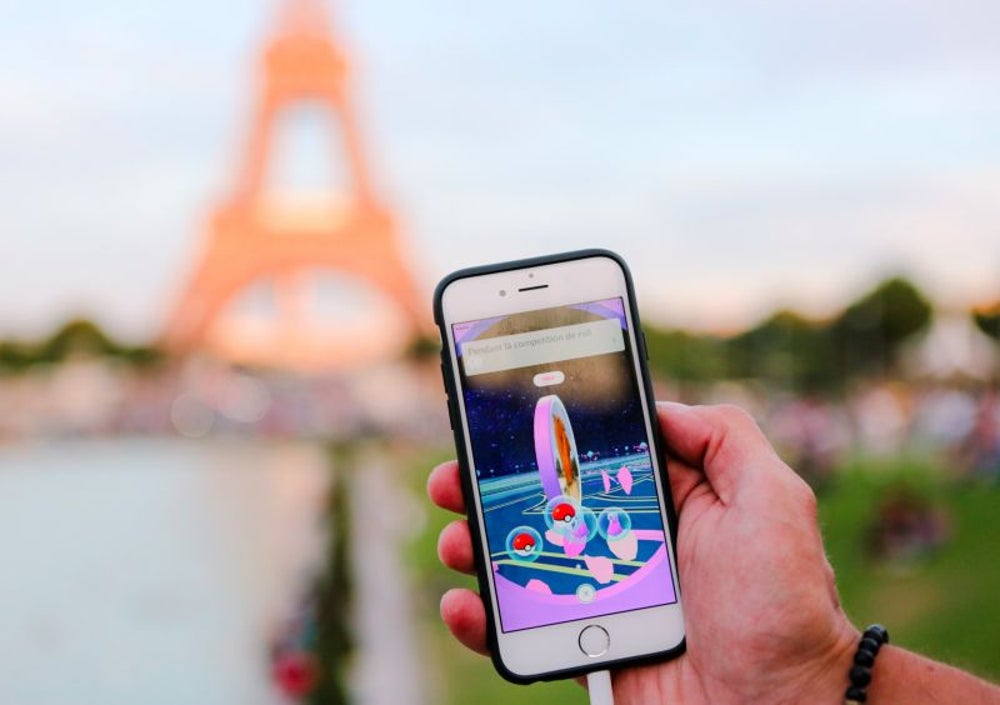 No one ever imagined they’d be playing Pokemon past the age of 15. But this summer, people of all ages and walks of life found themselves catching Pikachu and chasing Charmander. Pokémon Go became a full-blown craze that swept the world in a matter of weeks. Not only that, but its creator Niantic was one of the first to successfully incorporate augmented reality into an app.

Accidental deaths, police arrests and city-wide policies -- it may be a good thing that the Pokemon storm has slowly settled as we make our way into the new year. 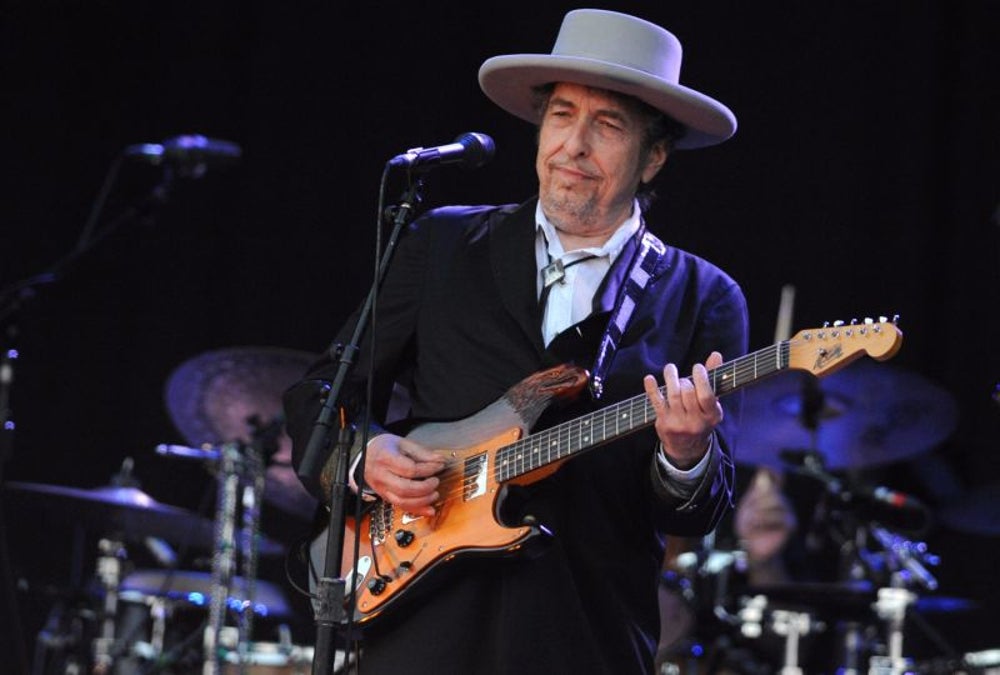 “The Times They Are A-Changin” -- you’ve got that right, Bob Dylan. Did you know the singer-songwriter was up for a Nobel Prize in Literature this year? That’s OK -- we didn’t either, and it’s likely he didn’t too. That is, until he won.

After being awarded the 2016 Nobel Prize in Literature “for having created new poetic expressions within the great American song tradition,” Dylan was unreachable. In fact, he didn’t even attend the Nobel Prize announcement event and he was a no-show to the American Nobel Prize winners event hosted at the White House by President Barack Obama.

Eventually, Dylan broke his silence in an interview with Telegraph in late October, saying “Amazing, incredible. Whoever dreams of something like that?” He was unable to attend the Nobel Banquet held on Dec. 10 in Stockholm, but sent his acceptance speech beforehand, which was read by a U.S. ambassador. 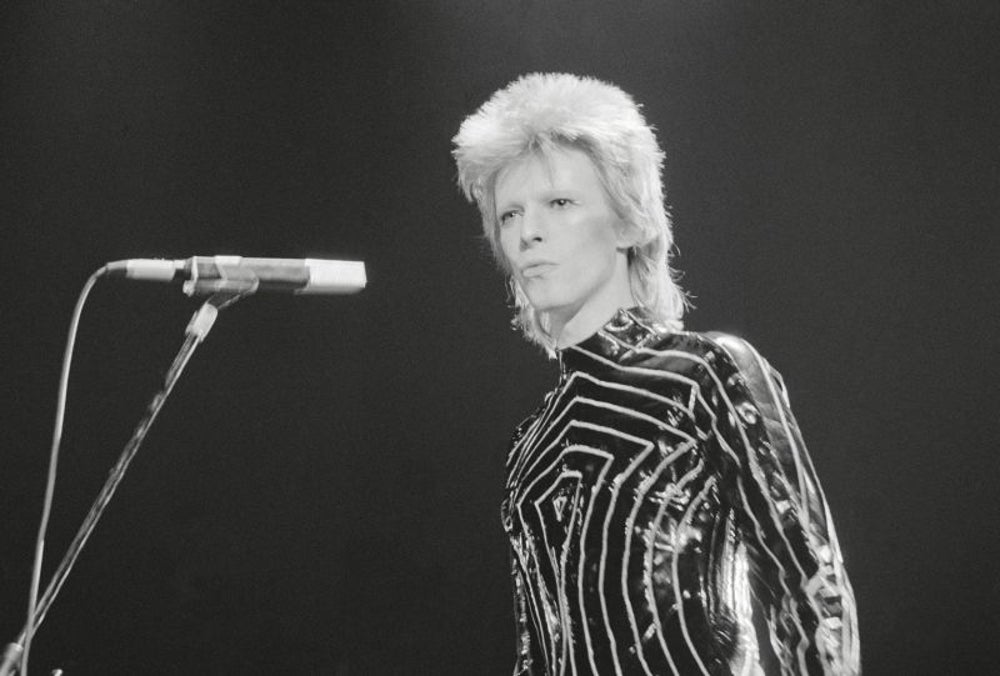 Celebrity deaths -- and of course, deaths in general -- happen every year. Although the amount of larger-than-life stars that passed away this year was uncanny.

The deaths of these influential people whom we lost this year shook up the world -- with many people taking to social media to express their grief.

I wish this year would stop already it's just to much. pic.twitter.com/QoIwdvWzvL 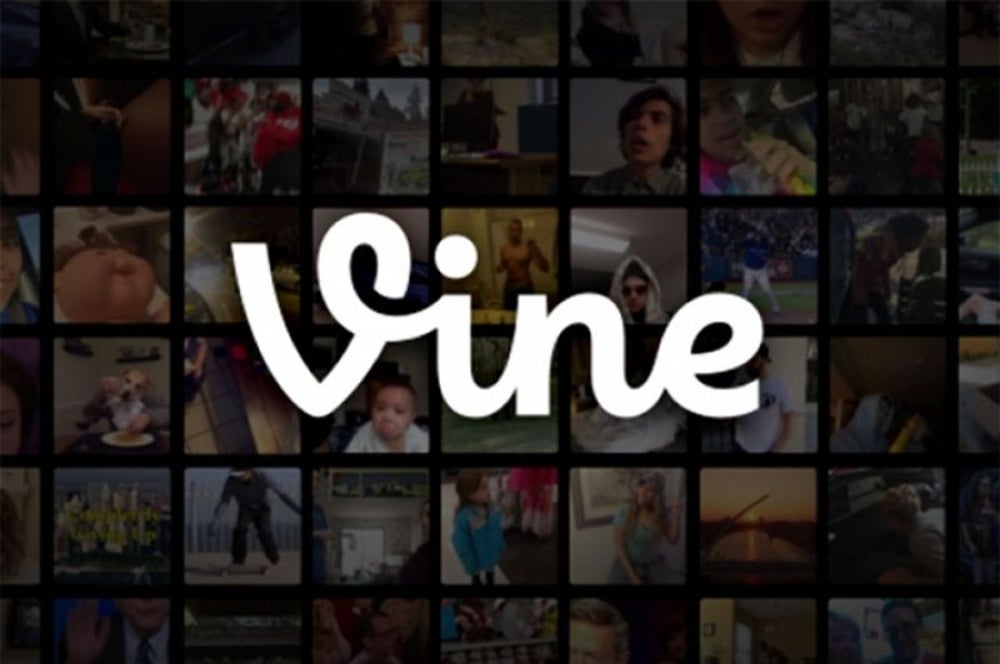 This one wasn’t much of a shocker, given that most people would prefer to make videos longer than six seconds. Especially with Snapchat, Facebook and other social networks incorporating video into their platforms, Vine’s death was long coming.

Twitter announced this year that it was shutting down its video app Vine. While many Vine stars were heartbroken, lobbying for a revival of the app, Twitter couldn’t keep up with the video platform, which began slowing in popularity while people took to live video streaming and apps such as Snapchat and Instagram. This came amidst Twitter’s layoff of 9 percent of its staff in October.

Vine is still accessible for people to go back and reminisce on their six-second looped videos. 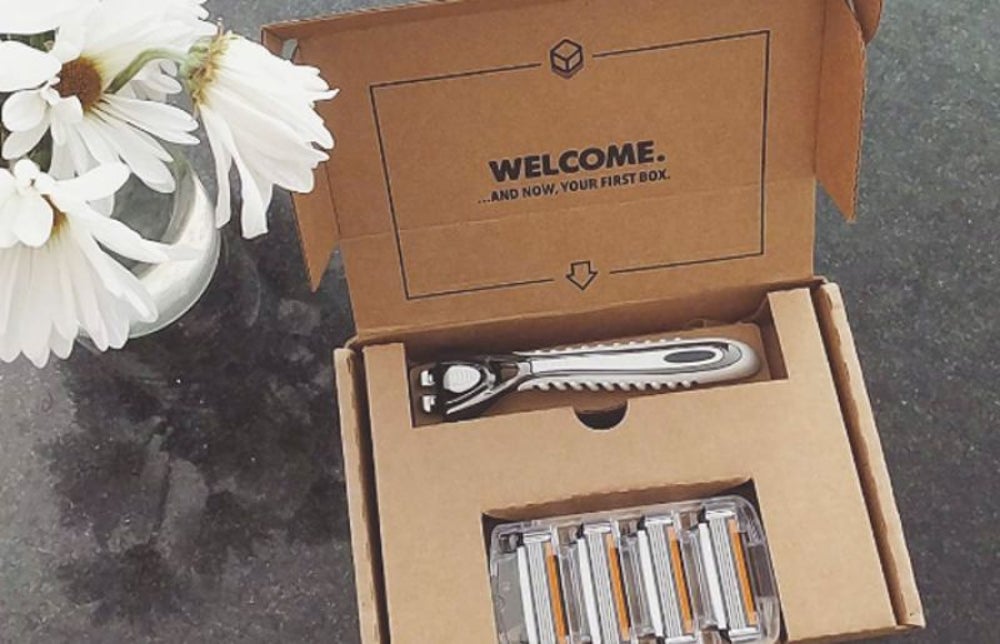 You may have heard about the small Venice, Calif., subscription service delivering razor blades to your door, but you may not have known it was worth a whopping $1 billion.

In July, Unilever acquired the men’s grooming service in a billion-dollar deal, setting an air of confidence in the startup ecosystem. The acquisition “validated that startups can challenge the status quo … and succeed,” says entrepreneur Joel Holland, founder of VideoBlocks.

Holland thinks it was an exciting moment for startups and “also a reminder that big corporations constantly face a build-vs.-buy decision when it comes to creating product.”

The Cubs break their 71-year curse. 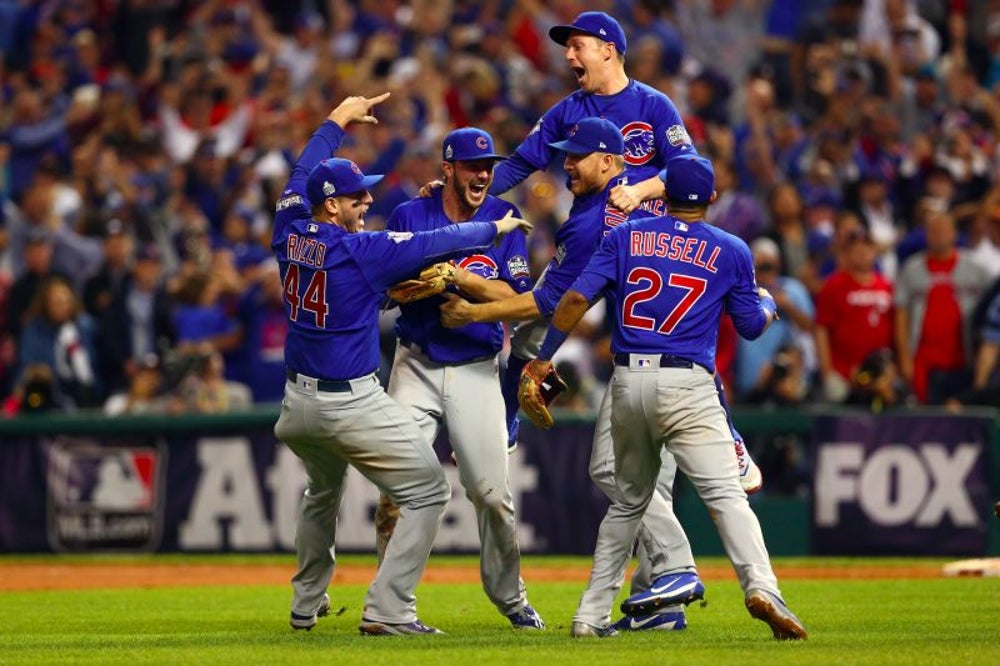 The Chicago Cubs broke their 71-year curse when they finally won this year's World Series, bringing hope back to the team and the city of Chicago.

Through years of false hope, missed opportunities and misfortune, the team finally turned around its losing streak.

“The Cubs win made one thing clear: there will be times of struggle, pain and disappointment, but if you keep putting the pieces together and keep your eyes on the goal, you can and will achieve them,” says Ronald Ro, CEO and co-founder of Awair.

There were an overwhelming amount of hacks. 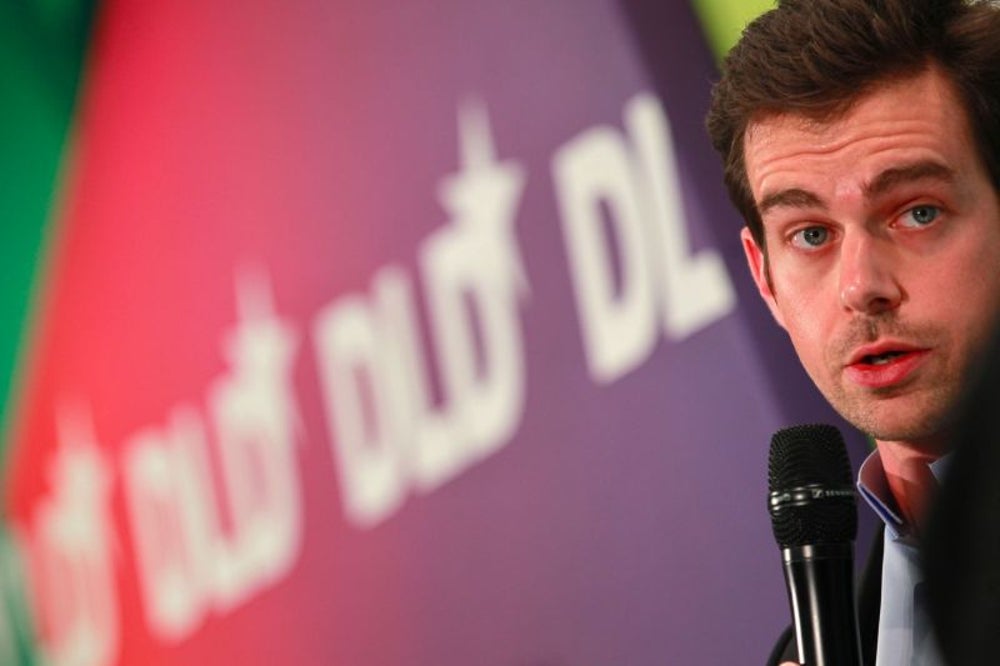 With the amount of cybersecurity breaches this year, 2016 could easily be labeled “the year of the hacks.” Although some were major threats, others were more on the funny side.

Victims included major tech leaders and celebrities such as Mark Zuckerberg, Sundar Pichai, Marissa Mayer -- even Twitter CEO Jack Dorsey’s Twitter was hacked. These petty hacks were mostly done by security group OurMine, who would post to a victim’s hacked account letting them know they are checking in on their security.

On a more serious note, the Democratic National Convention fell victim to cyber attacks from Russian hackers who wanted access to their analytics, and Bitcoin exchange BitFinex was robbed $65 million worth of the digital currency. 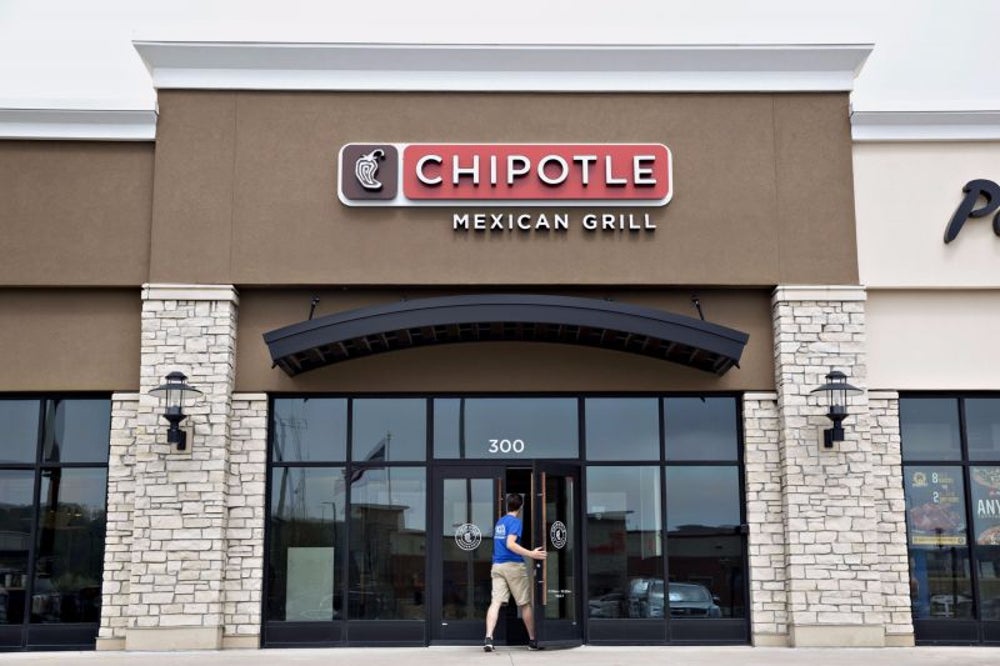 No one wanted to go near the fast casual food chain after they announced a case of E. coli contamination. Even offering free food and drinks throughout the month of September wasn’t enough to get its customers back -- and who doesn’t like free food?

The company can’t seem to make a comeback since the outbreak, with falling shares and closing franchise locations. They’ve even shifted their dual-CEO management model after the series of food safety incidents. Steve Ells became the sole CEO, while former co-CEO Monty Moran stepped down. 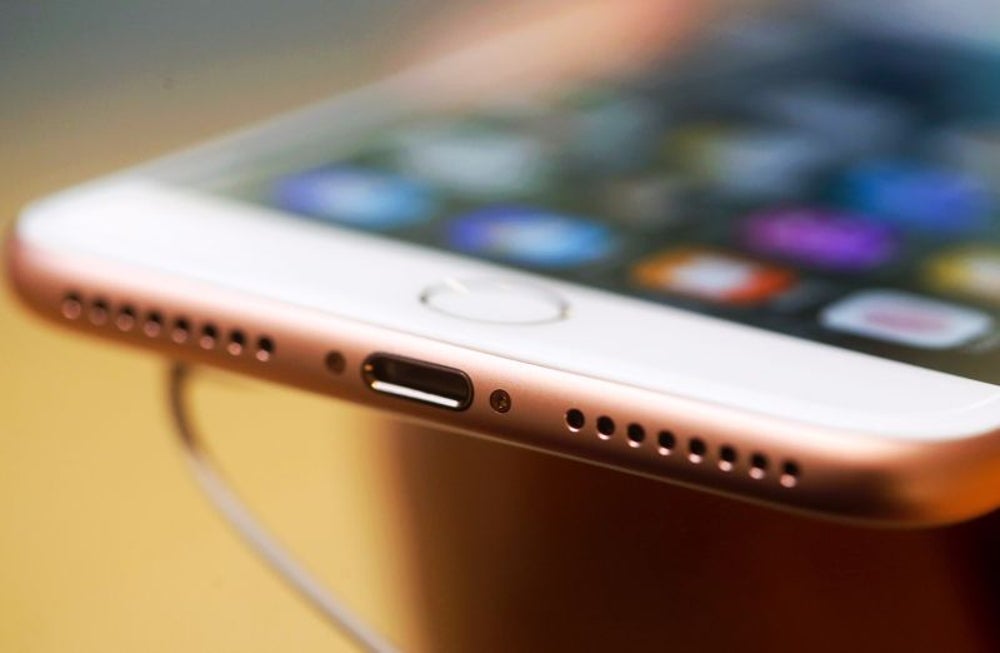 Apple upset some customers when it removed the headphone jack from the iPhone 7, forcing people to resort to wireless headphones, buy a converter or use Apple’s special iPhone 7 headphones that connect through the lighting cord (which is also used for charging the phone).

Not only that, but Apple’s annual sales fell for the first time since 2001. While it may not have been a "courageous" act for Apple to remove the headphone jack, it sure was a bold one. 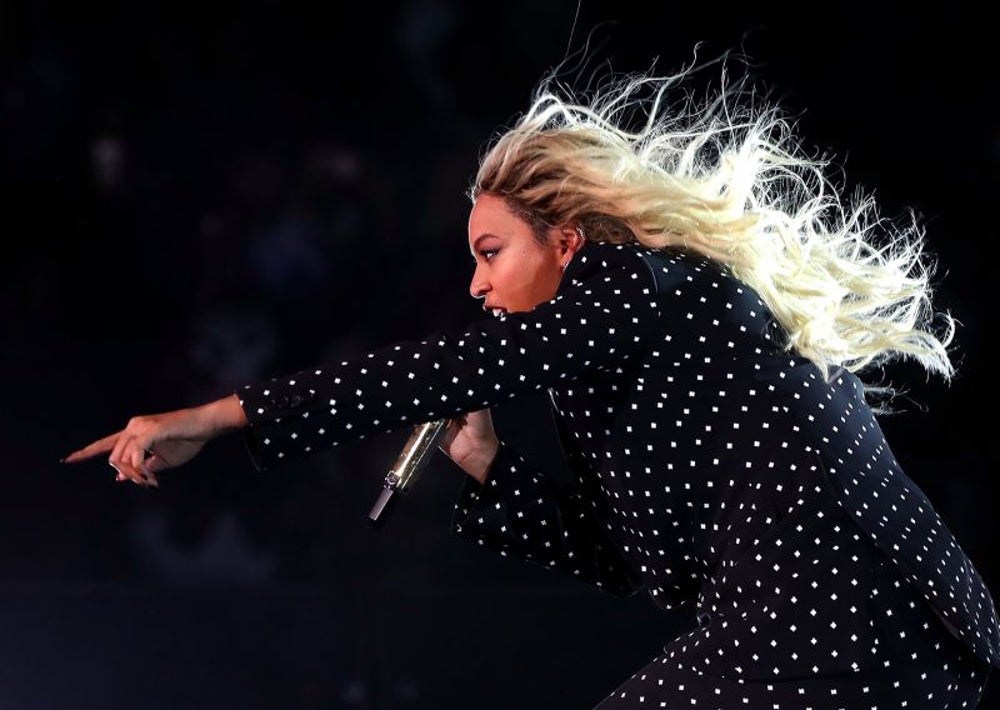 Image credit: Justin Sullivan | Getty Images
Beyonce perfected the act of “dropping an album” in late April when she shocked the world with her unannounced Lemonade album. The world went on pause for three days, glued to their screens, obsessed over the visual album. 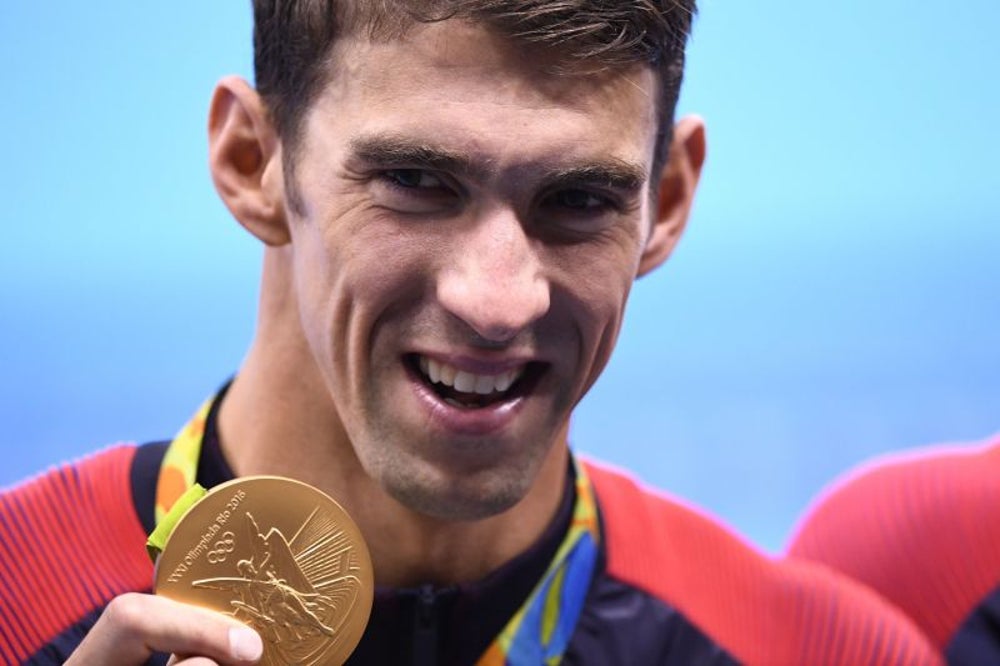 One of the highlights of the year was Michael Phelps's surprise return to the Olympic Games. The swimmer swept Rio, adding to his collection of now 28 Olympic medals.

It wasn’t so much his successes that shocked the world, but the fact that he was giving the Olympics another go after claiming earlier in the year that he wasn’t participating. Without Phelps, we would have seen Ryan Lochte take home more medals, and well, who wanted that?