How to Make Your First Million the Warren Buffett Way

Use this Warren Buffett advice to achieve the millionaire dream.
Next Article


Whether you're looking for investment advice or you're striving for financial greatness, Warren Buffett might be the perfect role model. Known for his holding company Berkshire Hathaway, Buffett has an estimated net worth of $80.7 billion according to Forbes -- but the Oracle of Omaha wasn't born with a silver spoon.

He came from humble beginnings, yet amassed a net worth of $1 million by the age of 30 -- some might say Buffett knows a thing or two about building wealth. If you're looking for advice on the best investments or how to make a million dollars, he's the guy to follow. Here are Buffett's tips so you're on track to make your first million dollars. 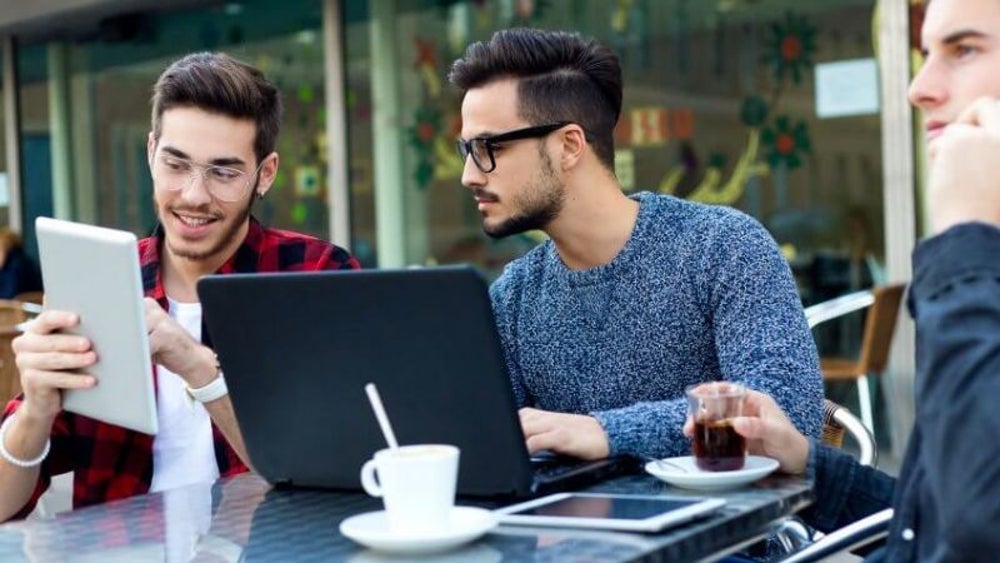 As a young adult, Buffett had a knack for thinking outside the box and finding creative ways to earn a buck. He had a job delivering newspapers and a pinball machine business. So, learn from Buffett: If you want to become a millionaire, don't put off business until you're older. Look for ways to make more money -- and once you earn it, come up with a savings plan and start investing.

People who invest early in life save more and get the benefits of compounding interest, said Joshua Wilson, a Fort Worth, Texas-based partner and chief investment officer with WorthPointe Wealth Management.

"People who start early also tend to become more financially conscious in other areas," he said. "They tend to notice areas of waste sooner, and find ways to apply investing wisdom to other parts of their lives." 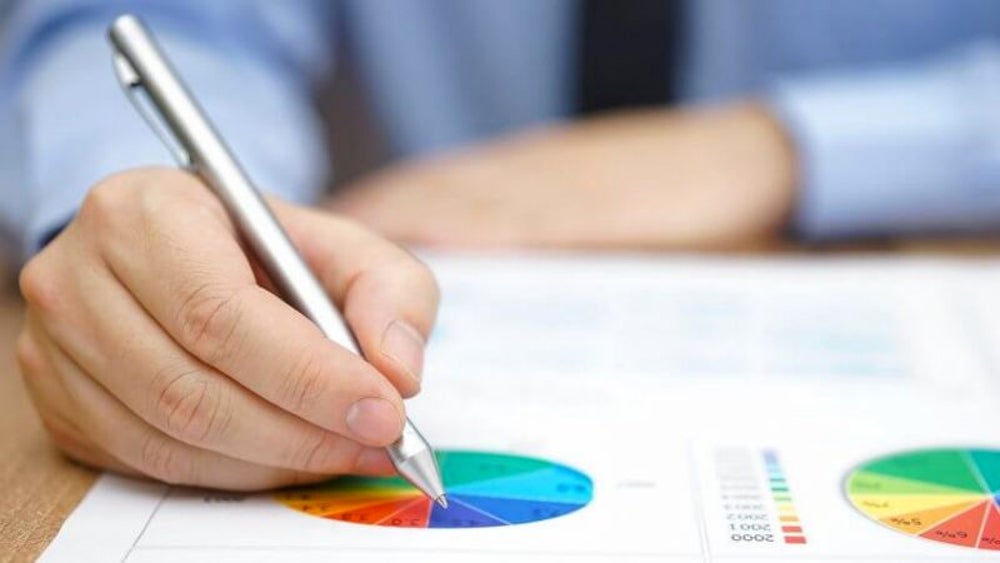 If you make money off an investment, don't take your money and run -- follow Warren Buffett's investment strategy and reinvest your profits.

As a teenager, Buffett partnered with a friend and began a pinball machine business. They started with one machine and a $25 investment. Instead of spending all their profits on teenage stuff, they used the money to purchase additional machines until they had eight machines in multiple locations.

Once the business partners went their separate ways and sold the pinball machine business, Buffett used some of his proceeds to start another business.

It's great to be optimistic about businesses, but they don't always succeed, said Neil Napier, CEO and founder of KV Social, a company that offers social media marketing solutions.

"Every month, set aside between 10 to 25 percent of your profits, and reinvest those into different businesses," he said. That way, even if an industry collapses, "you have some assets secured elsewhere." 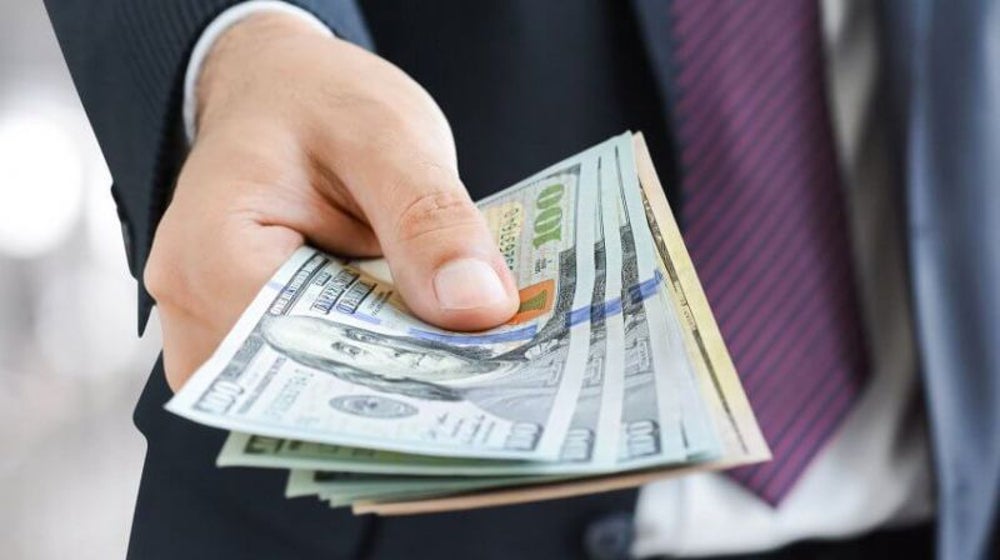 You might be familiar with the saying, "You have to spend money to make money." Creating a company takes a certain amount of capital, and some people rely on loans to start or expand a company. Warren Buffett's advice on this matter: avoid unnecessary credit card debt and loans.

In a 1991 speech at Notre Dame, Buffett said he had seen a lot of people fail "because of liquor and leverage." He even named Donald Trump, citing some of his investment failures in his example.

"If you're smart, you're going to make a lot of money without borrowing," Buffett continued. "I've never borrowed a significant amount of money in my life."

Related: 10 Job Skills That Will Help You Land a Six-Figure Salary

If you must borrow, borrow cheaply and low 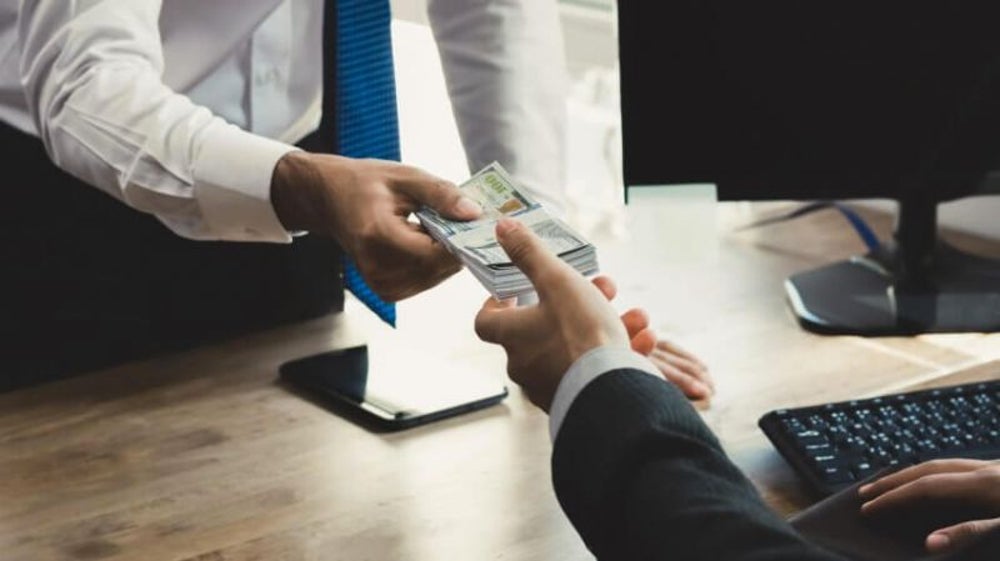 Even though Buffett prefers buying companies with no debt, he does use leverage when it can raise the return on equity. In a 2010 shareholder letter, Buffett mentioned a benefit of borrowing, as well as a danger.

"When leverage works, it magnifies your gains. Your spouse thinks you're clever, and your neighbors get envious," explained Buffett. "But leverage is addictive. Once having profited from its wonders, very few people retreat to more conservative practices."

If you're striving to make millions of dollars and you must borrow, only borrow what you need at a low, fixed rate of interest. Then, pay off the debt as soon as you can. 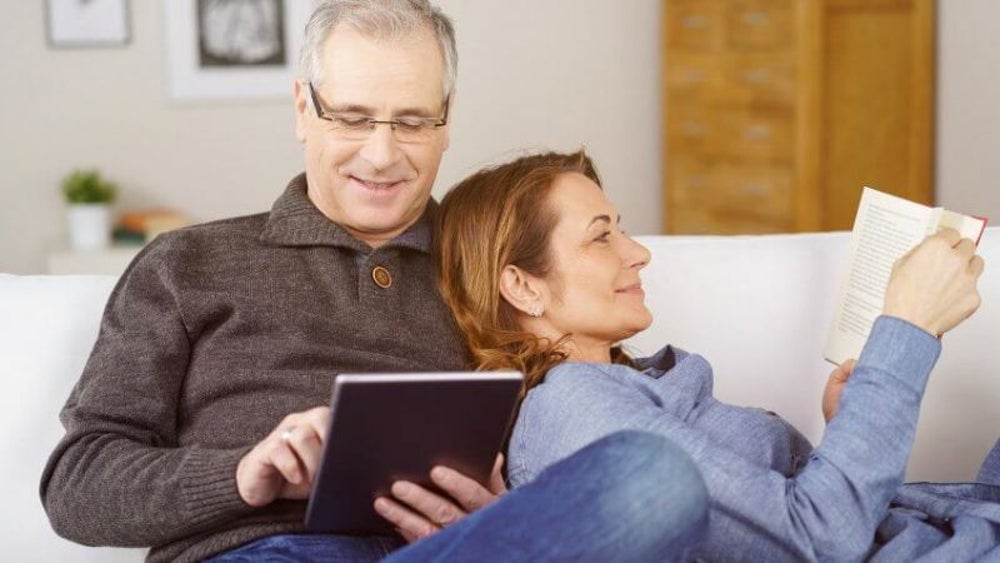 Wondering how to make millions like Buffett? Don't forget to emulate his lifestyle in addition to following his investing strategies. Typically, the more people earn, the more they spend. They upgrade their lifestyles with bigger homes, luxury cars and better vacations. But Buffett takes a different approach.

The more you spend, the longer it will take to earn your first $1 million. If you live simply and minimize expenses, there are more opportunities to save, invest and earn from compounding interest. Follow Buffett's way of life, and you could potentially have a higher net worth than people who keep up with the Joneses. 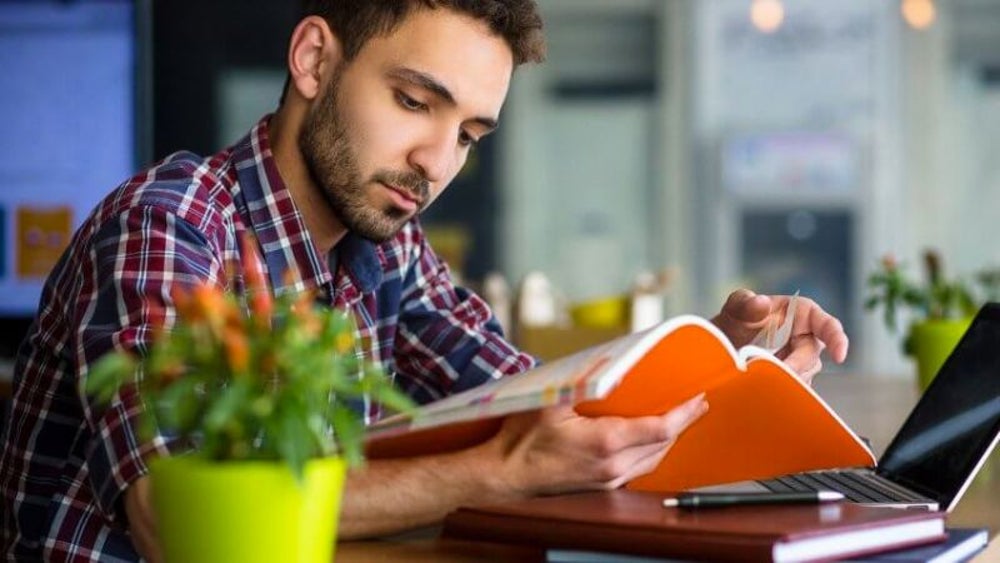 You don't need a college degree to make millions, but according to Daniel Nyiri, founder and CEO of the personal training company 4U Fitness, you do need to feed your mind. Doing so can help you acquire a thorough understanding of how different investments and businesses work. Buffett might be an investment genius, but this doesn't stop him from reading and building on what he already knows.

"Buffett says that he reads at least four hours per day," said Nyiri. "If you want to be a millionaire, you have to be the best at something, and the only way to get ahead is to keep feeding your mind."

Granted, the average person can't devote this amount of time to reading. What you can do, however, is take advantage of every learning opportunity, such as attending investment conferences and seminars or taking online courses.

Surround yourself with people who motivate you 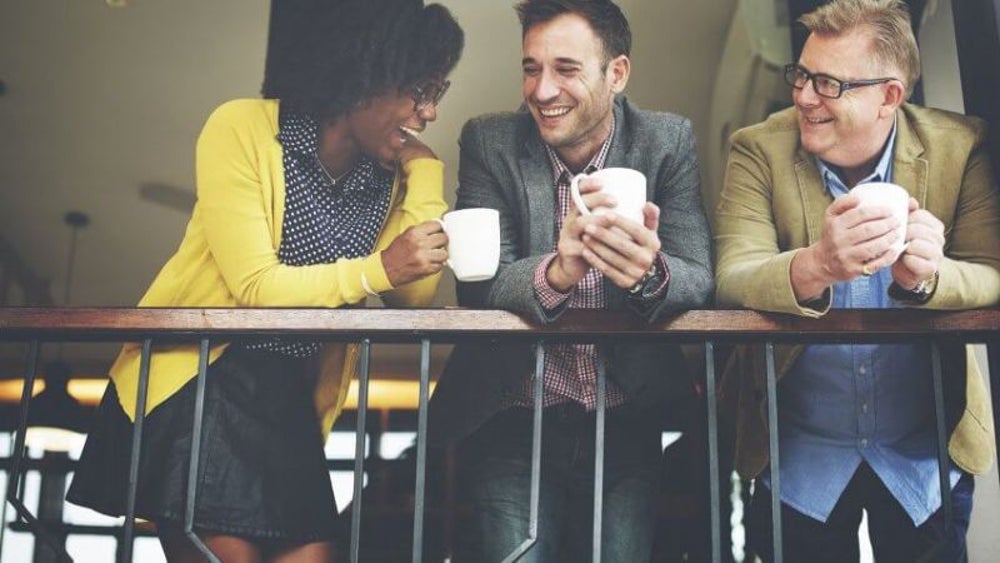 Buffett encourages surrounding yourself with people who are better than you. "Pick out associates whose behavior is better than yours, and you'll drift in that direction," he said.

Remember, the people in your life can motivate you to do good or bad. To do well, you have to copy successful people. Perhaps this is why Buffett surrounds himself with business people like Bill Gates, a friend of 25 years.

The point is simple: To make more money, choose your associates wisely. You don't have to shun your broke friends. But as Nyiri explained, you're not going to become a millionaire if you hang out with people who make excuses, or tell you that you can't do something.

Related: 25 Proven Ways to Save Money Before Next Year 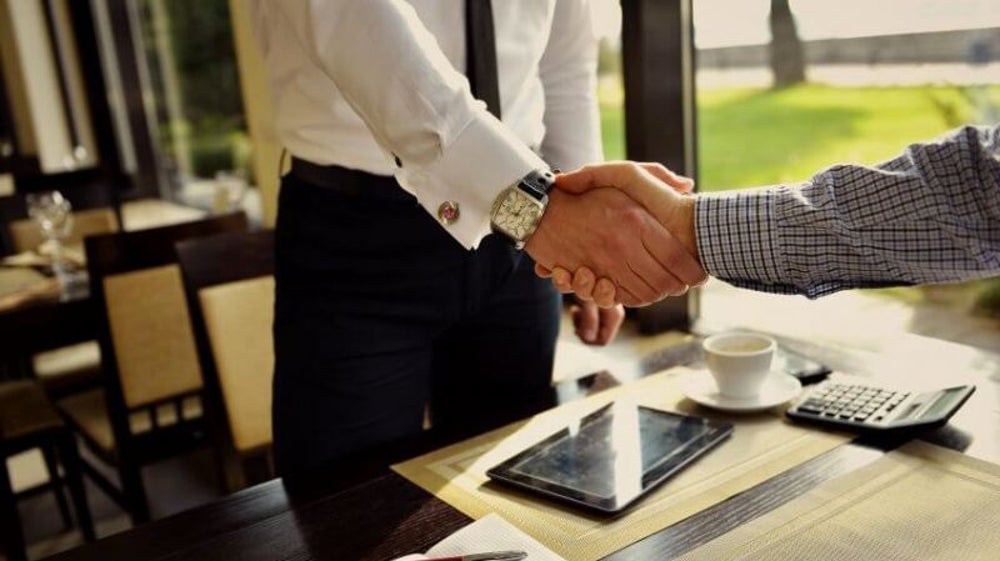 Making your first million might involve risks and stepping outside your comfort zone, which takes confidence. Fear or self-doubt on this journey can be a stumbling block, especially if you second-guess yourself and turn down potentially lucrative opportunities.

Opportunities don't come knocking every day, and Buffett's best investment moves are proof that he's one to seize opportunities. When speaking to University of Georgia students, he gave this advice: Seize big opportunities in life.

"We don't do very many things, but when we get the chance to do something that's right and big, we've got to do it," said Buffett. "And even to do it on a small scale is just as big a mistake almost as not doing it at all. You've really got to grab them when they come, because you're not going to get 500 great opportunities."

Between his investment approach, business philosophies and simplistic lifestyle, the Oracle of Omaha is a financial role model. After all, Warren Buffett's investments have added billions to his net worth.

Not only does he know how to make money, he knows how to save money. You don't have to imitate his every move, but if you incorporate some of his strategies, you can discover a path toward financial freedom.