How These Married Entrepreneurs Juggle Two Businesses and Two Kids

We trailed the founders of Warby Parker and Rockets of Awesome to see how their crazy, hectic, business-packed days happen.
Next Article
Liz Brody
Magazine Contributor
July 11, 2019 7 min read

“Gemma, wait!” Rachel Blumenthal orders the blonde blur that is her 4-year-old daughter with the zoomies. “You have a raspberry smoothie unibrow!” There are leggings and bows and 8-year-old Griffin to get out the door for school. But it’s all good. Breakfast has been accomplished, workouts done, emails answered, lunches packed, assistants coordinated between his company and hers -- and now, wipe in hand, a unibrow crisis averted. And it’s only 7:30 at the Blumenthals’.

Neil and Rachel Blumenthal, 38 and 39, met freshman year at Tufts University and married in 2008. By then, she’d already started a jewelry brand, Rachel Leigh. He followed suit in 2010 by cofounding Warby Parker, the industry disruptor that sells trendy prescription eyeglasses for $95 and has grown to nearly 100 stores and 2,000 employees with a valuation, reportedly, of $1.75 billion. Meanwhile, in 2016 she launched Rockets of Awesome, talking to investors while in labor with their second child. With 55 employees and a new investment from Foot Locker, her new brand of children’s clothing is designed exactly for mornings like this.

Related: How a Subscription-Box Founder Is Using Data to Survive -- and Thrive

But while not every entrepreneur can claim the Blumenthals’ level of business successes, many can relate to their real-life scramble outside the office. Being parent-entrepreneurs requires improvisation. Like the time this spring when they were checking in at JFK for a trip to the Bahamas and Neil turned to Rachel and said, “Your passport is expired.” She thought: Surely you don’t know how to read a passport because that would never happen to me. But, yeah: expired. So? Step one, distract the kids at Dunkin’ Donuts; two, google “emergency passport”; and three, reschedule her flight as the others flew off to the Bahamas. “It was Saturday. I got there Monday,” says Rachel. “It was the most peaceful three days of my entire life.”

To see how it all works, Entrepreneur shadowed them for a day in May, when on top of the usual madness (unibrow included), they’re in a hotel because their Greenwich Village apartment is still a construction zone eight weeks after a gut renovation was supposed to be finished. 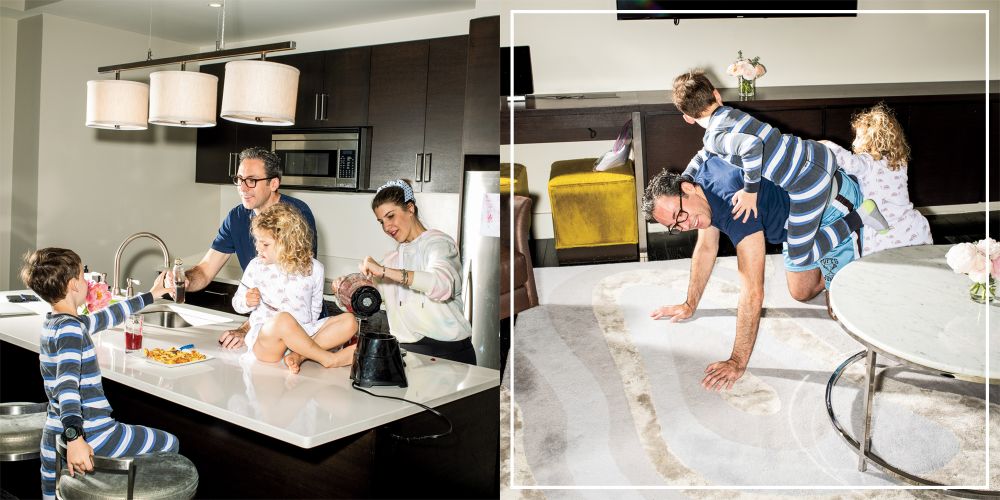 Rachel’s phone alarm goes off so she can get to an exercise class. Neil does a seven-minute workout from The New York Times. “I think I do five of the seven minutes,” he admits. “But I have Griffin or Gemma on top of me, which adds resistance training.” Time management requires sacrifice, and real exercise is one of the tasks he cut. For her, it was cooking. “I’m like, ‘I’m done,’” says Rachel. “I’m going to stop pretending I want your recipe. It’s the thing I never have to think about again.” Today she whips up a fruit smoothie, and Neil makes French toast -- one of his four rotating breakfasts. Soap, toothpaste, kids’ school outfits (five of the same shirts, five of the same pants, all Rockets, all the time), Fresh Direct, JetBlack, friend dates—everything that can be predecided and preset is on automatic delivery or repeat-scheduled, says Rachel, “so I can focus my energy on my business, kids, and our life together.” 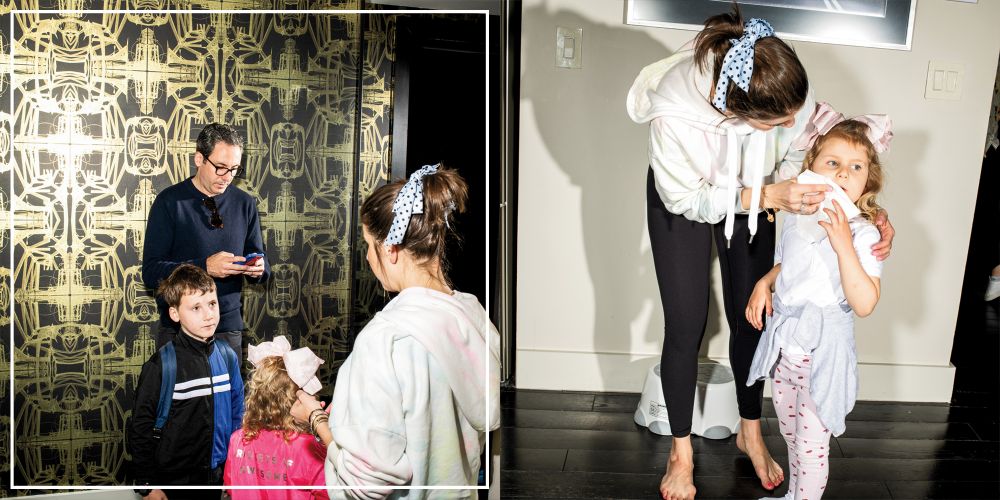 It’s Neil’s turn to take the kids to school. His iPhone case says “Love You Dad.” Griffin 3D-printed it. “He asked me how much iPhone cases cost,” says Neil. “I told him mine was $40. And he said, ‘Oh, perfect, I’ll charge $10 and be the Warby Parker of iPhone cases.’ ” After Rachel wipes the smoothie off Gemma’s face, the kids are out the door. “This is my favorite moment of my day,” she says.

Related: A Founder Shares 4 Lessons Motherhood Has Taught Her About Running a Business 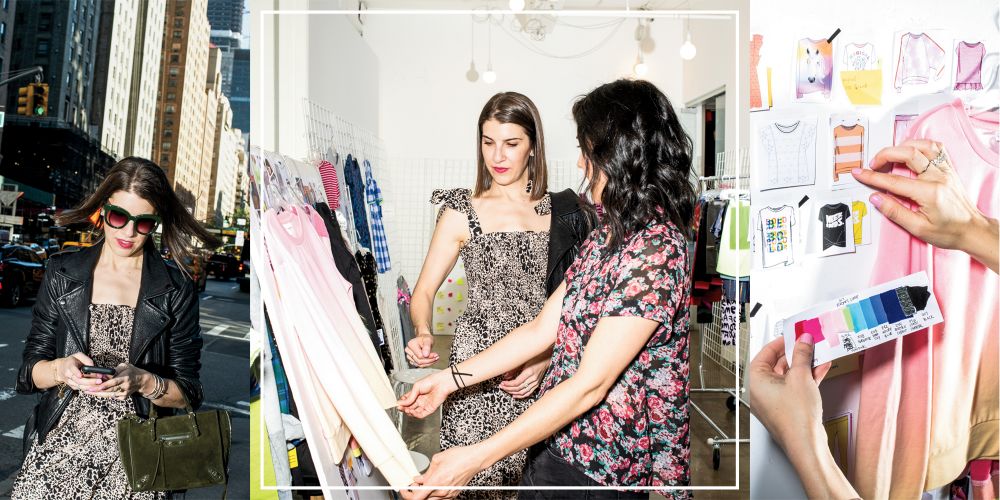 Rachel (yes, in Warby Parker -- codesigned by Rosario Dawson) often does a work breakfast on the way to the office, and then doesn’t leave. Once there, it’s one meeting after another -- from reviewing hoodies and tumble shorts for spring 2020 to strategizing the “back to school” immersive shopping pop-up they’re planning in downtown Manhattan, ahead of a possible permanent store rollout. Having raised $49.5 million (“which would have been easier if I were a man and didn’t experience the sexism I experienced,” she says), Rachel is at the point where she has to stop herself from trying to do everything. “I learned from Neil that it’s no longer valuable to be in the weeds,” she says. “Warby just grew so quickly, and it was incredibly helpful to watch him raise himself up to be more visionary and strategic.” Right now, he has more late work events than she does, so Rachel prioritizes being home by 6:30 or 7 to do homework with Griffin. But that may change as their companies do. 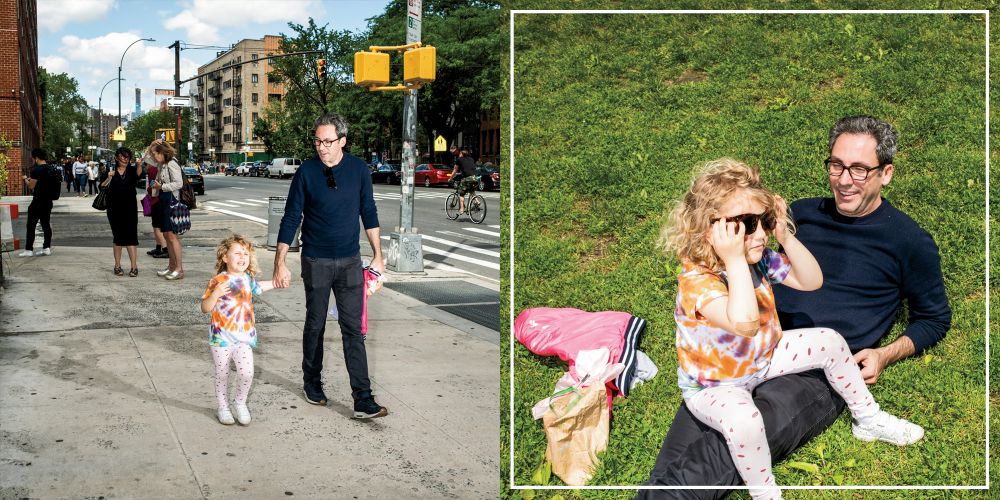 Neil took the morning off to join Gemma on a school field trip. “That’s the beauty of both running our own businesses,” says Rachel. “We have flexibility.” There’s a nanny and a babysitter; his parents live nearby. But Rachel and Neil try to not miss these moments. “One of us always takes the kids to school, and one of us always puts them to bed,” he says. “That’s really important to us.”

Related: Becoming a Dad Inspired Me to Grow My Business Even Faster 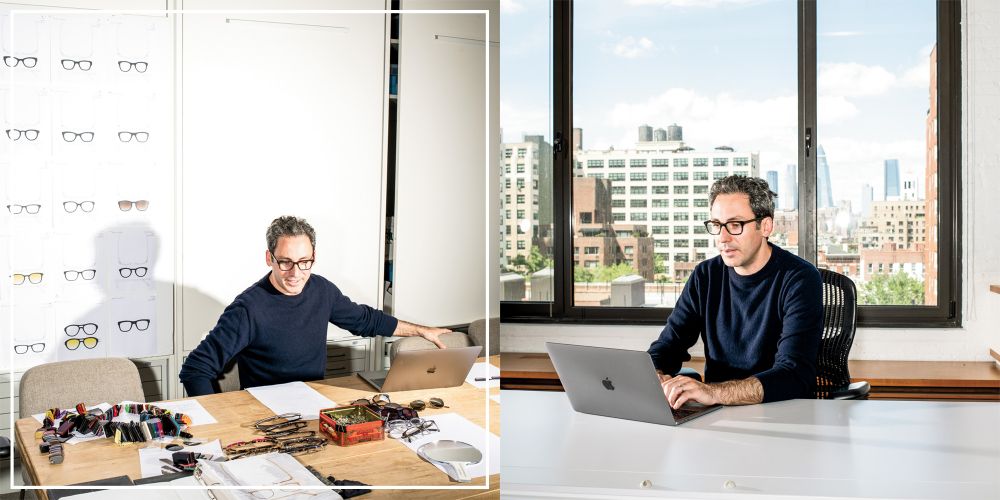 Having made it to the office, Neil scrambles to prep for yet another meeting that’s starting in four minutes. Warby Parker (named after two Jack Kerouac characters) does 10-plus collections annually; its virtual-try-on app was released earlier this year; it launched a kids’ line and is opening more stores. He and Rachel share a Google calendar so it’s clear who can fetch a sick child from school or attend a field trip like today’s. As for friends? Also on the cal. Neil has a standing guy date, and she has one with her girlfriends -- always on the first Tuesday of every month, because “think about how much time you waste scheduling and rescheduling,” says Rachel. Would they ever start a company together? He laughs. “I don’t think it’s crossed our minds,” he says. “We are involved in each other’s businesses at the right level -- which is to be each other’s closest confidant and adviser. And we run our home business together.
I don’t know if we need to create another.” Rachel is more succinct: “No. No. No. No.” 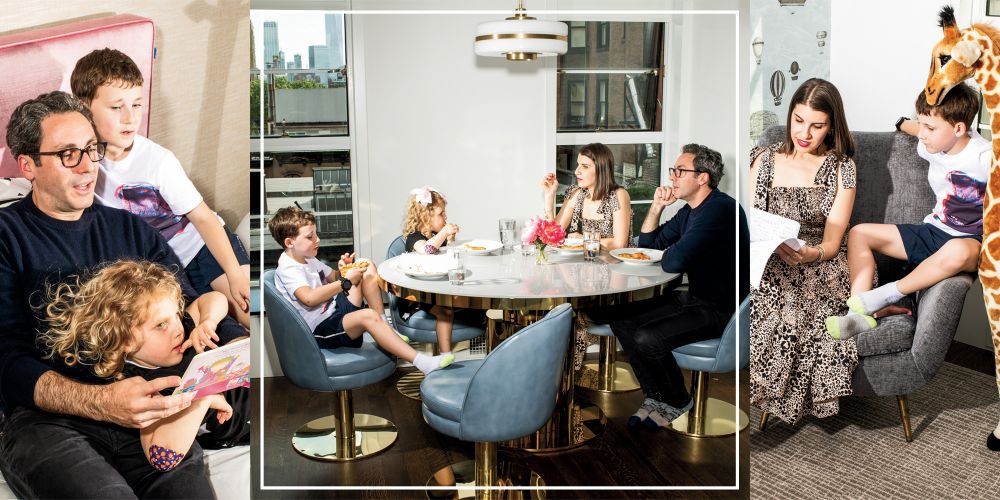 “Pizza is here!” yells Griffin. The family have made a pilgrimage to their half-finished home. After dinner, Rachel helps Griffin with his homework, and Neil reads to the kids before bed. Then the couple gets ready for date night (every Tuesday but the friend one). “We put the phones away -- it used to be before we walked into the restaurant, and now it might be after we order,” says Neil. “We go to dinner and just talk.”

The 5 Habits of Highly Intimate People

Welcome to the Era of the Anti-Hustle