Executives from Fidelity Investments, Western Union, FICO and more share their thoughts on how the finance industry can achieve parity.
Next Article


Wall Street and the finance industry as a whole used to be an all-white "boys' club." We've made some progress, but there's still a lot more work to do to achieve parity. In our series about Women Leading the Finance Industry, we talked to a number of women who are leaders in finance, asking them:

“In your opinion or experience, which 3 things can be done by a) individuals, b) companies and c) society to support the movement towards greater gender parity in the finance industry?”

Here are insights from ten powerful women in finance. 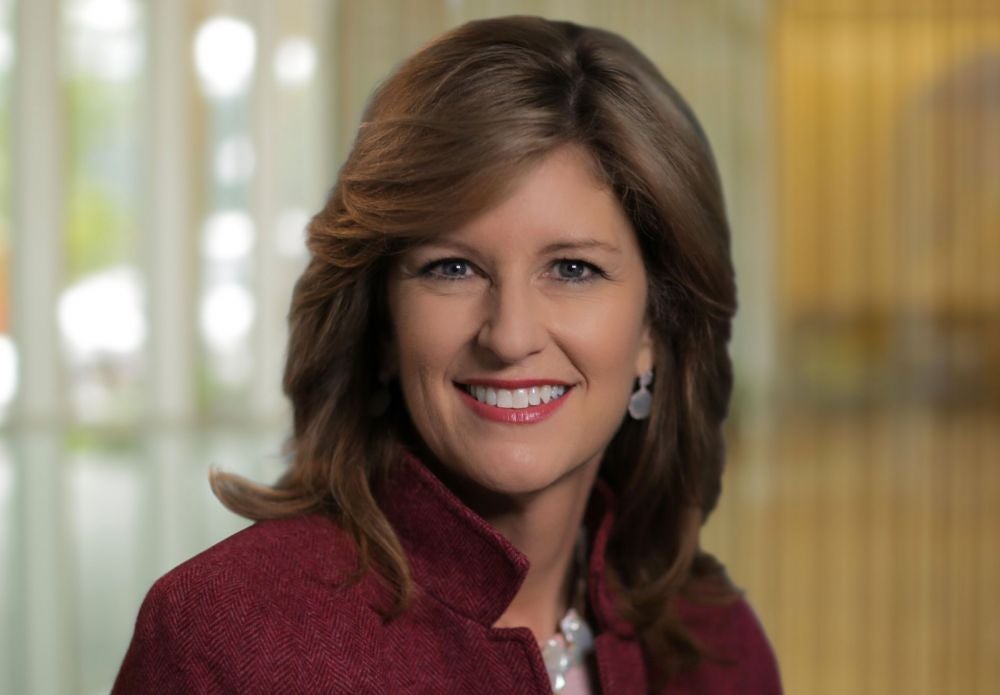 The ongoing gap is an area Fidelity has given a lot of attention to, and it’s a personal focus of mine, too. Here, in my view, are some things stakeholders can ascribe to so they can provide women with the training, confidence and opportunity to shine in financial services.

1. Open-mindedness. Hiring managers need to think much more broadly as to who they may consider as candidates for financial services positions. Don’t look at a candidate based on what your workforce currently looks like; you’ll never become more diverse with that old-school thinking. Understand your customers, their needs and preferences, and examine your employee demographics. Take some risks with smart, capable people who may not already have a financial background; they can learn! By doing so, your recruiting, hiring, advancement and training practices will evolve accordingly.

2. Fill the pool. Related to the point about open-mindedness, organizations are unable to nurture more diverse talent into the next generation of leaders if few women and other minorities are represented at lower levels of the company. It’s simple math: Women will have more opportunities to advance up the ladder if more women are in the workplace.

3. Meaningful mentoring. Establishing and maintaining relationships with customers is incredibly important in this industry. So, too, are strong mentoring relationships within our own house. Mentorship has long been a staple of the business world, but is it as worthwhile and effective as it can be? Leaders need to devote significant time to mentoring up-and-coming talent — especially underrepresented individuals, such as women. Otherwise, they likely will move on to greener pastures. 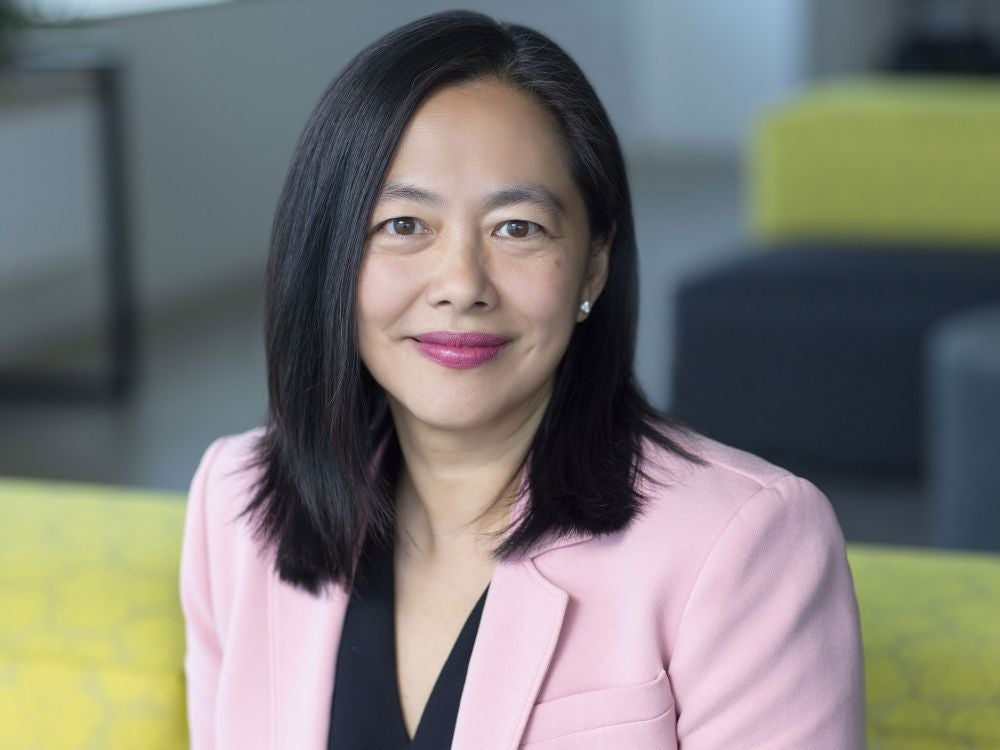 1. Women at the C-Suite level need to mentor and sponsor women in their companies. In 2015, our CEO, Hikmet Ersek, created an all-female senior advisory group with the mandate to create an action plan to promote women’s success at Western Union, through recruiting, mentoring, promoting and measuring progress. We took the opportunity to look more deeply at our gender numbers and, although we rate as better than average, we are aiming to be high-performing in terms of gender equality at the highest levels of our company — that target is 40 percent. In our research, we found that often the root cause is not in hiring or retaining women, but rather in promoting women into new and expanded roles. A host of reasons contribute to this — one example being women not putting up their hands for challenging roles and, concurrently, not always being top of mind when nominations are being considered for promotion. To that end, I would urge individuals — in this case, women themselves — to actively seek out stretch assignments and seize the opportunities they present.

2. Companies must ensure that hiring and promotions are fair, and senior leaders must champion diversity and inclusion. Gender diversity has to be a target, a KPI that is measurable with clear metrics aligned against it. Western Union is a globally diverse company, and we strive for diverse slates and interview panels both internally and externally in our recruitment practices. We’ve also started piloting gender-neutral presentation of resumes and candidates.

3. The next step is to ensure that our executives are held accountable. A key focus for our executive team in recent years has been making our senior leaders champions of diversity, to inspire diversity of thought, reflecting our customer base. It starts with our leadership and manifests throughout our global workforce and our board. Our board includes three women and three ethnically diverse directors, with half of committees of the board chaired by women. They are actively engaged in reviewing the women in leadership practices throughout the year. 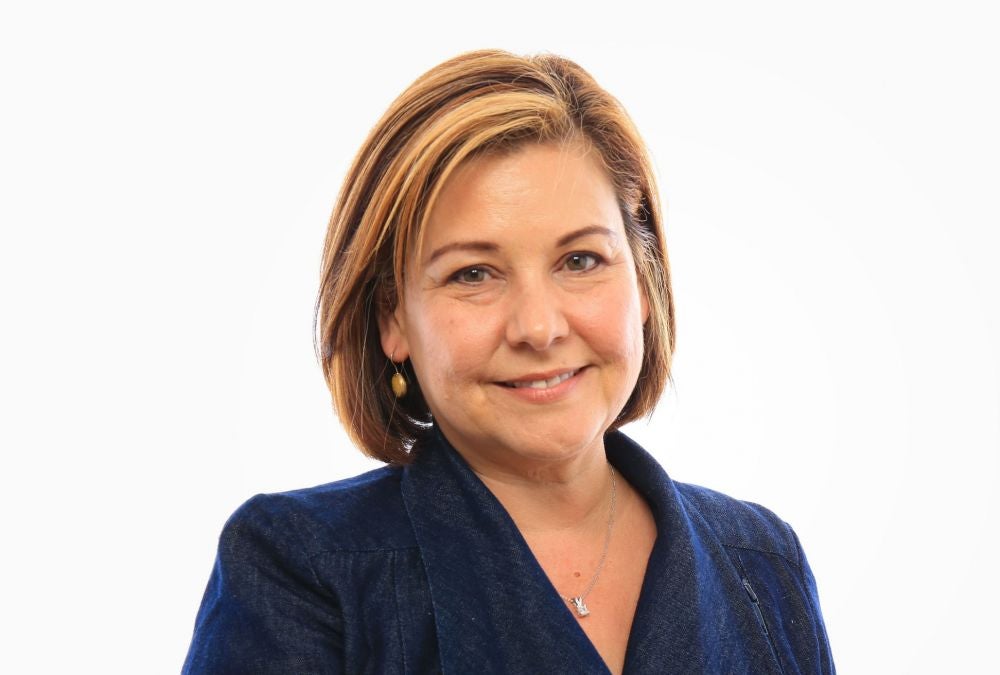 1. Awareness. Those who have privilege don’t always see it. It's about becoming more aware of your privilege and that what you take for granted can be a barrier for others. Despite some senior leaders claiming we have reached a meritocracy, there is still progress to be made when you look at those ratios and how far along we are from reaching true gender parity.

2. Taking action. It has to start at the top of the organization, opening their eyes to which leadership skills they are rewarding and which they are undervaluing. We often hear there aren’t enough experienced women leaders in the pipeline, but that’s simply not true — men tend to be promoted based on potential, whereas that doesn’t happen as much with women.

3. Mentorship and sponsorship. There needs to be more mentor and sponsor relationships between those in the club and those outside the club. As with any social movements, walls come down when people respect and understand each other. Of course, those mentors need to keep their minds open and realize mentorship is a two-way learning experience. I once had a senior (male) mentor, and I asked him why another senior (male) executive kept going to two different male peers of mine for a particular solution, despite the fact I had already told him I was working on it and the solution was in my area of responsibility. His response was that I couldn’t blame someone for working with those they already know. I beg to differ, especially when “those they already know” are largely male. 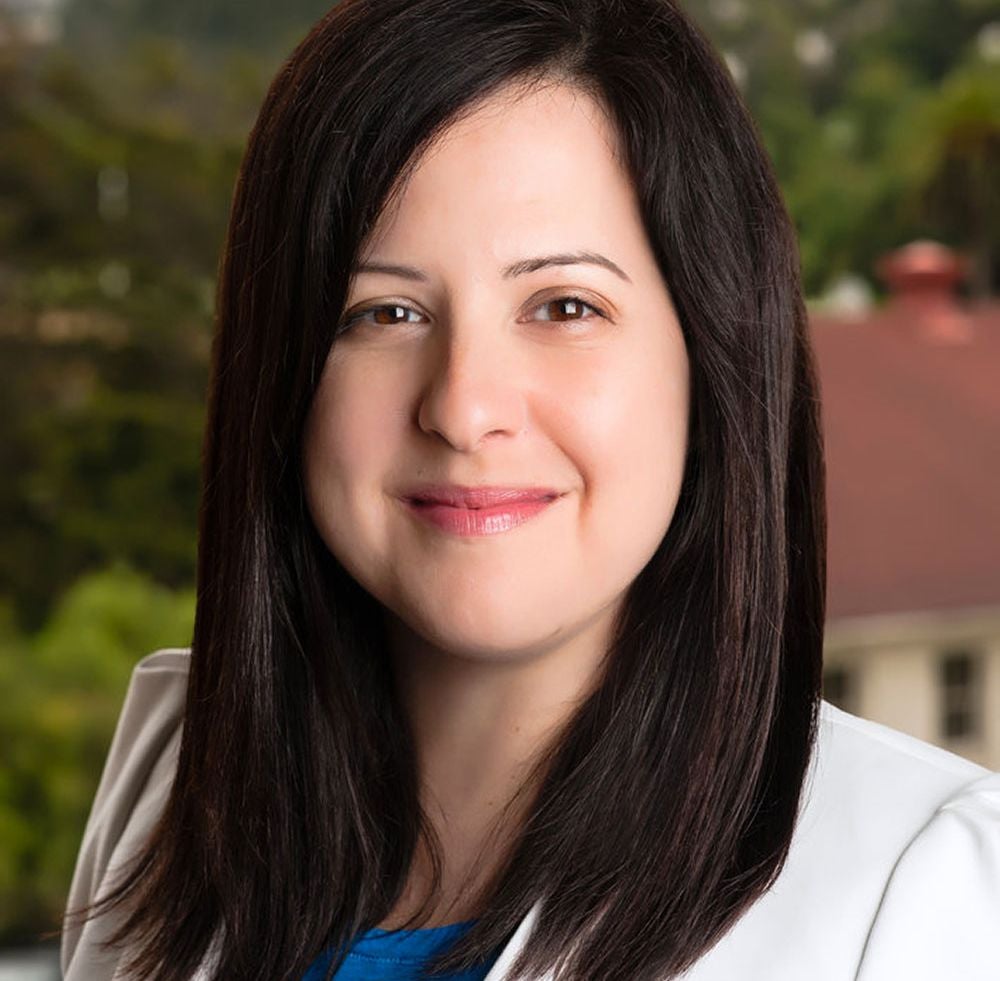 1. Acknowledge and address gender bias. While companies are paying more attention to diversity, gender bias remains prevalent. It’s subtle and often unintentional, such as male and female managers being perceived differently when behaving the same way.

2. Establish better on-ramps for women who have taken time off to be caregivers.

3. Mentor. I feel great responsibility to support women as they navigate their careers. I’ve often found my own contemporaries to be quite ruthless in their treatment of other women ⁠— likely qualities that were required to succeed in tough environments. It’s inspired me to do the opposite. 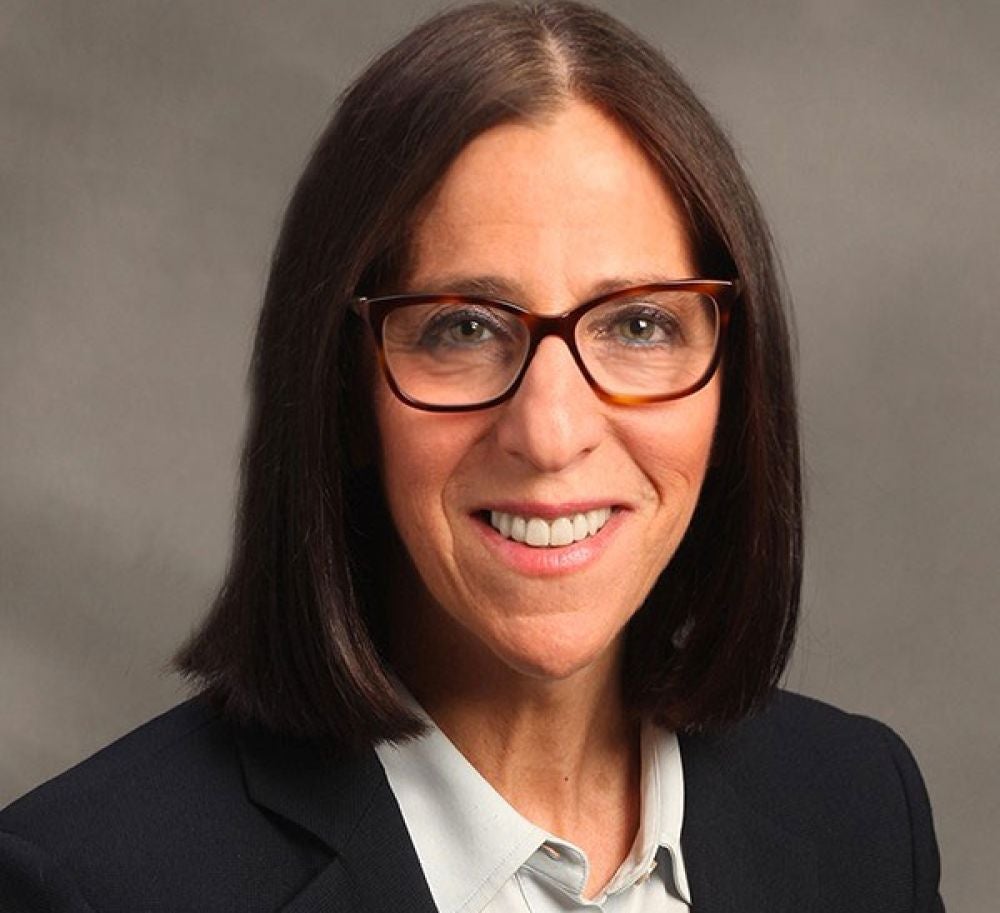 1. Demonstrate commitment through your actions (not just words) to ensure that you are attracting and hiring a diverse workforce — and promoting and supporting the very best among them to positions of leadership.

2. Be open to hiring outside of your traditional “pool of candidates.” Far too often, managers think they have to only hire people within the industry.

3. Start important conversations with children early — if they learn that anything and everything is possible, they will reach for the stars. 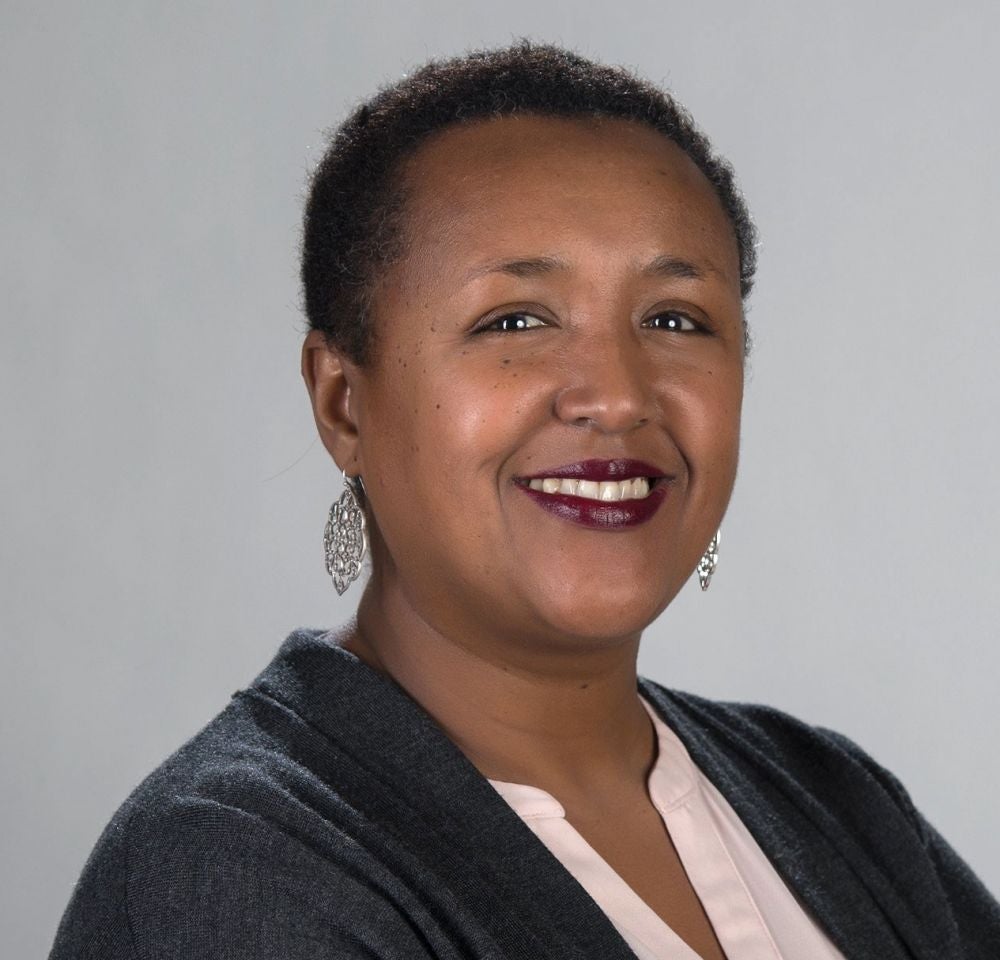 Yes, progress is taking place, but there is certainly room to grow. Diversity engenders better decision-making and a healthier company.

1. Our success in this area will depend on how well we support and nurture diverse and inclusive teams, networks and language within the company.

2. The hard reality is that the potential for bias exists within everyone. The trick is to know how to keep it in check and to always be aware of its presence in our circles and minds.

3. When we're recruiting, it’s essential to ensure that the folks who are doing the recruiting are also a diverse bench so we don’t end up just hiring people who look and sound like us. 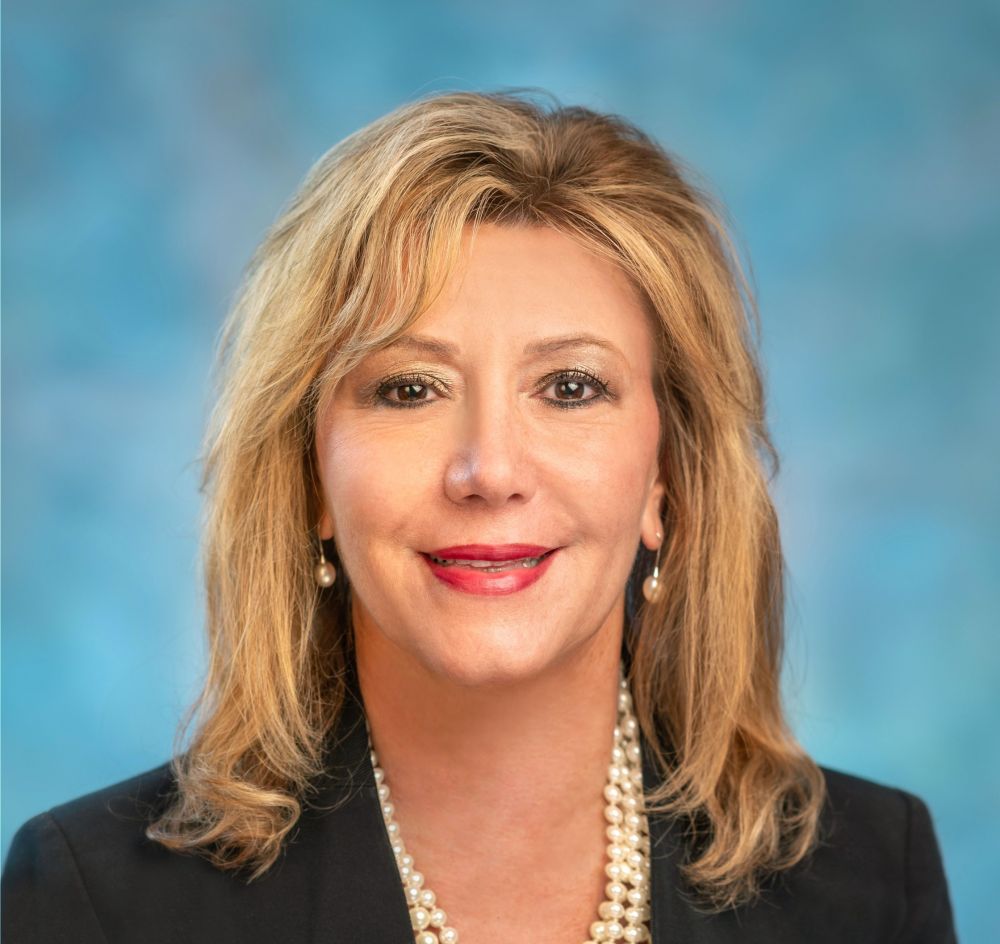 1. Diversity must be part of a company’s strategic plan. It begins with that. The attitude and influence begins with the executive leadership team. Everyone at that level must buy in and understand why this is important and be ready to execute within this realm.

2. There must be well-run and very defined programs to promote diversity including leadership development programs, mentoring programs and a women’s council within the organization that supports and fosters the growth of women. Women in senior positions must be role models for women in the organization and be available for coaching, mentoring and “sharing” their career story.

3. Women need to take ownership of their own careers and be overt about their plans. It takes an entire village and everyone within the organization must be on board to move this forward. One more thought — we have to reach out to young women early to ensure they are aware of the opportunities in the financial world and the benefits of considering a career in finance. 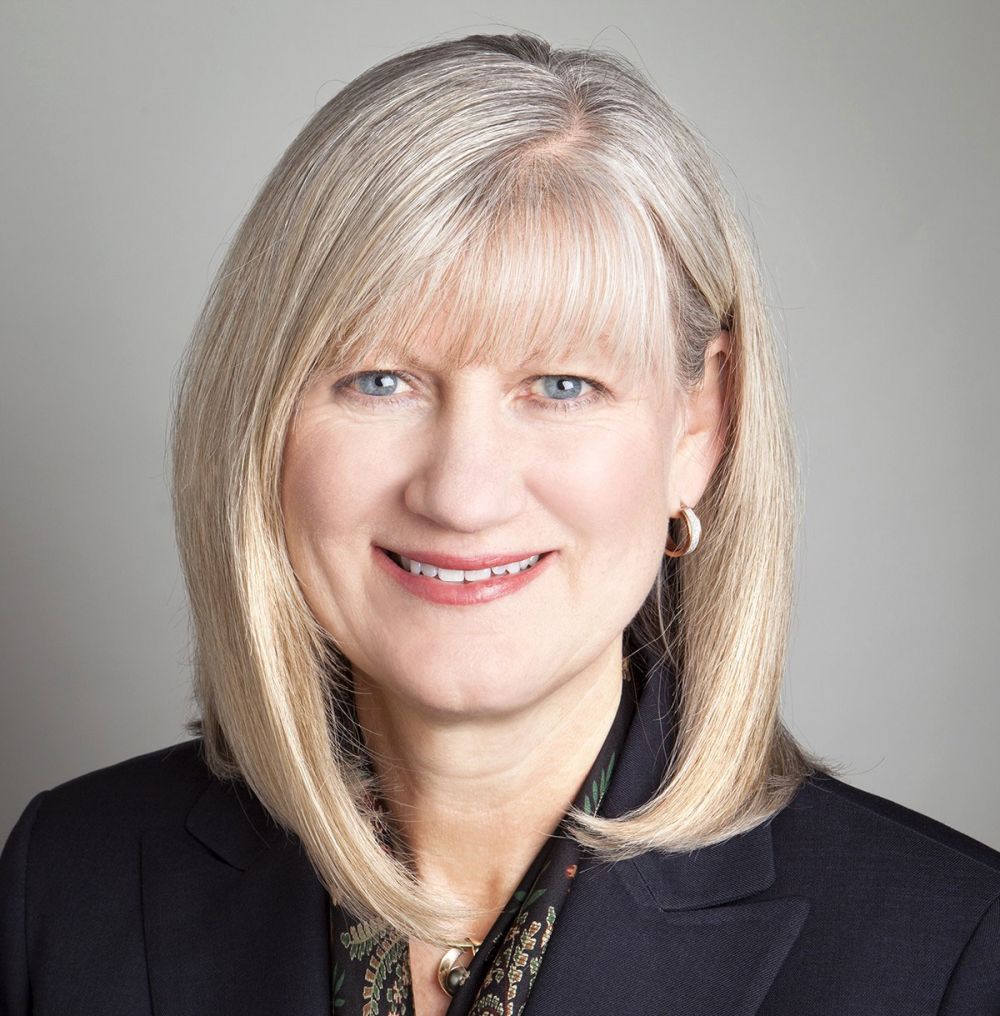 There is a lot of work to be done, but we are starting to take the right steps. There are three things that many companies are already doing that I feel organizations and those in leadership positions need to continue to focus on and, in many cases, increase their focus on. They include:

3. Implementing internal programs that support and facilitate the development and promotion of women into more senior roles.

I’ve had the opportunity to benefit from all three of these approaches. They are not mutually exclusive but rather work together to create more opportunities and help rising talent become comfortable working at the next level of leadership. 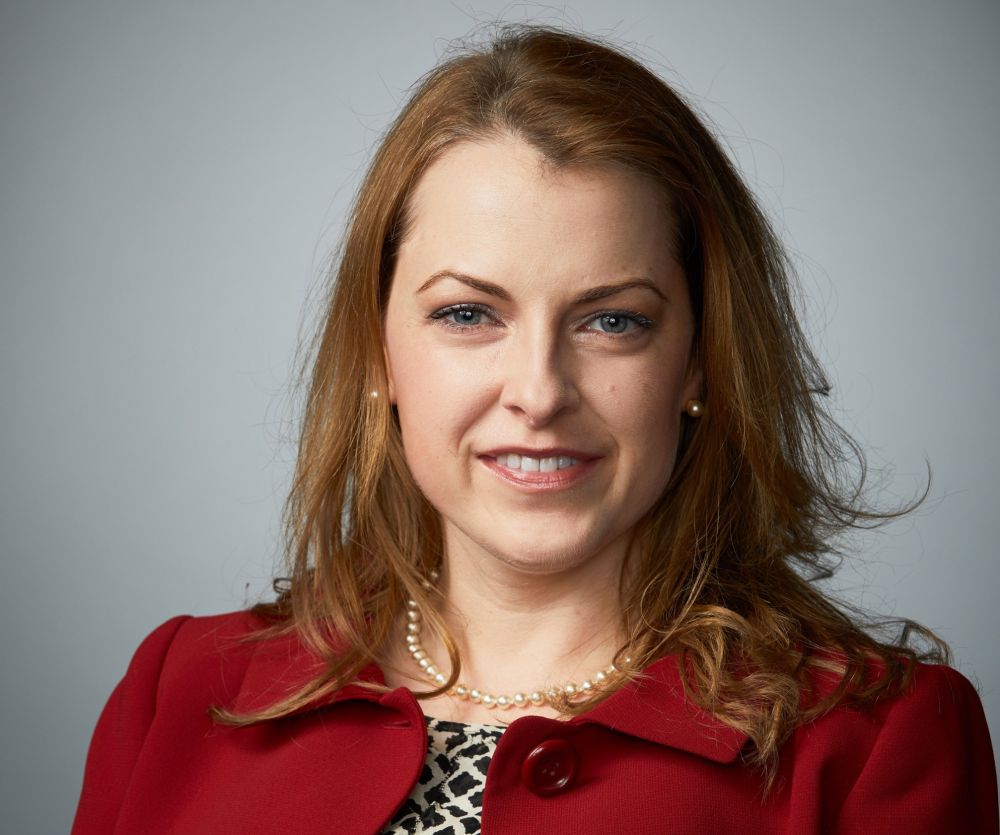 1. We all tend to hire people like ourselves — it’s human nature. I think that we have to be intentional in our hiring to make sure we aren’t just selecting candidates whose experiences mirror our own.

2. Women need to support each other. I agree with that Madeline Albright quote: “There’s a special place in hell for women who don’t help each other.” If you see a woman in your organization who has potential, help her rise! Mentor her. Talk her up inside the organization. Nominate her for the next big thing.

3. Speak up respectfully. When you see something that’s unfair or biased, call it out. When you’re in a leadership role, I think you have a responsibility to fight for others. Things only change when leaders speak up about inequality. 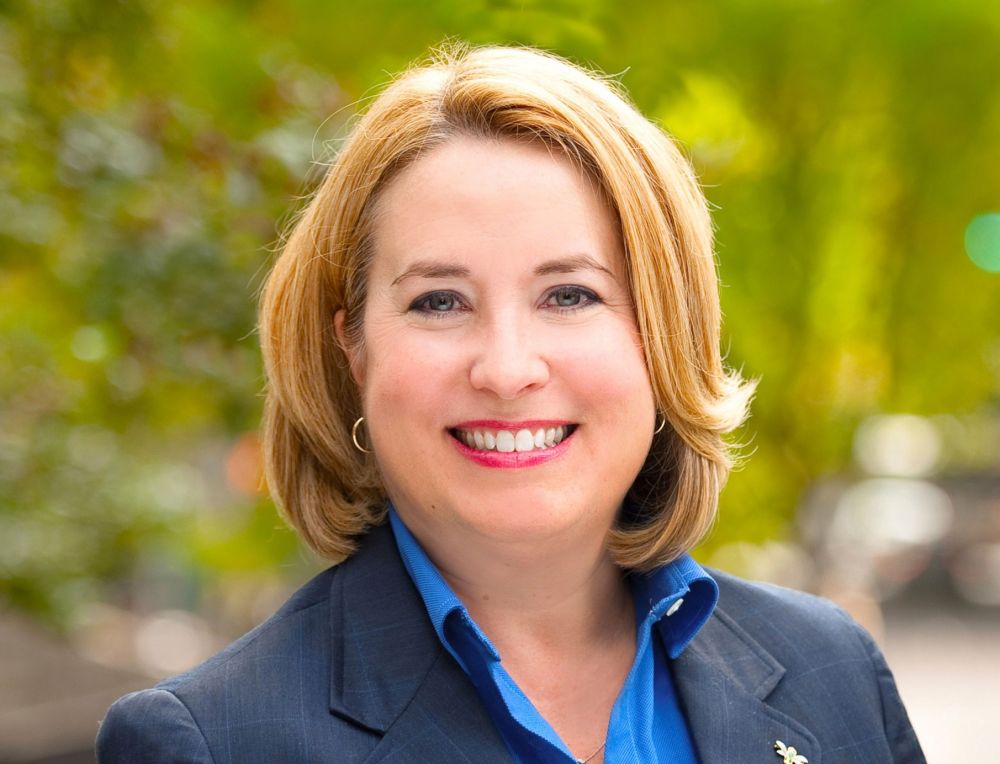 1. Adopt a maternity and paternity leave policy for employees and build a culture that encourages and supports using the policy.

2. Create career paths for women and men who choose to have children to re-enter the workforce after taking time off — whether that is six months or six years. A great employee is worth it.

3. Implement a formal sponsorship program to give traditionally underserved populations entering the workforce (for this example, women) the opportunity to develop working relationships with senior-level leaders. This also gives senior-level leaders an official platform to advocate for high-potential individuals.

10 of the Richest Women in History