5 multi-unit franchisees, ranging from 2 locations to 770, share their experience.
Next Article

The difference between owning a single franchise location and multiple franchise locations can be vast. But with each added storefront or territory, the challenges (and often, benefits!) increase. To figure out the best approach, explore the lessons learned by these multi-unit franchisees—who respectively run 2, 3, 34, 75, and 770 locations. 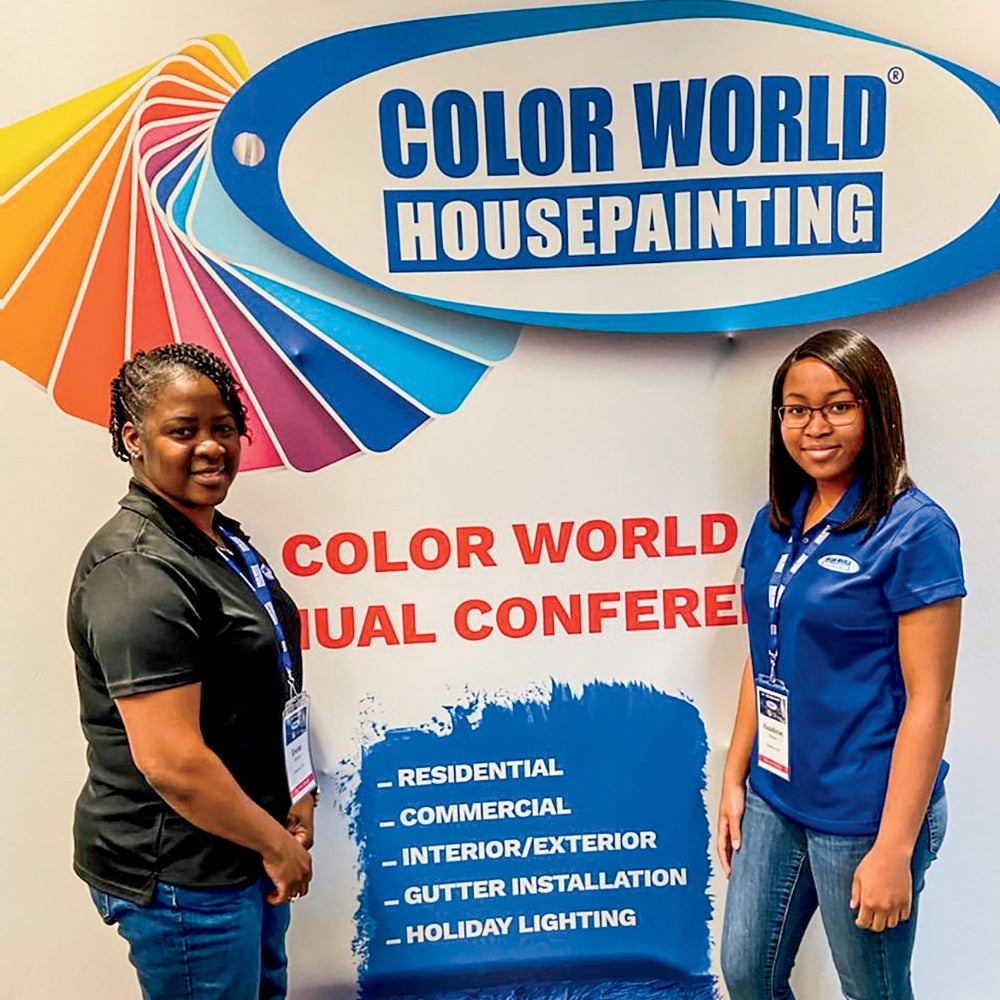 In January, Evette Hunter retired after serving 25 years in the Army. And in February, she became a franchisee with Color World Housepainting.

“I’d always wanted to be an entrepreneur,” says Hunter, who learned about Color World through Boots to Business, an SBA training program that’s part of the Department of Defense’s Transition Assistance Program. “But I wanted something where I didn’t need to reinvent the wheel, and this gave me the formula to be successful.”

After just one month running a single territory for Color World — which operates in 15 states across the country — Hunter trusted the formula enough to expand to a second territory, and she now works across 50 zip codes in Georgia and South Carolina.

But as she works largely with contractors and subcontractors to complete various jobs, from house painting to power washing and gutter installation, this year has been a crash course in finding reliable talent. “I’m more about quality than quantity,” Hunter says of the jobs she takes on. “But I’m finding that a lot of people want to do the work real fast and get paid.”

To identify and retain the best talent, Hunter is open to offering individual contractors full-time employment after six months. “They know that possibility is there,” she says. “And this gives me time to know they have my same work ethic.”

For now, two territories is plenty as she builds her operation and team — but she sees more in the future. “The Color World team wants everyone to win;

“I want to give myself two years to get really comfortable with this business, and then hopefully we will expand further.” 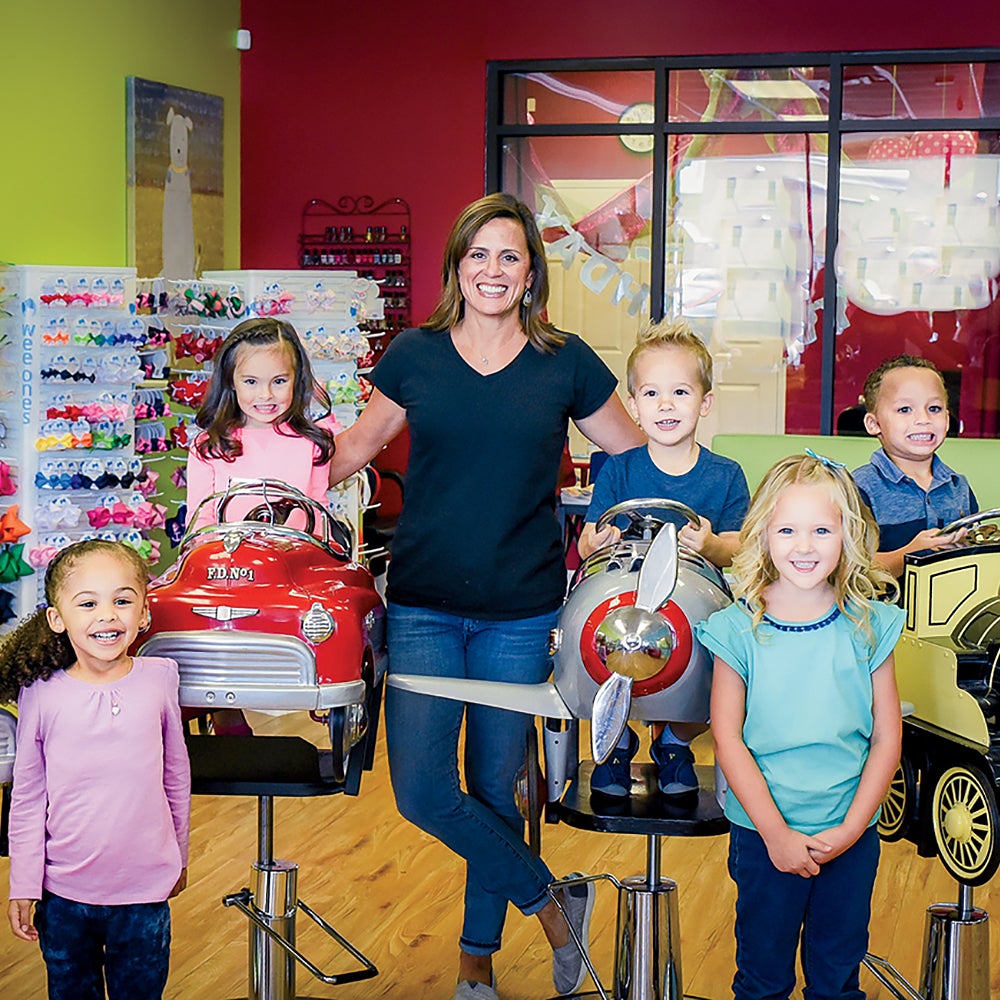 Years ago, when Jennifer Tribble took her 2-year-old son to get a haircut in Orlando, she experienced some dreadful customer service. “Two stylists got in an argument about who ‘had’ to cut the kid’s hair,” she recalls. “[I thought], This is your pride and joy, not a burden! In the land of Disney, why is there no great place for kids to get a haircut?”

That bad haircut gave her an idea — and in 2013, she opened her first Pigtails & Crewcuts salon, a space that caters exclusively to kids, with 66 locations across the country.

“My stylists are saints, and we give parents peace of mind,” she says. “The kids love it. We play movies, and we have a Nintendo Switch, themed chairs, snacks, prizes — we’ve thought of everything.”

Tribble opened her second location in 2016 and her third in December 2019. “Because we’ve built a reputation, the first month at our newest location did more than double what my other two stores opened at,” Tribble says. “It was already covering its cost — until this tragedy hit.”

Sales fell in March by about 30 percent, and by July, as cases spiked in Florida, Tribble’s business was still feeling the effects of the crisis. More locations does mean more responsibilities, but Tribble says they also provide a cushion. “If one store runs out of photo paper, we go get it from the other store,” she says. “I have 19 stylists I can pull from. Multi-location is ideal for me, and experience is your best friend. You’re not as scared by the nuances of business.”

Related: 7 Things You Need to Know Before Becoming a Franchise Owner 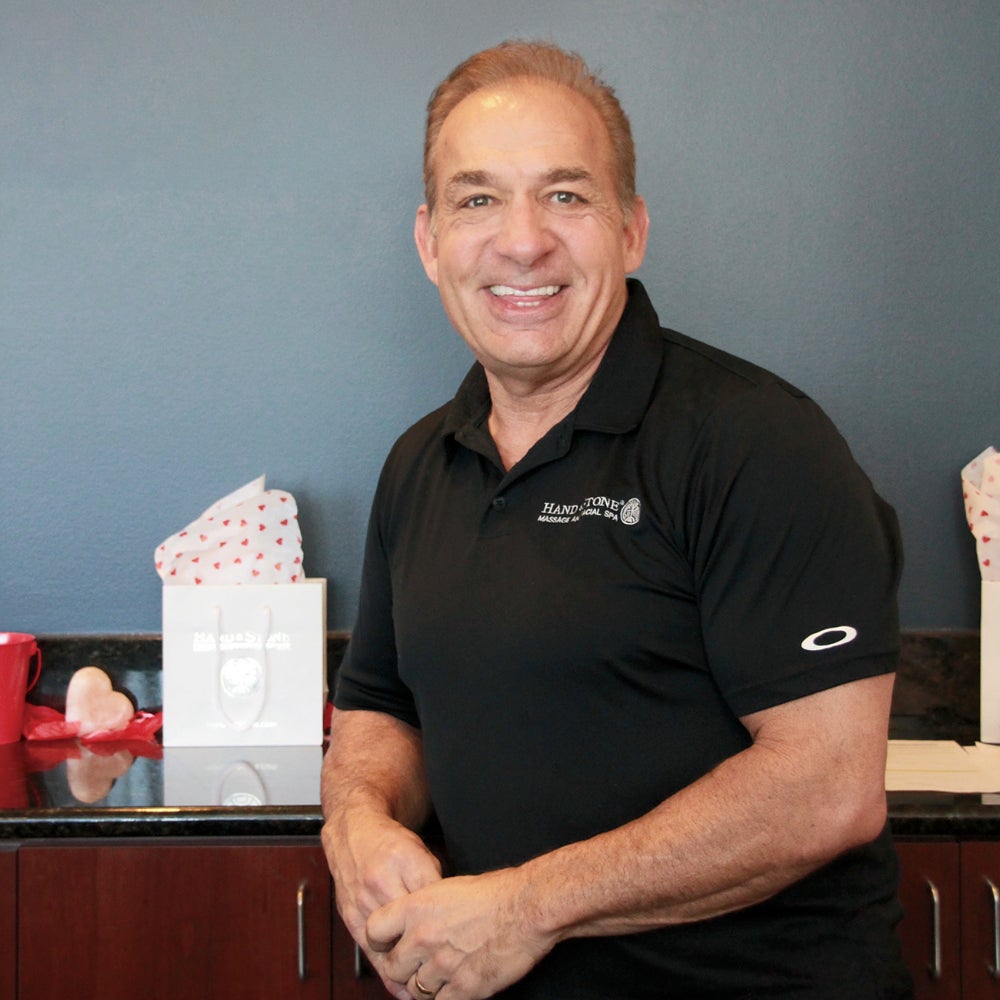 Eric Danver has never owned just one franchise location — and that’s by design.

“Mom-and-pop operators are just married to their location,” he says. “I wanted a different quality of life.”

Danver learned the ropes of franchising in the ’90s, when he got involved with the Papa John’s brand and eventually operated 53 stores across New Jersey and Pennsylvania. (He still owns 18.) There, he quickly came to understand the value of building an empowered team that could handle daily operations and allow him to focus on the growth of the business.

Two decades later, when he opened two Virginia locations of Hand & Stone Massage and Facial Spa, he thought he could just run the same game plan — but was startled by the differences in running the two brands. “The pizza delivery business is laser-focused; it’s all about speed, getting that pizza to the customer’s door as fast as possible,” he says. “The spa is all about relaxation and the client experience, and the staffing challenges are very different.”

Danver enlisted his two daughters to run day-to-day operations at those first two spas, where they built a reliable clientele that pays a monthly membership fee. (“That revenue model was very appealing to me,” Danver says.) He then went back to focusing on growth, but he tweaked his strategy to focus on acquiring existing locations from other franchisees.

“I learned pretty quickly that it’s easy to take somebody’s existing spa and make it better,” Danver says. “When you build from the ground up, it can take you a year to attract 500 members. When I do an acquisition, I start out with up to 1,000 members. So that’s the way we grow now.”

The strategy worked. Danver now operates 16 Hand & Stone locations and anticipates growing to 20 before the end of the year. (Business, of course, was impacted by Covid-19, but he is optimistic.) He has been focused on securing fast-moving cash deals to acquire new locations while trusting his expanding team to run daily operations.

“It’s a tough business, and if you’re an owner-operator and you’re in there every day, you’re dealing with a lot of headaches,” he says. “But I’ve got a lot of young kids who are energized and enthusiastic and love the business, and they’re ready to handle it. That’s our model.”

Related: 5 Deadly Sins That Can Wreck Your Franchise – and How to Avoid Them 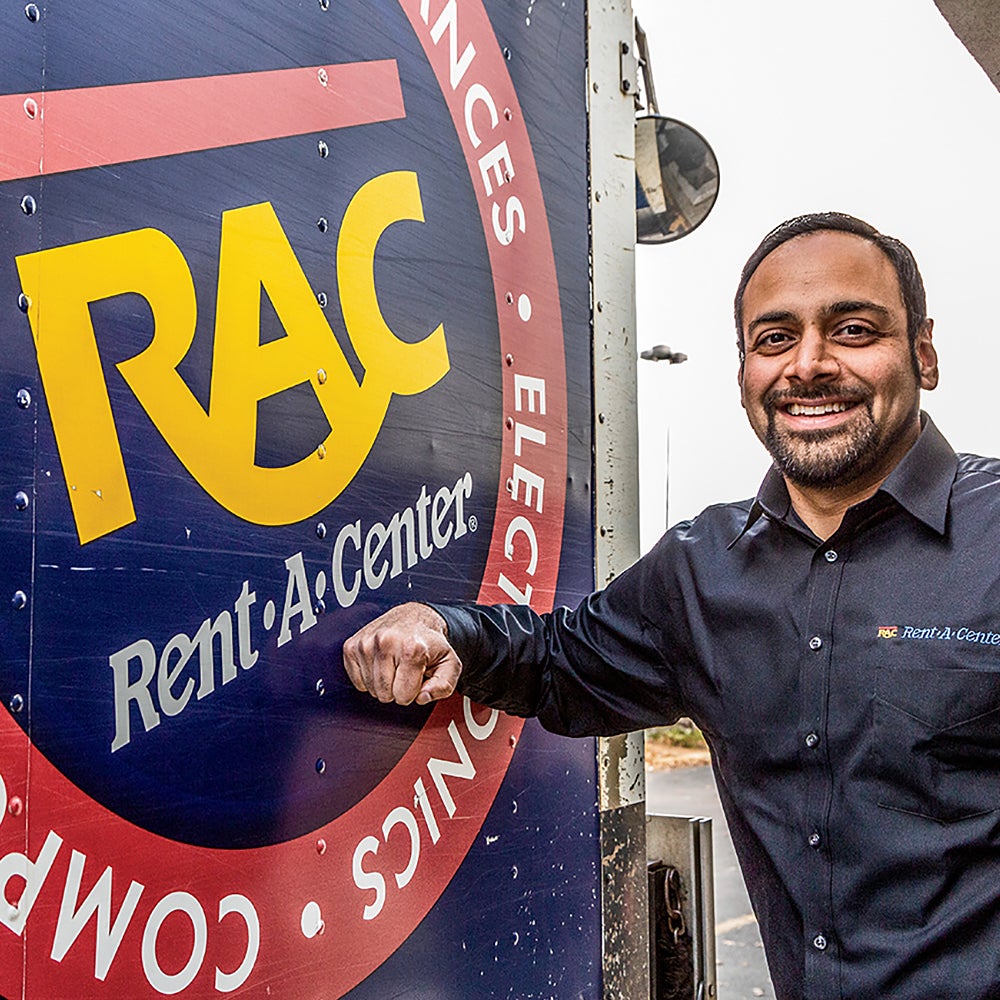 Shirin Kanji works for his family’s business. But it’s a far cry from a mom-and-pop operation.

Kanji serves as president of Impact RTO Holdings, a subsidiary of Impact Properties, a company his father started 35 years ago that’s focused on multi-unit franchising within hotels, restaurants, and retail. Kanji and his team focus primarily on the organization’s retail arm, specifically the 75 Rent-A-Centers they operate across eight states in the Southeast.

“I created our retail division in 2015 with the acquisition of 40 Rent-A-Center stores, and now we have almost doubled that count, which is fast,” Kanji says. “This business for us has always been about people, and how we treat our customers and our employees. We want the presence and culture of our family to be felt, even as we grow.”

But with more than 600 employees, that can be a challenge. So Kanji makes a concerted effort to put in face time at his locations and make sure he’s seen as an accessible leader, by both his employees and the people they serve.

“It’s not the fanciest solution, but it is just about increased presence, physically,” he says. “I’m on the road, my VP of operations is traveling, our regional directors are traveling. We can directly interact with the staff at each location and help them solve their issues internally, and externally with their customers.”

To do that, Kanji prescribes a combination of “rolling up the sleeves and getting in it” and leveraging technology. The latter has become increasingly important in recent months as his businesses have worked to adapt to changing restrictions brought on by the global pandemic, as well as changing consumer wants and needs.

Kanji’s retail businesses saw steady demand during quarantine, even while engaging remotely, and have seen an uptick as regions have moved toward reopening. But he knows some changes will stick with the company long after COVID-19 is no longer a threat — and that’s a good thing.

“Operating with fewer resources can really create a grit or a strong sense of will, and we’ve learned to be leaner in some areas, and that will probably stick,” he says, citing more team meetings via Zoom and more customer communication via digital channels. “We’ll carry some of those innovations with us, which will help us create a better customer service option.”

Related: The 8 Things You Need to Know If You Think You're Ready to Turn Your Business Into a Franchise 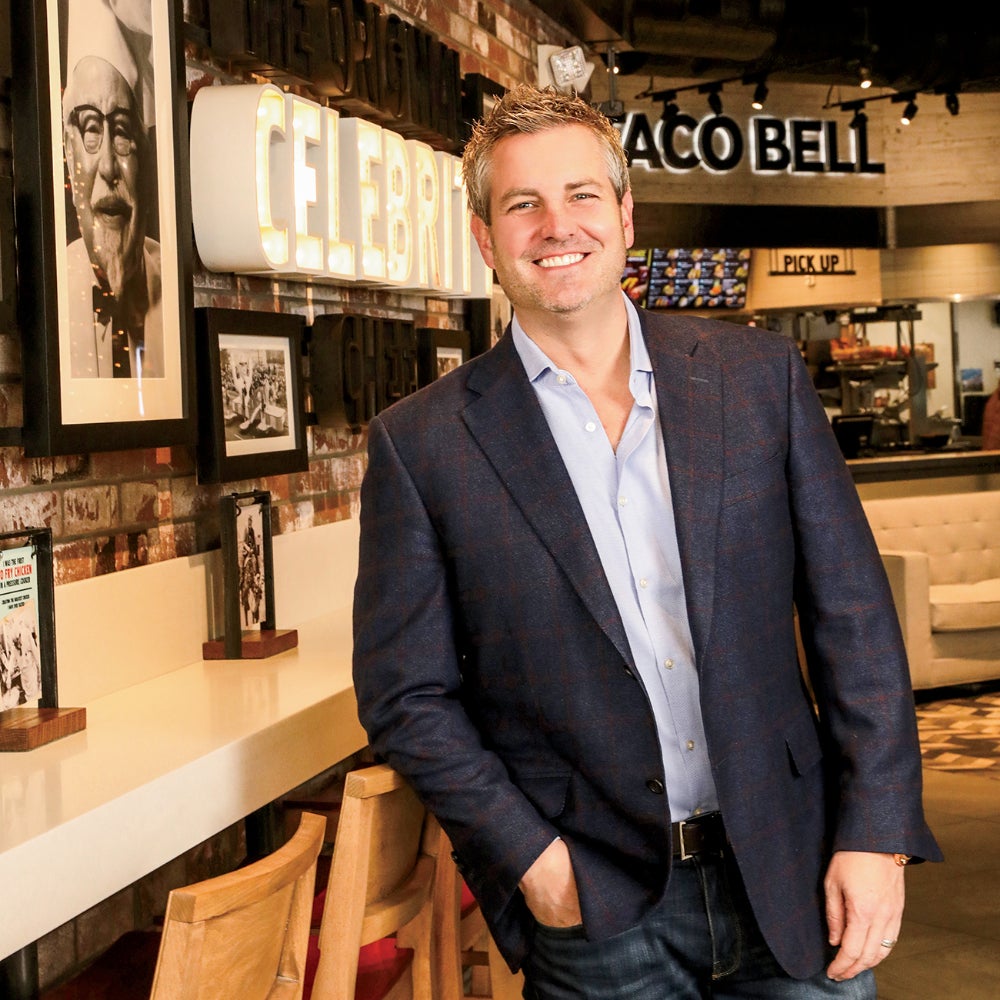 Today, Kulp is the CEO of KBP Foods, a multi-unit franchisee of Yum! brands, operating primarily KFC and Taco Bell restaurants. Based in Overland Park, Kans., KBP launched in 1999 and now operates 770 locations. Annual revenue is approaching $1 billion, and KBP is responsible for 15,000 employees.

“The bigger we get, the easier it becomes to find areas of our company where we’re just mediocre,” Kulp says. “The restaurants at the very top get a lot of attention, and the ones at the very bottom get a lot of attention. But whether it’s the way we communicate, build relationships, or reward and incentivize, we must focus on never allowing any units or performance or behavior to become mediocre just because we’ve gotten larger. It’s probably our biggest challenge.”

Kulp wants his entire team to keep that in mind, so the phrase “Fight for Great” is used often across all of KBP. But Kulp knows that encouraging words aren’t enough. To keep all employees motivated, KBP has created a variety of incentive programs.

At the restaurant level, Kulp and his team have created performance-­based incentives that reward employees directly when their store is performing well. For folks a little higher up the company org chart who’d like to invest in the company but don’t necessarily have the means to, a two-year program called Partner Track teaches them about investing, and a matching program built around bonus dollars helps those employees earn ownership in the business. For folks even higher up the corporate ladder, it’s not uncommon to have more than 50 percent of their net worth invested in KBP.

“I’m a big believer that if you walk into a casino and hand somebody a stack of chips, they’ll behave very differently than if they had to purchase that stack of chips themselves,” Kulp says.

He sees these programs as a big reason why KBP has been able to attract top talent as it continues to grow rapidly. (The business opens or acquires nearly 100 new stores a year.) “We have the ability to provide people with upward mobility, unique career trajectory, and financial upside that they can’t find other places,” he says. “And we firmly believe that tacos and chicken are the two sexiest businesses you could ever be in.”