Our Picks for the Best New Business Gadgets

From smartphones to tablets, a look at the hot new tech toys.

By Scott Steinberg February 25, 2011
Opinions expressed by Entrepreneur contributors are their own.

Like technology experts and IT insiders, small-business owners may have noticed a startling trend. Technology is suddenly everywhere.

A slow buildup of netbooks, 3DTVs and eReaders at the beginning of last year quickly built to a crescendo, and is now giving way to nearly innumerable new apps, tablet PCs and online solutions.

Dozens of surprisingly affordable consumer electronics are ready to aid entrepreneurs in any new enterprise. The watchwords for small-business technology still remain the same: mobility, value and convenience.

From supercharged slate computers to 3D video cameras, disaster-proof hard drives and even motion-sensing, app-ready Bluetooth headsets, what follow are several gadgets you'll want to add to your operating budget. All for (wink, wink) research-and-development or productivity purposes. OK, some may also hold special appeal for that inner gadget geek. 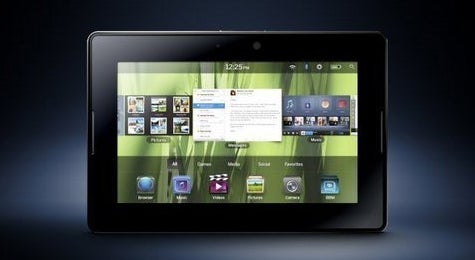 BlackBerry PlayBook (Under $500) -- BlackBerry's answer to the iPad, this beefy 7-inch tablet PC skillfully straddles the line between business and pleasure. Credit a 1GHz dual-core processor, 1GB of RAM and 16-64GB of storage, capable of powering mid-range productivity software and a wealth of custom business apps. Coupled with enterprise email support, wireless connectivity and native multitasking support, it could be an effective laptop replacement for many small-business owners. Features like 1080p high-definition video recording, dual HD cameras (suitable for impromptu videoconferencing) and built-in Flash (rich multimedia) browsing are a bonus.

G-Slate (Not yet priced) -- Super-fast connectivity, optional videoconferencing, 3D video recording and a stunning multi-touch display prove highlights of this anticipated tablet from T-Mobile, due to ship in March.

9 Series ($1599 and up) – An ultra-thin and lightweight 2.89lb MacBook Air competitor from Samsung, offering 6 ½ hours of battery life, a crisp screen and surprising power for a laptop computer with its Core i5 processor. OK, so the 9 Series isn't a tablet, but it deserves inclusion because it still weighs in as one of 2011's most travel-ready computing options. 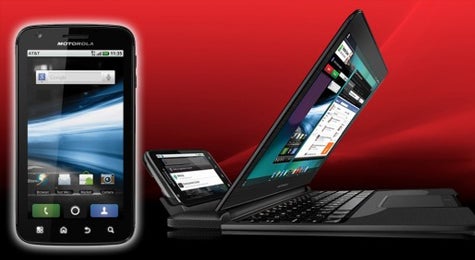 Atrix 4G ($199.99 with two-year contract) – This standout from Motorola packs a lot more power than the average smartphone, and can dock with a laptop, letting users take advantage of a full-size keyboard and screen. Its dual-core processor, 1GB of RAM and 16GB of memory are more akin to the specs you'd find on a netbook computer, not cellular handset, offering an obvious boost to performance and productivity. Running on the Android operating system, and compatible with thousands of downloadable apps, the device also offers 4G speeds (a large increase over current 3G standards). Bundled with the dock, it costs a whopping $499.99 with two-year service agreement. However, few mobile business solutions appear as versatile.

Optimus 3D (Not yet priced) – A smartphone from LG that lets you enjoy 3D visuals without cumbersome glasses that also captures photos and video, it offers more than enough computing power to handle everyday business tasks.

HTC ThunderBolt ($249.99 with two-year contract) – This smartphone from HTC aps into the speed of 4G cellular networks to make Skype video calling possible without the need for WiFi, and packs an 8MP camera with dual LED flash for sharp photos.

Xperia Arc (Not yet priced) – A thin and attractively designed Android handset from Sony that also includes an HDMI connector for displaying photos, video and streaming media on an HDTV's much larger screen. 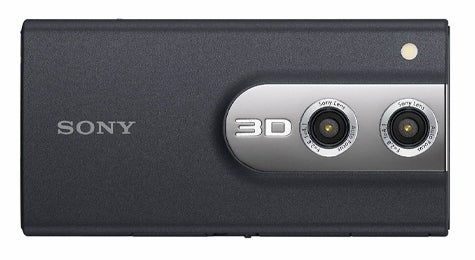 MHS-FS3 Bloggie 3D ($249) – While you could choose a high-end solution like Sony's HDR-TD10 camcorder, which shoots in HD or 3D and offers two lenses and sensors for superior output, it's largely overkill. Unless you're filming full-length movies or broadcast spots, consider skipping investing in a complete production studio and opting for this value-priced digital video camera instead. Capable of recording 1080p (crystal clear, high-definition) video or still photos in full three-dimensional glory, it comes with 8GB of internal memory and a 2.4-inch LCD screen that produces 3D graphics without the need for specialized glasses. The device's relatively low cost and high-quality output should make it a ready everyday solution for shooting video blogs, product demos, testimonials or other short films suitable for spreading via social media.

DualView ST700 ($279.99) -- A two-faced digital camera from Samsung that includes a relatively large-sized 1.8-inch LCD screen on the front, and 3-inch touchscreen on the back, allowing power personal communicators to take easier self-portraits.

Tryx ($249.99) -- This 12.1MP digital camera from Casio is capable of capturing 1080 high-def video, but really wows with a swiveling case that makes it painless to capture executive headshots, behind-the-scenes photos and pictures of the new office.

PlaySport ZX5 ($179.95) -- Dunk it, drop it or jostle it around, this weatherproofed digital camcorder from Kodak, which records 1080p HD video and captures 5MP stills, makes a solid fit for on-location shoots and extreme product demos. 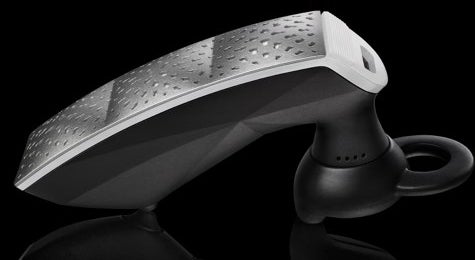 Jawbone Era ($129.99) – Popular as predecessor the Jawbone Icon was with technology experts given its performance and stylish look, this hands-free Bluetooth headset does it one better by adding motion controls. Featuring a built-in accelerometer, you can shake the device to pair it with a mobile phone, or answer calls by tapping your finger. As ever, solid noise cancellation features also make it easy to hold meetings while strolling down city streets, with high-definition audio and a 25% larger speaker further helping boost sonic clarity. Most exciting is support for regular downloadable software updates or apps through the MyTalk platform, as developers can theoretically add an array of touch-activated features from automated note-taking to email dictation.

Rugged Portable (starting at $149) -- Portable external USB hard drives from ioSafe ranging between 250GB-1TB in size that are strong enough to withstand an apocalypse, having been crush-, drop-, shock- and waterproofed to wondrous levels.

SuperHero ($69.99) -- An iPhone and iPod touch charging dock from Iomega that simultaneously backs up contacts and photos to a secure digital (SD) memory card (4GB and up) while in the cradle so you can restore or transfer data on-demand.