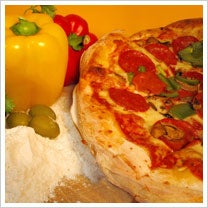 Best-selling author. Political commentator. TV and radio talk show host. It's no surprise TIME magazine named Tavis Smiley one of "The World's 100 Most Influential People" in 2009. And when Smiley wanted to have an influence on the economy in his home state of Indiana, he turned to franchising.

The PBS host, along with business partner Harold Patrick and unnamed investors, recently purchased the rights to open at least 37 Marco's Pizza franchises in the Indianapolis area over the next five years. His first restaurant opened in April.

That restaurant currently employs around 20 people. Smiley hopes that by the time the other 36 franchises are up and running, they'll have created about 1,000 new jobs. And his high expectations for the business don't stop there. He believes that over the next 20 years, it'll pump at least $1 billion into Indiana's economy. How's that for influence?