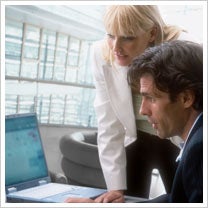 If you haven't been paying attention to your online reviews, it's probably time to start. This morning, RatePoint, a firm that provides businesses with online reputation management tools, revealed the results of a survey illustrating the importance of customer feedback.

Nearly 25 percent of respondents said online reviews benefited their businesses, and only four percent indicated a negative impact. And not only are reviews six times more likely to help a business, but the numbers also imply a correlation between good testimonials and business growth: 71 percent of small-business owners who said they didn't know the impact of an online review reported a decline in business; but 55 percent who stated reviews had a positive effect perceived either no change or positive growth.

So in plain-speak, what's the significance of a business's online reputation? I asked RatePoint CEO Neal Creighton to explain.

Why are customer reviews so important?
It's the No. 1 customer retention and acquisition tool you can use on the internet today. The statistic is that more than 70 percent of consumers look for reviews, and the number should probably be higher than that.

If people read credible reviews about your company and they're positive, you will sell more. And if you collect negative reviews, and try to solve the complaints, you will retain more customers.

Have you seen businesses grow by managing this type of feedback?
We've seen many cases of this. One great example is GoGreenSolar.com, which grew about 20 percent using our products. They started collecting data from their customers, learning what they were doing wrong, what they were doing well, and publishing that feedback directly on their website.

It also optimized their search position in Google, because Google loves fresh content, and if you have new reviews, people will end up on your website.

If business owners don't want to collect their own feedback, should they try to get on review sites like Yelp and CitySearch?
Obviously a lot of people use those sites, and sites like Yelp are trying to open up a little bit for businesses. But not a lot.

By and large there's not the same level of [transparency] on these sites--you don't know who those customers are, or whether merchants are reviewing themselves. So we encourage people to collect reviews directly, and point customers who have good things to say to publish reviews on other sites.

But is something like Yelp better than nothing?
It depends. If you're proactive, you can get a lot of positive reviews you can capitalize on. But if you're reactive, it could be a lot worse. Many reviews on the internet are emotional reviews, and if you ignore them, you're at greater risk for getting these negative reviews. For a small business like a local landscaper or a spa, a bad review with a high profile can do a lot of damage.

I suppose there's not much you can do on a third-party review site, but in general, how do you do damage control?
Collect the review, have a conversation, and try and solve the problem and learn from your mistakes.

What customers really want more than anything is to get their problem resolved, so if you talk to them, they're not going to go to other places and post. We've found that 90 percent of negative reviews can be turned around just with some interaction, and once you attempt to fix the problem, these customers will become your advocates.

For the remaining 10 percent, have a management response to them, and it will enhance your credibility as a transparent business. Besides, if a company rates 100 percent on the internet, it can even seem [suspicious].

What's something business owners can do right now to begin managing their online reputation?
Get involved. Even if they're not using RatePoint, they need to collect feedback and have a conversation with their customers.

We're in an interesting time period where user-generated content is kind of king, so it's important to be very aware of what's being said about them online. They can just [Google] their company name and "review" and see if anything pops up so they know what their reputation looks like and how it's impacting their business.