Has Your Insurer 'Purged' Your Company? 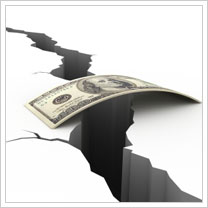 Ever felt like your small business lost its insurance coverage for no good reason? Apparently, you're not alone.

In case you're not addicted to C-SPAN, Both houses of our federal legislature are investigating whether major insurance companies deliberately cancel coverage -- a practice known as 'purging' -- or jack up premiums for small businesses after they file large claims from a sick employee or two. Rep. Henry Waxman and Rep. John D. (Jay) Rockefeller IV are among the lawmakers who have sent letters to top insurers, seeking to learn how cancellation decisions are made. The Senate Commerce Committee has also recently held hearings on the topic.

While the debate about healthcare reform rages on, with uncertain outcome, this probe may at least bring reform in how insurers decide whether small business policies can be renewed, and what small businesses can be charged.

If you think you may have seen unfair rate hikes or cancellation, now's the time to let your legislators know about it. Like they say, be the change you want to see.