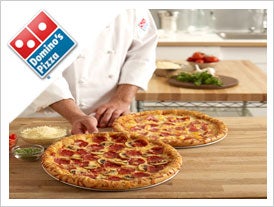 Domino's is far from the first food franchise to advertise that its recipes are "new and improved," but you won't find many others willing to admit so openly just why the recipe needed improvement in the first place. Domino's took a risk back in December by baring all in its documentary-style commercials, which revealed customer complaints about cardboard crust and ketchup-like sauce. But it also showed real Domino's employees working determinedly to create something better.

The honesty of the commercials succeeded in capturing not only customers' curiosity, but their sympathy as well. There's something quite appealing about a big company willing to admit to its mistakes and put in the effort to correct them--especially amidst the corporate scandals and big bailouts that dominate the news nowadays.

And the proof is in the pudding--or rather, the pie. Domino's reported this week that its fourth-quarter profits rose to $23.6 million--more than double last year's figure. And franchisees are enjoying better times as well, with store sales up 1.4 percent.

Of course, it remains to be seen whether Domino's upward momentum will continue. The interest generated by the unique frankness of the Pizza Turnaround campaign undoubtedly brought in a lot of new customers to try the new recipe. But will that interest wane, or will they keep coming back for more?

Only time will tell, but for its part, Domino's has already decided that honesty really is the best policy. Pizzaturnaround.com boldly displays news coverage and Twitter comments--whether good, bad or ugly.