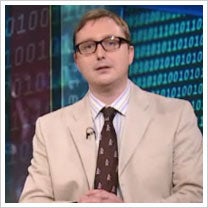 If you're plugged in and tuned in to topics related to government regulation of the internet, you have probably heard the term net neutrality. If you find the term confusing, join the club. Most people have never heard of it, and even fewer people understand it.

Most internet users would agree that net neutrality is a good thing, providing unfettered access to everything the internet has to offer and whatever the end user chooses to see, hear, or listen to.

So, if net neutrality is such a good thing, why did the D.C. Circuit Court of Appeals recently overturn the FCC ruling against Comcast for interfering with the BitTorrent traffic of its subscribers? Even more baffling, at first glance, is why the Electronic Frontier Foundation supports this ruling. After all, the FCC was merely trying to enforce net neutrality, right?

The problem, as the Court of Appeals has decided and Electronic Frontier Foundation legal analyst Fred von Lohmann points out, is that giving the FCC power to regulate the internet could set a dangerous precedent ultimately resulting in less net neutrality and more government control over internet access. Moreover, government regulation would likely stymie internet growth and development.

What the FCC attempted to do was circumvent restrictions on its own authority by relying on its "ancillary jurisdiction." As von Lohmann reveals, the FCC feels that it can use its ancillary jurisdiction to "[...]regulate without waiting for Congress so long as the regulations are related to something else that Congress told us to do...."

Besides, government regulation is not necessary in maintaining net neutrality. The market has an excellent track record of policing itself and enforcing net neutrality. News of violations spread like wildfire on the internet, and companies who commit these violations are bludgeoned in the court of public opinion. As a result, very few serious violations arise, and they certainly do not rise to a level that we need legislation or FCC action to correct it.

For these reasons and others, it's very easy to understand how someone can be pro net neutrality and anti-government-regulation . . . which is where I stand, too.

What do you think?