By Carol Tice April 19, 2010
Opinions expressed by Entrepreneur contributors are their own. 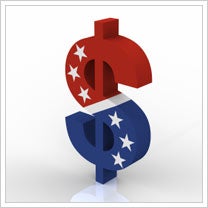 With 2009 tax season just over for many business owners, it's time to look ahead to the wide variety of new tax rules owners might take advantage of in 2010.

On healthcare reform, the IRS plans to send postcards to 175,000 tax professionals to educate them about the Health Care Tax Credit, and will hold 1,000 workshops for interested business owners. The credit covers 35 percent of health insurance costs now, and rises to 50 percent in 2014. It's good for businesses with fewer than 25 workers who earn an average salary of $50,000 or less. The credit's a bit complicated and works on a sliding scale depending on company and salary size.

Then there's the Hiring Incentives to Restore Employment, or HIRE Act. This one offers employment tax breaks for companies hiring workers who were previously unemployed. There's more benefit if the workers stay employed over a year. This one's complicated too...but payroll-service provider Paychex has created a calculator to help you see what your benefit might be for making and retaining a qualified hire under the new rule.

One bill still moving through Congress to keep an eye on is the Small Business and Infrastructure Jobs Tax Act of 2010. HR 4849 has passed the house and its issues will next be taken up by the Senate, so we're not quite there yet. But the House version could impact estate planning for many business owners.

Big win: the proposed new law would exclude all gain from the sale of private company stock acquired between March 2010 and the end of 2011 from taxable income. There are also several breaks that may help keep some entrepreneurs from having to pay the dreaded Alternative Minimum Tax.

On the dark side, the bill calls for new restrictions on Grantor Retained Annuity Trusts, or GRATs, requiring they have a 10-year minimum term. Estate-tax expert Gary Phillips recently blogged that this provision would severely limit the use of GRATs, which can be a good method for transferring wealth to heirs tax-free. "If you have been considering implementing a GRAT, you should move forward quickly before it's too late," he advises. We'll see what the Senate does with this one.