Could We Seriously Get the VAT?

Carol Tice
Owner of Make a Living Writing
April 22, 2010 min read
Opinions expressed by Entrepreneur contributors are their own. 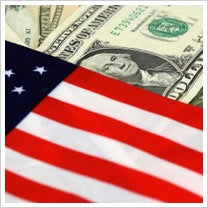 We all know our nation has spent a bundle trying to stimulate the economy again. It's been suggested that there's only one way out of this debt mess now -- the value added tax.

Better known as the VAT, the value-added tax is charged on retail goods and services. It's essentially a national sales tax that goes on top of state and local taxes charged. The entire European Union collects a VAT, which is typically steeper than sales tax here in the U.S. -- in Britain, for instance, it's 17.5 percent.

Rumblings about the VAT began months ago, with some observers insisting a U.S. VAT is inevitable because it's the only tax-funnel big enough to address our debt and help fund healthcare reform. Earlier this month, former Federal Reserve chairman Paul Volcker brought the subject up at a New York Historical Society meeting, saying the VAT should be discussed as a serious option.

President Barack Obama kept the VAT rumor going this week in a CNBC interview. When asked about the VAT, our chief executive did not rule it out. He noted it would be novel for the U.S....but also that it "has worked for some countries."

The road to a VAT would certainly be a contentious one, as the VAT would essentially raise prices on just about everything. Do you think a VAT is likely? How would the VAT impact your business? Let's continue the VAT chat in the comments.