By Carol Tice August 26, 2010
Opinions expressed by Entrepreneur contributors are their own. 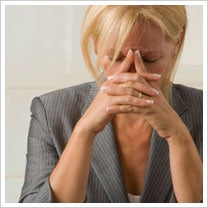 Troubling statistics have been rolling in lately about job losses. While the beginning of the recession saw the shedding of thousands of jobs en masse at major corporations, by the end of last year, job cuts were concentrated at small businesses. While financial aid aimed at small businesses continues to sit in the Senate, the Bureau of Labor Statistics reported 62 percent of cuts were at firms with less than 50 workers -- the kind that provide nearly one-third of all jobs.

And those cuts hurt that business, and the economy, in ways big-company layoffs never will.

Small businesses will often cut to the bone before laying off longtime workers. Some have done furloughs, voluntary sabbaticals, pay cuts, deferred maintenance, marketing reductions -- anything but pink-slipping workers. For many entrepreneurs with small staffs, those people have become like family.

So if small business owners are sending workers out the door, you know the business is in real trouble. They're teetering on the brink. Small-business layoffs may presage another round of small-business closures.

With talk of a double-dip recession increasing, it seems like small businesses may be the epicenter of the second half of this downturn.

Another difference: Big companies often offer severance packages, retraining, and job-finding assistance when they do a big layoff round. Small companies rarely have those resources. So laid-off workers are more adrift and have less of a financial cushion to see them through to the next job. Their layoffs may impact consumer spending more than those of '08 and early '09, when workers parachuted out of big corporate jobs in droves.

Small-biz layoffs mean longtime relationships torn asunder and the loss of experienced workers whose value to small businesses is hard to calculate. When businesses can finally hire again, it'll be a long ramp-up before they have the expertise in-house they had before having to let their workers go.

Final pain point: This brain-drain may put small businesses at a disadvantage in capitalizing on the recovery, whenever it appears.

Have you had to lay off workers? If so, how did you handle it? Leave a comment and let us know.