Is the Small-Business Recession Worse Than You Think?

Carol Tice
Owner of Make a Living Writing
September 13, 2010 min read
Opinions expressed by Entrepreneur contributors are their own. 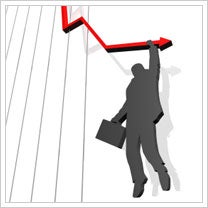 It's always difficult to get an accurate read on how small businesses are faring. Most small businesses are privately held and not very forthcoming in sharing details about their operations. Ask an entrepreneur "How's business?" these days and you could be in danger of getting smacked.

But datahouse Sageworks, which specializes in small-business intelligence, has been tracking small-company employment through the downturn. Their assessment: That recession in the mirror may be larger than it appears.  Looking at revenue data from more than 25 million small businesses, Sageworks CEO Brian Hamilton finds that over the past two years, sales were down about 5 percent for the small-business sector -- and then down another 5 percent the following year, on top of that first decline.

There are some bright-spot sectors in the mess, Hamilton says: healthcare and education, particularly technical and trade schools. We're apparently drinking a lot -- beer, wine, and liquor stores are doing well.

Strangely, child care centers are still doing well, even though you'd think there are fewer people needing child care since more are unemployed. That one's a puzzle to me.

Ecommerce is strong, as we've noted in this space recently. But of some 1,200 industries Sageworks tracks, Hamilton says perhaps 40 categories are doing well.
Low points are fairly obvious -- anything real-estate related, basically.

When you go down 5 percent and 5 percent again -- as anyone who knows the magic of compound interest will tell you -- that's more than a 10 percent decline. That level of revenue shrink can have a fearsome effect on the bottom line. "De-leveraging assets" is the technical term the big retailers use, which translated means "I'm stuck with the same fixed costs but have less income with which to pay them." Anyone with a store and rent to pay is in deep trouble with this kind of revenue decline.

On the stock-trading Web site Mr. Swing, blogger TraderMark has his theory about what's choking small-business growth -- the bloated healthcare and government sectors.

What do you think? Has Washington downplayed how bad it is out there for entrepreneurs? If so, what's to blame? Leave a comment and let us know how you're weathering the recession.