By Mikal E. Belicove February 1, 2011
Opinions expressed by Entrepreneur contributors are their own. 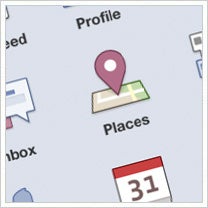 There's an independent theater near my house that offers customers a cheesy looking discount card. Show it to the disinterested teen-ager behind the glass when you buy a ticket and he'll take your money and punch a hole in the card. After five punches, the next film is free.

Of course, if it's a "new" movie, the kid will tell you the discount card is no good, but that's not the point of this story.

The point is Facebook Places has hopped on the location-based check-in bandwagon with both feet, giving Foursquare, SCVNGR and Gowalla a run for their incentive-based money. As you might recall, Facebook Places provides anyone with a smartphone or mobile device the opportunity to share where they are, connect with friends in the immediate area, or tell them that they're visiting an eatery, for instance, by "checking in" on Facebook. Places has been around since late last year, but until now, it lacked much incentive for its users. Enter Facebook Deals.

Facebook Deals is a simple concept that enables businesses like yours a means of offering bargains and discounts that can potentially bring traffic to your business, create buzz, and foster customer loyalty. Like the theater punch card, Facebook Deals entices loyalty from your customers by offering them a tangible discount -- and you don't have to deface a raggedy ticket to make it work.

Best yet, by promoting your business with Facebook Deals, you could create a snowball effect brought about by the enormity of Facebook itself. First, there are more than 200 million Facebook mobile users out there, many looking for deals for themselves and to pass on to friends. Adding to that is research that shows Facebook users have, on average,130 online friends. So when someone goes to your Facebook page to take advantage of a Deals discount or bonus -- wham! -- you've got 130 other folks exposed to your online offer.

Individual Deal: These reward both new and existing customers with a discount or other incentive if they "check in" on Facebook Places at your business. It's also useful to launch a new product, move soon-to-expire inventory or attract more people to your place of business.

Friend Deal: By offering a discount or deal to a group of people when they check in together, you build even more exposure because these customers need to scramble to find enough Facebook friends and family to take advantage of your offering.

Loyalty Deal: Customers can only claim these rewards or deals after a designated number of "check-ins" on Facebook Places. As the business owner, it's up to you to determine whether that deal can be claimed after only two check-ins or 20.

Charity Deal: This altruistic method offers businesses the opportunity to shed a good light on themselves while contributing to a good cause (it's called "Cause Marketing" and if you're unfamiliar with how it works, read Kim T. Gordon's How to Start a Cause-Marketing Campaign here on Entrepreneur.com). Your business pledges a donation to a charity in exchange for Facebook users checking in at your location.

So how do you go about creating deals on Facebook for your company? For now, Facebook Deals is in beta and it is being introduced on a limited basis. But more businesses with claimed Places on Facebook are starting to see the "Create Deals" button at the top right of their Facebook page under the "Marketing" button. Go ahead -- push it!

For more information on how to set up Facebook Deals for your business, visit http://www.facebook.com/deals/business.