By Mikal E. Belicove February 3, 2011
Opinions expressed by Entrepreneur contributors are their own. 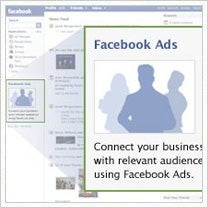 If you've been sinking a portion of your marketing dollars into Facebook advertising the past year or so, you might be wondering how that online advertising is paying off for you. And with Facebook ads expected to pull in more than $2 billion from U.S. advertisers and $4 billion worldwide this year, you shouldn't feel like the Lone Ranger. It appears most brands that advertise on Facebook haven't been able to assess how their campaigns are performing, according to Webtrends.

Not surprisingly, advertisers got fewer clicks for their buck in 2010 compared with 2009, with demand for ads and audience sophistication prompting ad prices to climb. For instance, the average click-through rate in 2009 was 0.063 percent at 27 cents per click, compared with an 0.051 percent CTR at a 49-cent cost-per-click rate the following year. That means forward-thinking marketers can save money by building their Facebook campaigns now, thus taking advantage of rates that are only going to climb higher later.

Meanwhile the cost per thousand - the amount Facebook charges advertisers for an ad to be displayed 1,000 times -- averaged 17 cents in 2009 compared to 25 cents per thousand in 2010. And while figures aren't available for the cost per fan in 2009, that price tag was $1.07 for each fan who clicked through in 2010, according to Webtrends.

Most interesting perhaps is the finding that the older we get, the more likely we are to open ads, with the most Facebook ad clickers peaking at the ages of 55 to 64. Furthermore, women are more likely to click onto ads than men.

As for geographic targeting, it appears location has little to do with the rate at which people click on ads on Facebook, with the exception of Hawaii -- which has a click-through rate that is half that of most states -- and North Dakota and Wyoming, where CTRs are double and triple (respectively) the national norm. I can only assume that the island folks have a lot more activities to contend with than those in the two landlocked states.

Webtrends' analysis also shows that search ads (ads placed on pages displaying search results) can successfully run for months because there will always be new people searching for terms related to the ad.