By Mikal E. Belicove February 8, 2011
Opinions expressed by Entrepreneur contributors are their own. 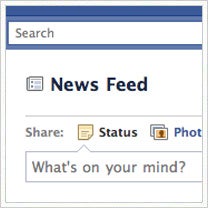 There's been a settlement in the case of an ambulance service employee who was fired last year for posting some pretty caustic comments about her supervisor on her Facebook page (read Can Complaining About Your Boss on Facebook Get You Fired?). The regional office of the National Labor Relations Board (NLRB) in Hartford, Conn., announced late yesterday that the ambulance service -- American Medical Response of Connecticut, Inc. (AMR) -- has agreed to revise what the NLRB called "overly-broad rules" in its employee handbook regarding blogging, Internet postings and communications between employees.

You may recall that an angry ambulance service employee went online to post some not-so-positive feedback about her supervisor on Facebook. The remarks were the result of a work-related spat, and the employee's angry musings drew supportive response from some of her co-workers and friends.

The woman was fired as a result of the Facebook comments and last October, took her case to the NLRB. The labor board subsequently filed a complaint alleging that the ambulance service had illegally terminated the employee for complaining about her supervisor online. In addition, the Board said AMR had illegally denied the employee's request for representation from her union.

Under the terms of this week's settlement, AMR agreed to revise its employee handbook so the rules don't restrict employees from discussing their wages, hours and working conditions with co-workers and others while not at work. The settlement also prevents the company from disciplining or discharging employees for engaging in such discussions outside the workplace.

In addition, AMR promised that employee requests for union representation will not be denied in the future and that employees will not be threatened with disciplinary action if they ask for union representation. In regard to the particular employee, the allegations involving her discharge were resolved in a private and separate agreement with the company.

This was an unusual case in that it is the first time the NLRB has filed a federal complaint about social media policy issues before an administrative law judge. For start-ups and businesses of all sizes, this decision should serve as a reminder that it might be a good time to review your company's employee handbook. The ruling appears to let disgruntled employees off the hook when they choose to rant about real or perceived wrongs online.