When a Groupon Promotion Went Wrong

Groupon can deliver a single business hundreds or even thousands of new customers. Are you ready?
Next Article Add to Queue

Get a glimpse of how to influence your audience’s buying habits using traditional and unconventional influencer marketing techniques.
March 4, 2011 5 min read
Opinions expressed by Entrepreneur contributors are their own.

For many businesses, Groupon promotions can help increase traffic and expand your customer base with no initial investment. But as one Portland, Ore., coffee-shop owner discovered, getting something for free can get very expensive.

Groupon, like other social buying sites LivingSocial and BuyWithMe, offers to dispatch daily deals with steep discounts to members of its email list on everything from spa visits to a night on the town. In exchange, the sites typically take half of the discounted offer price.

Although that doesn't leave much left over for business owners who participate, the trade-off can be appealing. In some cases, thousands of new, potentially lifetime customers will be introduced to your business. But the question is: If they do come, can you handle them? 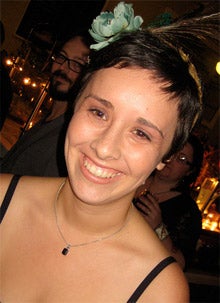 Jessie Burke, the owner of Posies Café in Portland, said her experience with Groupon proved to be too much to handle. Not only did she underestimate the number of shoppers her Groupon promotion might attract, the discount offer itself was too generous.

Groupon's CEO Andrew Mason called the ordeal, which Burke detailed on a post to Posies' blog that went viral, "painful." Groupon seeks to be a win-win for business owners and consumers alike, he says. Although he acknowledges that the service isn't perfect, he says Groupon is willing to consider new ideas. "It means a lot to us to make these promotions successful," he says.

Meantime, business owners like Burke can pay a steep price for marketing experiments. While Posies' foot traffic shot up by about a third after the promotion, the majority of her new customers did not spend above the value of the Groupon offer. Many of them used multiple Groupons at a time. They also neglected to tip staff members, attempted to use expired coupons and subsequently became irate with staff members when they were refused.

"I consider it the single worst decision I've ever made as a business owner," says Burke. "I could have done a lot more advertising for $10,000 with a lot less frustration."

It isn't hard to see why Burke and thousands of other business owners have tried Groupon since the company launched its first discount offer to Chicagoans in 2008. The company claims to attract not only repeat customers but also those who tend to spend more when they shop.

Although business owners don't generally expect to turn a profit with Groupon promotions, they also don't expect to go into hock to keep their businesses afloat.

Here are four lessons that small companies interested in testing out Groupon can learn from Burke's story.

1. Put a cap on sales.
To limit the number of discounts available, Groupon offers to cap any of the deals it publicizes. Burke claimed that she was never informed of such a cap.

"It's possible that nobody told her or that the information wasn't volunteered to her. But it's not in our interest to oversell a business," says Mason. The more common problem is that merchants want to set their cap too high.

2. Customize.
In addition to placing a cap on deals, Groupon allows business owners to customize various parameters of an offer. For instance, users can include gratuity and limit the number of times a single Groupon can be sent along to another person.

3. Use the merchant services tools.
Groupon recently added a number of tools to its merchant services department. Among other features, owners can access return on investment (ROI) calculators, capacity-planning tools, online redemption-tracking software that can be downloaded to a mobile device and a two-way ratings system that allows merchants to identify problem customers and vice-versa.

4. Ask for the 50/50 split on all sales.
When working with Groupon, owners are typically paired with a Groupon sales representative who negotiates the offer details, for instance, how much to charge and Groupon's cut.

Mason says such a move was likely the action of a rogue sales rep and that Groupon doesn't condone such conduct. "We've cracked down on that," he says. While there isn't an official policy, a 50/50 split has always been the default, he says.

No doubt, innovative low-cost online marketing tools can be an attractive alternative to conventional advertising. But Posies' experience underscores the importance of calculating the bottom-line business impact before experimenting with cutting-edge tactics. And a big factor in the equation is the possibility that your promotion could succeed beyond your expectations.