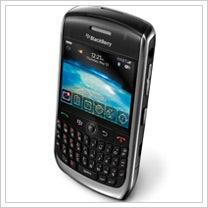 BlackBerry is looking to small-group meetings and conferencing, of all things, to get more chummy with small-business users.

BlackBerry Mobile Conferencing is similar to other third-party mobile conferencing and scheduling tools. These apps seek to ease the headache of scheduling a meeting: notifying conference attendees, notifying users whether a meeting is text-, phone- or video-based, and then organizing it. My favorite of the bunch is Neatcall, which is free or $6 per month per user for pro packages.

I use these mobile conference support tools in my six-person firm. And I arranged for a preview of BlackBerry's new tool before it went live this morning. Here's my take:

If you schedule meetings with BlackBerrys, this app works. BlackBerry Mobile Conferencing offers an efficient way for BlackBerry-users to set up meetings.

The service must be downloaded from BlackBerry’s testing portal called the Beta Zone. Then it is configured like just about any app. And with about an average level of effort for a BlackBerry, users can integrate calendar, contact, and dial-in numbers.

The app is attractive and easy to use. When a conference is set to begin, attendees are notified with nifty pop-up alert, and users are invited in. If a user is dropped from a call, the app remembers that user’s log in and brings that person back in automatically.

Best of all, the app is free.

What’s not so cool:

The app is definitely a BlackBerry-based service.

Spend any time with this tool and it’s all too clear that Mobile Conferencing is a RIM-centric service. Users are still married to the BlackBerry-based, menu-driven interface that feels more outmoded every day. Apple, Android and now Windows Phone 7 devices are much easier to use for most small-business needs these days. Compared to other mobile conferencing scheduling tools, BlackBerry’s interface is clunky.

Another big issue is integrating other non-BlackBerry office software services, like Google Apps or Microsoft Office. While it's possible, it requires know-how.

If your firm uses and is fluent in BlackBerry, Mobile Conferencing is worth a look. It appears to be fast, it offers some convenient functions and it can help making a meeting run easier.

But for the average multi-platform business that supports, say, a couple of iPhone users and an Android user -- especially if you invite clients to meetings using their own phones -- BlackBerry Mobile Conferencing, at least at this early stage, feels just too RIM-centric.

My advice: Stick with another proven third-party conferencing tool that's in the business of offering hosted conferencing services on the go.

What do you think? Share your thoughts in the comments below.