Diana Ransom
May 3, 2011 min read
Opinions expressed by Entrepreneur contributors are their own. 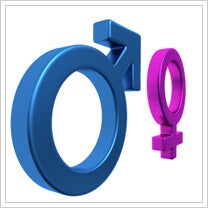 There's no denying that women business owners have come a long way. But some say gender discrimination continues to hold them back.

Nearly half of women-led business owners say they're on level playing field with men in business, according to a survey conducted by Women Presidents' Organization. But 41 percent of those polled said men have the upper hand, while another 6 percent cite inequities with men only as far as accessing capital is concerned, says the survey.

The data are based on the responses of 258 women-led companies that submitted applications for the annual Top 50 Fastest-Growing Women-Led Companies ranking. The list was released recently by WPO, an advisory group for multimillion-dollar women-owned businesses.

Some women who work in traditionally male-dominated fields say being accepted by clients is a tall task. "Sometimes your gender can hinder you from showing your ability because a prospect doesn't believe you are capable," says Ranjini Poddar, the co-founder and president of the Cedar Knolls, N.J.,-based technology consultancy Artech Information Systems.

Although that type of struggle can certainly have a chilling effect, Poddar says it just makes her work harder. "We're in a very competitive industry, and you have to show that you've been successful at delivering for other clients," she says. "In the end, results count."

Many women also face adversity when lining up relationships with vendors. Just ask Carol Koffinke, the CEO and president of Beacon Associates, a management consulting firm in Bel Air, Md. When she launched her company in 2001, she says a vendor required her to make payments in cash and up front. The vendor said it was because she was a brand new business owner. But when she spoke with a similarly new owner -- a man -- who used the same vendor, she learned that he wasn't asked to make up front payments.

Although Koffinke cringes at the thought of sounding like a victim, she admits that gender bias, in certain businesses especially, remains a real problem.

Being a woman can also sometimes be an advantage in business, she adds. "Some people respond better to women than men," she says. "In today's marketplace, it's less about women being disadvantaged over men than it is about knowing how to adjust and respond to people's tastes."

Still, many women say that even the government -- through its various set-aside programs that are aimed at helping women -- is inherently biased. The federal government's program to award 5 percent of contracts to women-owned businesses annually is meager compared with the roughly 15 percent minority business owners can get, says Jennifer Schoenhofer, the CEO and president of Axis Teknologies, a wireless infrastructure engineering firm in Marietta, Ga. "That in itself is inequality to me," she says.

Have you experienced either female or male gender bias? Tell us your story in the comments section.