Did the Recession Skip Your Business?

Carol Tice
Owner of Make a Living Writing
May 18, 2011 min read
Opinions expressed by Entrepreneur contributors are their own. 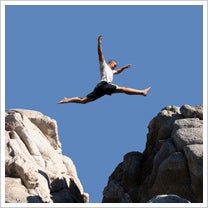 We know that countless small business floundered or failed during the recession, but what you may not know is some businesses didn't even miss a beat.

A new study from Dun & Bradstreet shows the extent to which local economies around the country experienced the recession in very different ways -- spotlighting not just which states and industries saw the most business failures, but which continued to grow.

From the new report, State of Small Businesses Post Great Recession, here are the winners -- that is, the industries and states where business failure rates actually declined over the past three years:

Moving on up. Mississippi, Vermont, Louisiana, North Dakota, and North Carolina all saw their failure rates decline substantially. By contrast, the west was hammered in the downturn -- California, Hawaii, Oregon and Washington all saw their small- and medium-sized business failure rates more than double.

Although the east coast boasted the lowest amount of business failures from 2007 to 2010, Mississippi proved to be most improved. The magnolia state witnessed 37 percent fewer business failures from 2007-2010, compared with any other state over the period -- making it far and away the business-friendliest place to have spent the downturn. Ironically, Japanese automaker Toyota was apparently one of the heroes here, building a major new car factory in the state. The runner-up, Vermont, saw a 15 percent decline in failures.

The context for these wins is sobering: D&B reports overall, small-business failure rates increased 40 percent from 2007-2010. So Mississippi's numbers are nearly 80 percent higher than the average.

Steady as she goes. A few other states ascended when considering which had the lowest gross number of business failures. On that standard, Connecticut, Washington D.C., Delaware, Colorado, and Florida top the list in 2007 and 2010. Sure, Connecticut, D.C. and Delaware are all pretty tiny, so that probably gives them an edge here...but Florida? Interesting.

Business services rule. In terms of industries, business services was the winning industry of the downturn, with over 100 percent growth. No other category had even double-digit growth. Next-biggest were the natural-resource industries and transportation, each with a big 7 percent increase.

D&B estimates the number of business-services firms grew from just under 3 million companies to 6 million from 2007 to 2010. The study found that revenue for those companies shot up from $732 billion to a cool $1 trillion.

Hardest hit of all sectors was retail, which shrank 15 percent. The study estimates that the retail industry has nearly 400,000 fewer businesses now than in 2007.

How did your business do in the downturn? Let us know whether you were hit or just kept on growing.

'The Alignment Factor': Manage the Present, But Focus on the Future

3 Tips On Building a Business Abroad From 2 Expat Entrepreneurs