Carol Tice
Owner of Make a Living Writing
May 20, 2011 min read
Opinions expressed by Entrepreneur contributors are their own. 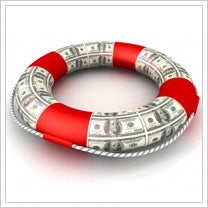 Venture capital is the hot, sexy funding route that annually helps a small number of businesses and grabs a lot of headlines. But behind the scenes, it turns out another type of funding works out better for most entrepreneurs: Microfinance, small loans of $25,000 at most.

Non-bank lenders such as Accion USA and the San Francisco Bay Area's Opportunity Fund provide loans that average just $7,000. Here's the funny part: These lenders report the businesses they lend to have a survival rate that's twice the national average. Repayment rates are on par with traditional banks, too.

Next week, microlenders will meet in New York for the second annual Microfinance USA Conference, to celebrate the successes and spread best practices around the microfinance industry. Speakers will include Citi's global director of microfinance Bob Annibale, and Daryl Collins, from Bankable Frontier Associates, who's a co-author of Portfolios for the Poor, study of how the impoverished manage their money.

It's a particularly well-timed meeting this year, as there's never been a better time for microlending to grow. Banks continue to struggle to serve business owners' needs – in the third quarter of 2010 small business loan balances continued to decline at an annualized rate of 13.3 percent from the end of the second quarter, according to the the Federal Reserve Bank of Cleveland. And funding your business with credit cards can be hazardous.

Why do micro-borrowers do better than owners who've borrowed from a traditional bank or used plastic? I can think of three reasons:

Will your business seek a loan this year? Tell us about where you might borrow.