Follow these steps to help steer clear of some of the most common shipping errors.

For manufacturers, wholesalers and retailers, shipping products quickly and reliably to clients and customers is a major concern. But transporting goods by ground, sea or air -- domestically or internationally -- can be a complicated operation for business owners who haven't explored every shipping method and the costs associated with them. Some of the most common mistakes include not knowing which shipping method to choose, being unclear about international shipping regulations and not double-checking shipments before they're sent, according to a USPS spokeswoman.

Small-Business Shipping Resources
Some of the biggest shipping vendors offer online resources for business owners. Here are a few:

One way to avoid hang-ups is to consult with a vendor's small-business specialist. For instance, the USPS offers over-the-phone advice as well as Shipping Assistant, a downloadable tool that allows customers to standardize addresses, compare rates, calculate estimated delivery times and verify deliveries.

Here, we look at three small businesses that made costly shipping errors and how they learned to avoid making them again.

Avoid guesstimating.
Last year, the Younique Boutique received an order from a TV-production company for 12 of its custom wedding-cake toppers. But when the order ballooned to 280 and the destination wasn't determined until the 11th hour, founder and CEO Brina Bujkovsky scrambled to ship the order from her manufacturer in China to the production set in Hawaii.

"I just added $5 to our cost for each topper [to the bill] and crossed my fingers," says Bujkovsky, who is 37 and chief executive of the San Marcos, Calif., company. "We had no idea how heavy the boxes would be, how many boxes there would be and which method we would need to ship." 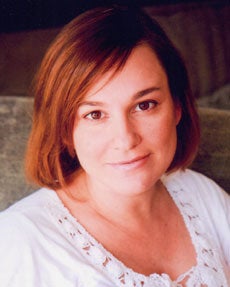 Brina Bujkovsky, founder and CEO of The Younique Boutique.
Photo courtesy of the company.

Sending the shipment last-minute cost Bujkovsky approximately $1,900. The difference between her last-minute estimate and the actual cost resulted in an $800 loss. "I was so afraid of losing a potentially valuable publicity opportunity, I agreed to do too much for too little," she says.

Bujkovsky says she would have known to charge more for the product if she had been more familiar with the shipping options for larger orders. "Since then, my manufacturer and I have researched every possible shipping method and the costs," she says. "We will be able to come up with a better estimate [for similar projects] in the future."

Take extra care with international shipping.
Tempe, Ariz.-based golf-ball retailer Dixon Golf was just getting off the ground in 2008 when co-founder Dane Platt learned the hard way that shipping internationally isn't a task best left to chance. Platt arranged to have a supplier ship one of the materials needed to manufacture Dixon's golf balls by sea to China.The trouble started when Platt encountered what the International Chamber of Commerce calls "incoterms," a series of terms used in international commercial transactions. 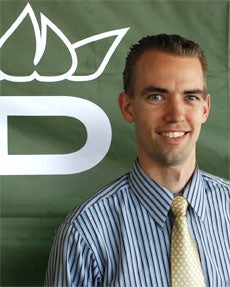 "I did not realize there were a number of factors that come into play with sea freight that don't in overland freight," says Platt, who is 30 and is Dixon's chief operating officer. The terms he received for this particular shipment were categorized as "CFR" (cost and freight), meaning the shipper is responsible for all costs associated with bringing the goods into port.

"This meant the goods would arrive in China without having any of the costs of duties and taxes included," Platt says. "I was responsible for paying them. The duties and taxes ended up adding more than 30 percent to the cost of the material."

The additional fees made it unprofitable for Dixon Golf to sell the final product on the market, Platt says. The company opted to cut its losses and allow Chinese customs to seize the material. The mistake cost Dixon about $20,000, Platt says.

After doing a little research, Platt discovered he should have requested "DDP" (delivered duty paid) terms, which would have made Dixon's supplier responsible for paying duties and taxes. "What I learned from this is to always pay attention to details and never assume anything when it comes to international shipping," he says. "Most importantly, you have to know and understand the terms that you accept."

Verify your figures.
Tara Kennedy-Kline's big shipping snafu came in fall 2010, about seven years after launching TK's Toy Box, which distributes custom toys and gifts to charitable organizations. She was out of town and asked an assistant to prepare a shipment of nearly 160 identical packages by ground to locations across the U.S. 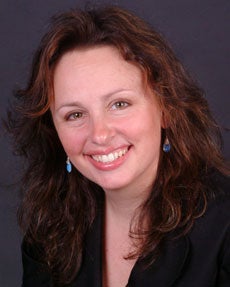 To get a rate quote, the assistant weighed a package but accidentally measured it in kilograms instead of pounds. The mistake wasn't uncovered until 40 of the packages had already shipped, resulting in $24,000 in extra fees, Kennedy-Kline says.

"We price our goods to cover shipping costs," explains Kennedy-Kline, who is 40 and based in Leesport, Pa. "Because we work mostly with charities, our margins are tight."

Following the incident, Kennedy-Kline implemented a "double-check buddy system." All outbound shipments are inspected twice and a manager signs off.

"If an error is made that could have been prevented and costs us money, the 'buddies' split the cost of the damages," Kennedy-Kline says. "It's not a matter of distrust. It's just good business."