Small-Business Loan Forecast: A Brighter Second Half for 2011

A KeyBank executive offers her predictions for small-business lending.
Next Article

Diana Ransom
May 31, 2011 4 min read
Opinions expressed by Entrepreneur contributors are their own.

Small-business lending is clawing its way back.

In the first quarter of 2011, the number of small-business loan requests that won approval from small and large banks rose to 1,294, up more than 50 percent from the 852 requests landing approval in first quarter of 2010, according to the New York-based small-business lending and credit service Biz2Credit. The company defines small businesses as those with fewer than 500 employees and $6 million in revenue. 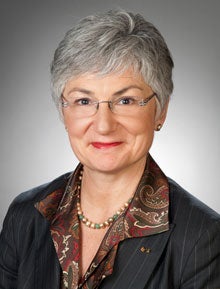 "It's coming back," says Maria Coyne, executive vice president of business banking for the Cleveland-based KeyBank, which is the small-business and consumer banking arm of financial services firm KeyCorp. "The people who've been on the sidelines are now starting to think about expanding, adding employees and adding equipment."

And they're getting a friendlier reception from banks. Not only have some banks relaxed their credit standards for small businesses since 2010, demand for loans is beginning to recover. About 10 percent of banks reported stronger demand for loans among firms with less than $50 million in annual revenues in the first quarter of the year, according to the Federal Reserve's April Senior Loan Officer Survey. In the previous survey from January, only about 5 percent of banks reported strengthened loan demand from small firms.

What's more, certain banks are upping their small-business ante. Last month, JP Morgan Chase announced it would increase its commitment to lend $12 billion to U.S. small businesses in 2011 -- a 20 percent increase over 2010.

Despite the rosier loan picture, outside economic shocks caused by everything from Mother Nature's continuing pummeling, higher gas prices and the billowing national debt could certainly throw off any kind of small-business recovery. Here are three lending predictions from Coyne that just may come to fruition during the second half of 2011, barring another national catastrophe.