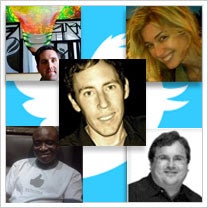 After spending nearly three months with his jaw wired shut -- a result of corrective jaw surgery in 2007 -- Fernandez's primary form of communication was social media. From this pastime, he realized an individual’s social influence should be measurable. So, during the following summer, the former real-estate exec launched Klout, a San Francisco-based service that allows users to track the impact of their opinions, links and recommendations across the social web. More than 2,000 developers now use Klout’s free API.

With that kind of, well, clout, the company handily won over investors. To date, the online influence tracker -- which earns revenue from brands like Starbucks and Nike who pay to advertise to key influencers on the site -- has raised a total of $10 million in funding from investors like Kleiner Perkins Caufield & Byer and Greycroft Partners. For entrepreneurs aiming to similarly raise venture capital, here are five early-stage tech VCs who Fernandez recommends following on Twitter.

Who do you follow for ideas on how to raise captial? Leave a comment and let us know.

Weyerhaeuser (WY) Stock Moves -0.24%: What You Should Know