Should Entrepreneurs Go to College?

By Carol Tice June 1, 2011
Opinions expressed by Entrepreneur contributors are their own. 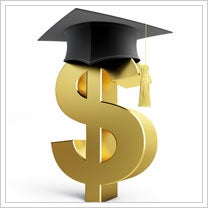 There's been much flap in the blogosphere about early Facebook investor and PayPal co-founder Peter Thiel's new 20 Under 20 scholarship program. Thiel recently awarded two dozen young entrepreneurs the opportunity to receive $100,000 and mentoring from a team of Silicon Valley pros. All they have to do to claim their prize is leave college and work on their business full-time.

Thiel -- himself a college graduate -- has said part of his motivation in creating this program is to call attention to skyrocketing college costs and to encourage more innovation, rather than graduating more students who'll be risk-averse as they struggle to pay off student loans. As a mother of a teen who is headed off to college in the fall, I think Thiel's venture raises some interesting questions about how best to educate the next generation of entrepreneurs. Is the classroom really a better learning lab than a storefront?

An important thing to remember here is there's a reason you read about college-dropout billionaires in the paper, from Microsoft's Bill gates to Facebook's Mark Zuckerberg and others. These stories are newsworthy because mega-successful dropouts are one in a million. Most college dropout stories end fairly predictably, with the student going on to earn substantially less than if he or she had earned a bachelor's degree.

Critics have blasted Thiel for encouraging students to drop out of school, but his actual premise is to take a break -- "stopping out of school" -- rather than dropping out. I think he may have a great idea there.

The thing about college is, it's not going anywhere. You can always take a leave and resume your studies later. If you come back within a decade or so, your credits usually still count. So there's not a lot at risk in taking a year or two off to pursue a business idea. There's a bigger risk students will emerge from the ivory tower after four years with little practical work experience and find it hard to get a job, much less launch a business.

Currently, about one-third of students don't finish college in four years anyway, due to spiraling tuition fees. Many have to take a year or two off to work and save up the money to go back.

Given that, if you've got a business idea brewing in your dorm room and see it bringing in some revenue, why not pursue it? I'd say it's a darn sight better than taking a year off to work at a big-box store as a flunky, which many college students end up doing. Even if your business fails, you'd return to school with some valuable hard-knocks lessons that would likely make you a more motivated and mature student.

If Thiel's initiative has a broader positive influence beyond the two dozen students who won slots in his program, it's that it sends this "go for it" message to would-be entrepreneurs. After all, when you're 19 or 20, what have you really got to lose? It won't get easier to chuck it all and make the leap into business ownership when you're 30 or 40 and have a family to feed.

Most young entrepreneurs won't get an offer as good as Thiel's. But it could still be worth taking an entrepreneurial risk early on in life rather than later. Maybe your college will give you an honorary diploma if you hit it big and you can skip the class time.

Should entrepreneurs stay in school? Give us your thoughts in the comments.