How three fathers built successful businesses to solve their own parenting problems.
Next Article

Jennifer Merritt
June 17, 2011 5 min read
Opinions expressed by Entrepreneur contributors are their own.

For today's dad inventors, necessity, ingenuity and a hefty dose of hard work are key ingredients. With an eye towards Father's Day, we look at three dadpreneurs whose products are designed to make parents' lives easier -- and even more stylish.

From masculine diaper bags to a double-duty teething device and even a solution for the problem of early risers, their business ideas couldn't be more different. But the quest to solve parental dilemmas is what ties them together. 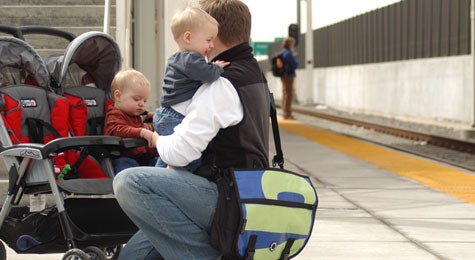 DadGear's Scott Shoemaker with a man-friendly diaper bag, and his twin sons as infants.
Photo Courtesy of The Gear Group

Scott Shoemaker and a friend were enjoying beers about eight years ago when the conversation turned to Shoemaker's then 8-month-old son Carson—or rather, his shiny-fabric, purse-like diaper bag, which he dubbed the bad-news bag. He and his friend, John Brosseau, decided that day to invent diaper bags that dads would dig. They scoped out products at a children's trade show and found little more for dads than black or brown versions of the standard frilly feminine gear. 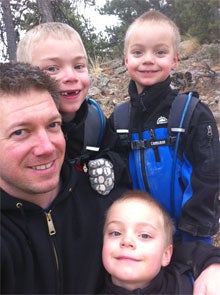 They also learned buyers became fickle when new inventors had only one product. So the duo spent the next 18 months and $20,000 to develop a full line of dad-friendly diaper bags, vests and backpacks that retail for $60 to $110. They used hip styles, ranging from Americana themes to the more edgy skull-and-flame design.

At their first child-products show in 2005, they booked $10,000 in orders. And while Brousseau has kept his full-time tech job at a school district, he's still active in DadGear. Shoemaker, 40, runs the company with two staffers. This year, the company expects annual sales of $600,000.

Shoemaker's advice: Making a prototype doesn't have to be expensive. "You don't need a $5,000 designer," he says. It cost about $600 to $800 for the duo to create a prototype from store-bought items they took apart and reassembled into their own creation. 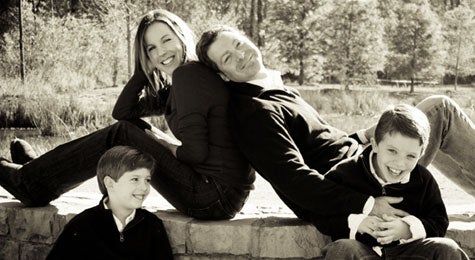 Invention: A night-light clock that keeps early-rising children in bed

When Adam Nelson's older son Aden moved to a toddler bed, his new-found mobility became a pre-dawn problem. "When he got up, everyone had to get up -- as if he'd had several pots of coffee," Nelson says.

Then, he heard a doctor on television suggesting children's night lights be set on a timer to avoid sleep issues. Nelson thought if a light could be shut off by a timer, then it could turn on the same way. About six months later, in early 2006, Nelson started to develop the Good Night Light, in which a dim moon switches to a bright sun, based on a timer you set. The idea: Encourage children to stay in bed until they see the sun on the light turn on; that signals it's morning.

Nelson, who also co-owns a software development company, has sold more than 65,000 lights that retail for $39.99 in stores and $34.99 online. About 85% of revenue in the last year came through his website and e-tailers like Amazon.com. About 50 boutique baby-and-child stores also carry the light, including some Learning Express stores, a franchise with more than 140 locations.

Nelson's advice: Be open to how you sell. Nelson, 39, thought Good Nite Lite would sell at brick-and-mortar retailers first, then from his website. But consumers dictated the reverse and that helped Nelson build buzz before approaching retailers. 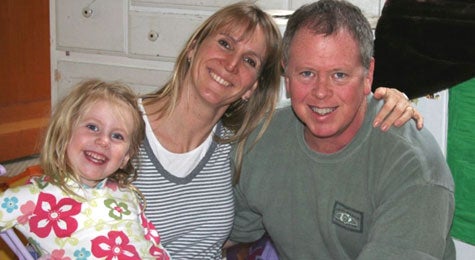 One night at a restaurant, Tim McManus and his wife watched as their infant daughter Ella did what she usually did with carrots. "One, two, three and they were on the floor," McManus recalls of the crunchy vegetable, which Ella liked to chew on when she was teething.

Into his head popped an image: Chinese finger traps, the cylindrical bamboo kids' toy that loosens to stick a finger in, but pulled taut, it's virtually impossible to break free. The next day McManus bought some traps from a magic store, stapled them to a pacifier clip and created the first rudimentary version of Handy Bites. 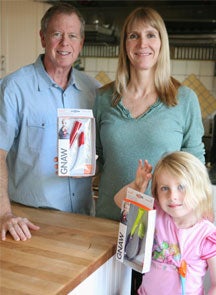 McManus, a manufacturing consultant, then researched child-safe fabric and design, ultimately spent $50,000 – including more than $2,000 on required safety tests -- to launch Handy Bites. Within a year, he had 100 prototypes ready to sell at a local street fair in 2008.

"Eighty percent of the people who stopped bought one," recalls McManus, now 49.

By March 2010, he signed a licensing deal with Boon Inc., a children's product designer and manufacturer. As of this spring, Handy Bites is sold through big retailers, including Target and Babies-R-Us.

McManus's advice: Have a written plan and track milestones and expenses like production, shipping and marketing. "When I started, I saw it as a hobby, so I overspent," he says.

Related: A Quick Guide to Taking Your Invention to Market