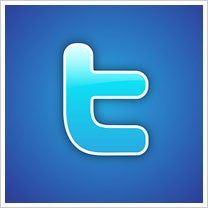 Here's a problem that's becoming more common all the time: You have a question about your cellular or Internet service, for example, so you call customer support only to be transferred twice and then put on hold -- indefinitely. Your phone is pressed up to your ear and you’re wondering, what happened to responsive customer service?

Because of situations such as this, savvy consumers are turning to Twitter to get in touch with a business when they have a problem or a question about a product or service -- especially if it elicits a quick response from the company. A survey called "Twitter Q&A Census," conducted recently by InboxQ, suggests that socially adept businesses are beginning to use Twitter as a tool to directly respond to consumers and pay attention to issues that impact their brand, and that ‘social care’ is making a measurable difference.

Take a situation I experienced several months ago. I called customer service at Verizon from a land line because my iPhone displayed "No Service" on the screen. The wait to talk to a representative was  beyond my level of patience, so I sent the following query via Twitter instead: "Do U know if there is an outage in Laguna Beach, Ca? My Verizon iPhone displays NO service for the past 3 hours. Anyone else?"

My thinking was this:

If Verizon happened to be "listening" -- which it should be -- it'd be made aware of a service-related issue and help me with my problem. Sure enough, Verizon’s Twitter account responded by sharing there was no outage in my area and suggested I reset my iPhone, which fixed the issue in a matter of seconds. Had I remained on the telephone, I’d probably still be listening to Barry Manilow.

Primary among the Twitter Q&A Census survey findings is that 58 percent of Twitter users said they’re likely to follow businesses that answer their questions on Twitter, and 64 percent said they’d be more likely to make a purchase from a company from which they’ve received an answer to a tweeted query. InboxQ suggests that a business that proactively searches for and then answers questions posed to that brand on Twitter presents an opportunity "to surprise and delight potential customers that would likely not otherwise receive answers."

Listening and responding to issues and inquiries from consumers -- whether from high or low follower accounts -- has become a reasonable expectation and something all businesses should do. Especially when just-collected survey data released by Pew Research Center’s Internet & American Life Project reveal 13 percent of adult Internet users now use Twitter. That’s up 8 percent from last November. And among Twitter users who own a cell phone, just over half (54 percent) now use their phone to access their Twitter account.

Does responding to a timely tweet trump traditional customer service? Or is responding in 140 character salvos simply not practical for your business?

How to Establish Marketing Authority in a Niche Industry

Buyer Personas: What They Are, Why They Matter and How to Best Build One