By Mikal E. Belicove June 23, 2011
Opinions expressed by Entrepreneur contributors are their own. 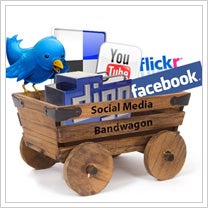 In recent weeks, we've seen the likes of LinkedIn (NYSE: LNKD), Pandora Media (NYSE: P) and Groupon file to sell shares to the public. And while at least two of these stocks were flying high at the outset, they've since sunk -- along with fellow entrepreneurs' hopes for a similarly frothy showing.

Like many tech-company watchers, I found myself wondering: Why the about-face? To find out, I tapped Leslie Weiss, a partner in the Chicago office of Barnes & Thornburg, who, as it turns out, has some interesting thoughts about the recent stampede of social media-related firms filing initial public offerings.

Here's Weiss' take on what all this social media mania might mean for entrepreneurs and their plans to similarly take their companies public:

Given the gloomier turn for LinkedIn and Pandora, how do you expect Groupon's IPO to perform?

Despite the backslide, there's a renewed enthusiasm for technology and online startups. Venture sources are starting to come around to invest in these companies, which shows that there could be an uptick in the VC market as well.

Investors are enjoying investing in cool ideas that they believe will make them lots of money due to high-profile, high-value IPOs like LinkedIn and Groupon. Small startups are starting to realize that they could be the next one to go public.

How does Groupon's IPO set the stage for Zynga, Facebook and others?

Groupon's IPO will inflate the entire market of online and social media companies as it relates to the valuation of their business. Facebook is already known to be worth billions of dollars -- as is Zynga. This high valuation of their businesses is going to trickle down to other online companies who think their company should be worth the same amount. This also encourages new startups and the financing of those businesses.

Companies need to realize that what makes companies such as Groupon, Zynga and Facebook valuable is the list of aggregated information they have on individual populations of people and sectors. This has lead people to create companies related to the social media sector that will have large marketing values.

How does a company know it's time to go public?

Companies are going to rely on underwriters to let them know when it's time. The underwriter will bring a company public when it thinks the company's value will be maximized. A company needs a business model that has market acceptance, generates revenue -- but not necessarily profits -- and a management team that can be promoted to the public.

How do potential IPOs bode for Google?
It's definitely possible that Google and Facebook and others that have launched IPO's may come head to head with each other as users start gravitating to these other sites. Google is still the leader in search, but these companies may be looking to take over other shares of the market in which Google has been the leader.

How do you think the market will treat a Groupon IPO? Leave a comment and let us know.