Will Today's Entrepreneurs Ever Retire?

By Carol Tice July 6, 2011
Opinions expressed by Entrepreneur contributors are their own. 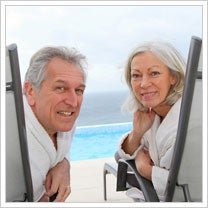 Is your retirement plan to simply keep working until you drop? If so, you're not alone.

What's more, four in ten entrepreneurs said they don't plan to ever fully retire. They imagine they'll probably go back and forth between full- and part-time work.

The main stated reason is simply that business owners imagine they'll need the money. After all, people are living longer, and it's harder to plan for 20-plus years of retirement. People forget that when Social Security was created, it was formulated around the notion that people would retire at 65 -- and then die at 69.

Here are a couple other possibilities for why many entrepreneurs don't envision retiring:

Of course, the past few years haven't been kind to people's retirement savings. So, owners who might once have thought about retiring may no longer see it as realistic.

Another possibility stems from my own experience at my first full-time reporting job, where I interviewed a lot of hardware store and lumberyard owners. I found most of these owners' retirements followed a predictable pattern: They'd sell the store and go on a world cruise -- returning a year later only to buy another hardware store.

Why? They missed retailing. Life was dull as dishwater without the chance to get up early and go down to the store, talk to employees, help customers and make sales.
Entrepreneurship gets in your blood. It's a thrill, building a business and being in charge of your own enterprise. It can be a hard habit to break.

Retirement is for people who hate their jobs. If you love the business you've created, as many owners do, it may not sound appealing to quit and sit watching sunsets instead.

Will you retire, or keep on working? Leave a comment and tell us your plan.