Diana Ransom
August 19, 2011 min read
Opinions expressed by Entrepreneur contributors are their own. 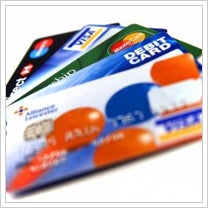 Using business credit cards isn't just a good way to keep your personal and your business finances separate, it might also be extra rewarding.

As the market for consumer credit heats up, and zero percent teaser rates have returned, issuers are stepping up their game for small business cardholders as well. Credit card issuers are taking more of a "carrot" approach to enticing new cardholders -- offering enhanced rewards and introductory offers.

American Express today announced its new Business Gold Rewards Card, a charge card that offers two rewards points for online advertising, gas and shipping spending up to $100,000 per calendar year per category. The card, which is expected to launch on Monday, also offers three points on airfare purchases and waives the $175 annual fee for the first year. Previous iterations of the card offered just one point per dollar spent. In June, AmEx started allowing users to redeem their Membership Rewards points toward the purchase advertisements on Facebook.

Just yesterday, Capital One launched a small business card that offers 2 percent cash back on every purchase. The card, which is called Business No Hassle Cash Premier, has a 13.9 percent variable annual percentage rate and a $59 fee that's waived in the first year. Although there's no cap on the amount of amount of rewards you can earn on purchases, note that to receive cash back more frequently than once a year, you need to set up a redemption schedule. And though the rewards never expire, if you close your account, your accrued rewards will vanish.

Capital One also launched an interest-bearing small-business card called Clear Interest Business Checking in July. That card offers one year of interest at varying levels depending on where a business is based.

"What we've had is a freeing up of credit in terms of limits and account access," says Curtis Arnold, the founder of credit education web site CardRatings.com. "There are dark clouds on the horizon, but if I'm looking from a small business owner's standpoint, I would jump at the opportunity to apply for a business card, provided the offer is good and the interest rate is average."

But business owners should still be skeptical of these cards. For months, small-business and consumer advocates have been angling for business cardholders to receive the same protections that consumers receive under last year's landmark credit card law. Though, their efforts haven't yet panned out. The concern is that business cardholders who don't get these protections might fall victim to predatory credit offers, hiking rates on past purchases, shifting payment dates or charging over-limit fees.

Shortly after the law passed, a number of banks including Bank of America, Capital One and Chase passed along select consumer protections to their business cardholders. Those moves were seen as efforts to stave off a large scale defection from business cards to consumer cards. Although consumer advocates say that consumer cards are still the better of the two credit genres because there's no way to guarantee that banks won't simply change their business card policies down the road.

What sweetened small-business rewards have you spotted recently? Leave a comment and let us know.