Does Your Small Business Suffer from Owner Neglect?

Carol Tice
Owner of Make a Living Writing
October 11, 2011 min read
Opinions expressed by Entrepreneur contributors are their own. 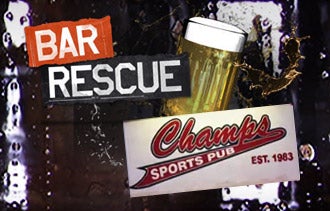 When times get rough at your small business, do you dive in and tackle the problems head-on? Or, are you more likely to stand back and hope for the best?

On a recent episode of Spike TV's Bar Rescue, restaurant expert Jon Taffer finds himself at Champs, an aging sports bar sited near the movie studios in Burbank, Calif.The bar has been going downhill for years.

The decor inside and out are "right out of the 1970s," as Taffer says, with goofy megaphones tacked to the outside walls and diagonal strips of wood trim. Worse, owners Joe and Helen Handy have delegated the job of ramping up sales to a bevy of buxom barmaids who are rude -- and over-serving liquor to the tune of $1,600 a week.

And Joe sits in the back drinking a beer and watching it happen. It's a chronic case of owner neglect -- as problems mount, the owner is overwhelmed and withdraws.

What can you do when you've checked out and allowed your business problems to multiply? Here is Taffer's prescription for a turnaround:

How have you overcome feeling apathetic about your business's problems? Leave a comment and let us know.