Can 'Small Business Saturday' Save Christmas?

By Colleen DeBaise September 28, 2011
Opinions expressed by Entrepreneur contributors are their own. 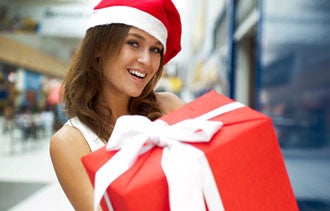 Granted, it’s only September, but we’re already thinking about the upcoming holiday season – and how many of our readers who are independent merchants will fare this year.

Some may get a boost on Nov. 26 from the second annual "Small Business Saturday," the American Express-created holiday wedged between Black Friday and Cyber Monday that encourages shoppers to patronize their local stores. The event, no surprise, pushes consumers to use AmEx cards. But it does shine a spotlight on independent retailers, many of whom have struggled to survive in these post-recession years. For that reason alone, the notion of a "small business saturday" – or any day of the week, for that matter -- is one we can support.

Last year, AmEx partnered with Facebook in the campaign, giving away $100 in free Facebook ads to the first 10,000 small businesses who signed up to promote the day or any Small Business Saturday specials they were offering customers. (The same credits will be available this season.) As it did last year, AmEx also will offer a $25 credit to 200,000 consumers who register their cards and buy stocking stuffers or other items at independent merchants on Nov. 26.

On Wednesday, FedEx announced it would join the effort, giving away gift cards, each worth $25, to the first 30,000 consumers who register starting Nov. 1. According to AmEx, more than 150 advocacy groups have signed up to participate in this year’s event, including non-profit Women Impacting Public Policy, which has created a "Small Business Saturday Coalition" to get the word out about the event.

Whether all this will help small merchants, of course, remains to be seen. Last year's event shows some promising signs: About 1.5 million people "liked" Facebook’s 2010 Small Business Saturday page, and AmEx says small retailers who accept its card saw a 28% increase in sales when compared with the Saturday after Thanksgiving in 2009.

This year, independent merchants still need to compete with deep discounts offered by big-box stores -- and grapple with consumers who may be too fearful of a double-dip recession to part with many dollars. While the attention is welcome, one Saturday may not be enough to make this a bountiful holiday season for business owners.

How do you expect business to be this holiday season? Let us know in the comments section.