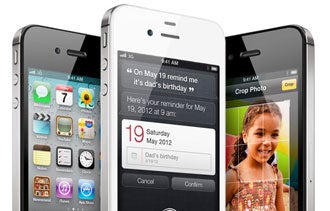 Apple's unveiling of its newest iPhone on Tuesday disappointed some who were looking for a major technology upgrade for the device. The chief hardware innovations of the iPhone 4S (not the iPhone 5 some were expecting) are its voice-command capability and better camera -- not exactly market-changing improvements.

While those are helpful advances for those who use Apple's smartphone in the field, most business users will likely see more of an impact from changes to the iPhone's wireless service availability, and from new prices across the entire iPhone line.

The iPhone 4S has a smarter processor that allows it to be used on a wider variety of networks, including that of Sprint Nextel, which will sell and host an iPhone on its network for the first time. Apple says the iPhone 4S will be available for use by networks in 70 countries by the end of the year – what it called its fastest global rollout for any iPhone version.

That's a plus for business users who travel overseas and want to use their favorite apps while there. And obviously, entrepreneurs who have a Sprint account can now use the iPhone to boost productivity without having to change providers.

Still, most of the iPhone's most-advanced features are not much use in countries such as India, which have been slow to roll out the kind of high-speed networks those features need. This is partly why Apple has only a tiny fraction of the market in India, which according to data researcher IDC has the world's second-most wireless subscribers, with more than 600 million.

For small business owners in the U.S., Apple's new pricing scheme is worth noting, as it makes older models available at either nominal prices or, in the case of the iPhone 3GS, free.

The new iPhone 4S is priced beginning at $199 for a 16-Gigabyte version, which is plenty except for those who like to put a lot of songs and video on their phones. A 32-Gigabyte version will cost $299 at introduction, and a 64-Gb version, $399.

Meanwhile, the older iPhone 4, with 8 Gigabytes of storage, will be priced at just $99 if you sign up for a two-year contract with Sprint, AT&T, Verizon Wireless, or any other provider who sells the device. Even better for those who don't want to pay for the leading edge of Apple technology, an even older model, the iPhone 3GS, will come free with a two-year contract.

The pricing moves are a strong argument to not buy the most recent iPhone version but instead choose an older model, as I did in August when I purchased an iPhone 3GS for $49 plus tax. The device has already boosted my productivity, even though I'm an independent contractor who uses it primarily to email, call and surf the web.

Even more gains are being realized by businesses who regularly use a broader range of apps, such as Evernote (to get organized), Square (to accept payments) and Print n Share (for on-the-go printing).

Apple's new voice-activated personal assistant software, called Siri, may yet turn out to be a hit among mobile users. For now though, if you've been waiting to try the iPhone platform, Apple just provided some inexpensive ways to do so – just not with its newest phone.

Will you buy an iPhone 4S? Share your comments below.