Would a Franchisor Make a Good President?

By Mark Siebert October 18, 2011
Opinions expressed by Entrepreneur contributors are their own. 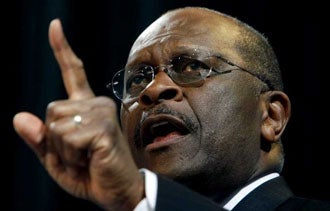 Last February, as I was speaking to my colleagues at the International Franchise Association's annual convention in Las Vegas, my business partner turned to me and said, "Don't look now, but Mitt Romney is right behind you." Since Romney was a speaker at that convention, it was not a huge surprise. But what did surprise me were the stories he related about his acquisition of Domino's Pizza while at Bain Capital -- and the lessons he had learned from that franchisor. "At last," I thought, "a candidate who can relate to franchisors!"

More recently, I learned that Herman Cain, whose popularity has jumped in the latest polls, also has experience as a franchisor. Having started his professional career at Coca-Cola, he then went on to hold senior executive positions at Burger King and Godfather's Pizza. It then dawned on me that we really could have a franchisor as our next president. (The candidates may discuss their business backgrounds when they debate Tuesday evening in Las Vegas.)

Putting aside politics for a moment, the thought of a franchisor running the country is one that appeals. After all, when a franchisor is in charge, there are certain things that I have come to expect. Here's a list.

1. Leadership. Franchising, perhaps more than any other business endeavor, requires leadership. Sure, any successful businessperson will need leadership skills. And many of the talents required for a franchisor are the same as those of a big-business chief: having a vision, developing a plan, building a team, and inspiring that team to achieve that vision. But in franchising, successful leaders need to bring more to the table. Not only do they have to inspire, but they have to lead franchisees whose economic interests are not always aligned with those of the franchisor. So a president who could motivate those on both sides of the fence toward a common goal would be a great start.

2. Franchisors spur job growth by focusing on small business. According to the IFA, franchisors create jobs at a significantly faster clip than other sectors. IFA studies have shown that in the five years following the recession of 2001, franchisors outpaced other businesses in terms of jobs, payroll, economic output, and total establishments opened. I expect that any president that we elect will be focusing on job creation. But a franchisor intuitively will understand that small business is the engine that will lead that growth.

3. Franchisors can grow without over-borrowing. Franchising is a strategy in which a franchisor provides incentives to franchisees so that the franchisor can grow without incurring substantial debt. Given the size of the federal deficit, the U.S. government (with its ability to print money whenever it chooses) seems not to have learned that lesson of fiscal restraint. And while a franchisor would certainly understand the importance of short-term borrowing to achieve a desired growth objective (say a $1 trillion stimulus package, for example), long-term deficit spending is unsustainable in anyone's book. Perhaps a franchisor's perspective would be helpful here.

4. Franchisors simplify and develop systems. The best franchisors have systems for everything. They try to simplify whenever possible to reduce waste and eliminate the opportunity for mistakes. They figure out the systems that are most productive and institutionalize them. They develop metrics and benchmarks to measure and track performance. The government, on the other hand, is a case study in over-complication, disorganization and bureaucracy -- with a lack of accountability and measurement at virtually every level. A good franchisor would have a field day with this. The only question is where to start. My recommendation: The U.S. Tax Code.

5. Entrepreneurship. Franchisors, by their very nature, think outside of the box. They look for ways to do things differently and to improve performance. And if ever we were in need of some fresh and innovative thinking in government, that time is now.

Of course, I would be remiss if I didn't point out that there are franchisors who fail. And there are certainly franchisors that do not embody the industry's best practices. It goes without saying that the leader of the free world needs expertise in a variety of areas -- not the least of which is foreign policy -- that goes beyond what experience in the franchising industry might offer.

But for my money, I wish Ray Kroc, who turned McDonald's into an empire, were still alive. He would get my vote.

Mark Siebert is the author of The Franchisee Handbook (Entrepreneur Press, 2019) and the CEO of the iFranchise Group, a franchise consulting organization since 1998. He is an expert in evaluating company franchisability, structuring franchise offerings, and developing franchise programs domestically and internationally. Siebert has personally assisted more than 30 Fortune 2000 companies and more that 500 startup franchisors. His book Franchise Your Business: The Guide to Employing the Greatest Growth Strategy Ever (Entrepreneur Press, 2016) is also available at all book retailers.