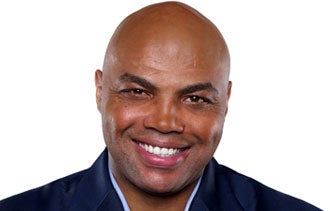 NBA Hall of Famer Charles Barkley is helping a college student get into the game -- the entrepreneur game, that is.

This summer, Barkley kicked off a contest calling aspiring entrepreneurs to submit their business-plan pitches. The best idea, he said, would win $25,000 to help get that business off the ground.

The votes are in and the winner is 26-year-old Randall Martin Jr., from Barkley's hometown of Leeds, Ala. Martin is launching HowToTech, providing one-on-one group lessons for "technology challenged" customers on how to use their gadgets, including smartphones, tablets, GPS and more.

"The way technology changes, there's always going to be something new coming out," Barkley says. "If you have the expertise and can help people out, you have a good thing there."

Martin started offering tech advice for free to neighbors and friends at his local church about a year ago. "The demand started to get out of hand," explains Martin, a college student at ITT Technical Institute who's been working a job in construction to help pay tuition. "I thought I could probably make a business doing this."

Co-sponsored by Barkley and Turner Sports Interactive Inc., the contest, "Earn Chuck's Bucks," was announced on his website in June. A representative from Turner says the contest drew an average of 100 applicants per day until it closed July 18. Business ideas ranged from restaurant concepts to after-school programs and tanning salons.

Submissions were reviewed and narrowed to three finalists. Each finalist was asked to submit a video explaining why he or she should win. The videos were posted to Barkley's website where fans voted for their favorite pitch.

Barkley says he plans to hand-deliver the $25,000 to Martin in the next few weeks. He says he is not seeking an equity stake in the business or to serve in any type of managerial role.

"I'm not trying to get rich on what he's doing," Barkley says. "I just want him to do his thing and have a chance to be successful."

Martin says he intends to seek the guidance of a friend with a business degree to "help me to not blow the money on things that aren't necessary." Martin plans to use the money to open a storefront so he can offer on-site group learning services, and to eventually hire two employees.