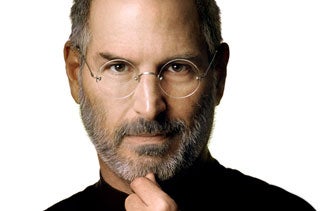 Editor's Note: This is the first part of a short series of posts as I read Steve Jobs, the new biography of the Apple co-founder written by Walter Isaacson.

Most people think Steve Jobs' first foray into business happened in 1975, when the then 20-year-old and fellow electronics enthusiast Steve Wozniak set up shop in Jobs' parents' garage and began working on the prototype of the Apple I computer. But according to Walter Isaacson's new biography on Jobs, the pair had an earlier, less upstanding venture before Apple.

The idea was hatched in 1971, when Jobs was still in high school in California, when Wozniak read an article in Esquire magazine about hackers who had created a "Blue Box," a device that replicated the tones used by telephone companies and allowed users to make long distance calls for free. Inspired, Wozniak strung together a series of diodes and transistors from Radio Shack and created his own digital version of the device.

Related: Steve Jobs: Victim of His Own Dogged Determination?

After using the invention to prank call the Vatican, Jobs had a revelation: He and Wozniak could manufacture the devices on a larger scale and sell them for a profit. Since the parts cost $40, plus factoring the time it took to build, Jobs figured they could sell them, at places like college dorms, for $150 each.

The operation was sailing along but came to an unexpected end when Jobs and Wozniak were held at gunpoint by a man Jobs thought was interested in purchasing one of the boxes. But even though the hostile encounter scared the young men out of business, Jobs and Wozniak had in fact laid the pavement for their future business partnership.

As Wozniak says in the book, the caper gave the men "a taste of what we could do with my engineering skills and his vision."

"If it hadn't been for the Blue Boxes, there wouldn't have been an Apple," Jobs recalls in the book. "I'm 100 percent sure of that. Woz and I learned how to work together, and we gained the confidence that we could solve technical problems and actually put something into production."