Will the Economy Make You a Franchise Owner? 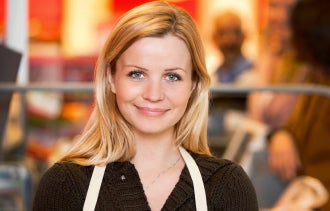 The current economic climate has led some folks to explore investing in franchise businesses, and significant numbers of them are willing to dip into personal or retirement savings to make the move.

Those are two of the findings of a recent online survey of prospective franchisees conducted by Franchise Direct, a website that connects people with franchising opportunities. On its blog, Franchise Direct says 335 people participated in its survey, conducted with Survey Monkey over three months ending Oct. 31.

"The purpose of this survey was to gain insight into the types of people who look to franchising as a way to pursue their career goals," Franchise Direct said in posting the results late last month.

The portal noted that the sampling wasn't random, as participants on its U.S. site were invited through social media websites, blogs and mailing lists. The results, it said, can't be generalized to the entire population of potential franchisees.

Nonetheless, the responses are worth noting for those interested in knowing what drives people into franchising and how these prospective franchisees are handling the venture.
Just under half -- 49.3 percent -- of the respondents said the current economic climate had influenced their decision to explore franchising, the survey found.

The survey didn't specify whether it was economic difficulties or recovery that influenced the entrepreneurs, but the implication was that the economy has been challenging, according to the Franchise Direct marketer who wrote the questions.

Only 42 percent reported they were employed by another organization when they took the survey, which could indicate that some are seeking franchise ownership as a way to control their own futures, under an established brand.

Among the other findings of the Franchise Direct survey: