Alina Dizik
December 16, 2011 7 min read
Opinions expressed by Entrepreneur contributors are their own.

Startups can draw on anything from ancient food to beauty rituals to create a business with a distinctly vintage feel. A jewelry company, for example, used Buddhist and Hindu symbols to design products with added meaning, while a maker of dairy beverages introduced consumers to an Eastern European yogurt drink known for its healing properties.

But creating a viable business based on age-old ideas is challenging: How do you rework the idea into an innovative product that appeals to a new, much broader market? And how do you educate new consumers about the product's heritage?

Here is a look at four companies that successfully resolved such issues and built their businesses by modernizing Old World concepts: 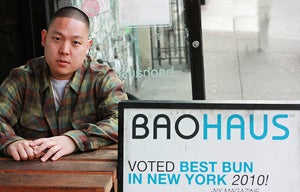 Chinese legends say that steamed buns called Baozi were eaten by the military during the Three Kingdoms period of the third century. And still today in Taiwan and other parts of Asia, Baozi (also called Mantou) remains one of the tastiest street snacks around.

The steamed buns also are sold in New York's Chinatown and other neighborhoods with large populations of Asian immigrants. But Eddie Huang saw a new business opportunity in bringing the steamed buns to the Manhattan foodie scene and attracting customers who didn't grow up eating them as comfort food. His concept worked. Baohaus restaurant, which opened in 2009, already has expanded into a larger space and grown from two to 18 employees.

Baohaus, located in Manhattan's East Village, draws many of its customers from nearby New York University and stays open until 2 a.m. on weekends."It's typically sold in Taiwanese breakfast joints," says 29-year-old Huang, who remembers bao from visits to his grandmother in California."I changed [steamed buns] from a breakfast food to a late-night food." To be distinctive and appeal to college students, he created a hip atmosphere: Employees are young and stylish and the background music is hip-hop."I'm not playing Chinese music off laser discs," Huang says.

Baos cost an average of $3 and include such ingredients as Taiwanese red sugar, pickled radish and crushed peanut. On any given day, the restaurant sells between 350 and 550 baos. Huang says it took only a few months to break even on his investment. He won't disclose profits because he says the restaurant business is so competitive, but adds that he's thinking of expansion elsewhere in New York. 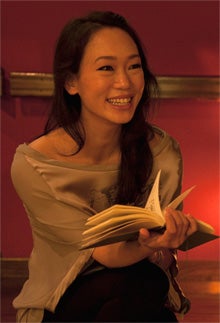 Vicky Tsai, founder of Tatcha
Photo courtesy of the company

With porcelain skin, the Japanese geisha is a well of inspiration when it comes to beauty. Vicky Tsai, 33, tapped into her fascination with the geisha culture by launching Tatcha, a two-year-old beauty company that focuses on authentic Old World Japanese products. The company's first product is aburatorigami, deluxe gold leaf blotting papers that help keep makeup in place, reduce oil and freshen up the face. Leaving the formula untouched, Tsai met with geisha to help her understand the product."I would just go to Japan and observe their beauty rituals," says Tsai, who makes constant trips back and forth to research and develop products."I just literally bring things that are amazing and pure and share them in their raw form."

She learned that the blotting papers are a byproduct of the gold leaf-making process and geisha have used them for the last 300 years. Craftsmen hammered on the papers to protect the gold metal, she says, and the geisha mysteriously discovered the benefits of the used papers.

To educate today's consumers, Tatcha's website and cardboard packaging provide a snippet of history. Tsai says she's learned that blotting paper fans are eager to experience something exotic from the past.

Tatcha has five full-time employees and is growing. Tsai won't discuss financial results, but notes that Tatcha blotting papers are carried by 200 online and brick-and-mortar retailers and have been featured on the Today show. In October, she launched packets of smaller, charcoal colored blotting papers for customers to carry in evening bags. Tsai plans to market at least two additional beauty products next year, but declines to be more specific because she says she is still ironing out the details. 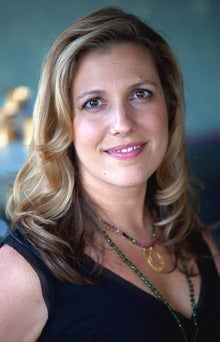 Ten years ago, Satya Scainetti and Beth Torstrick-Ward wanted to develop a different kind of jewelry business and drew inspiration from their travels and the many ancient talisman symbols they found in places like Thailand and India. They created jewelry that includes such symbols as the Hamsa, to ward off the evil eye, and Ganesha, known as the remover of obstacles in Hinduism.

A major challenge has been broadening the company's customer base, while staying authentic. The jewelry isn't completely fashion or trend driven; it actually has a deep meaning," says Tostrick-Ward, 40.

Originally focused on yogis--who represent a $6 billion market in the U.S., according to Yoga Journal--Satya now describes its jewelry simply as spiritually inspired in its promotional tagline. With its 10-year anniversary approaching next year, the company has expanded its market to include more than 350 retailers including Barneys New York and Amazon.com.

Sales have increased by at least 15% annually over the past five years, Tostrick-Ward says. She attributes the success to the powerful meanings of the ancient talismans."When people put on our jewelry," she says,"they are reminded of their inner potential and inner power." 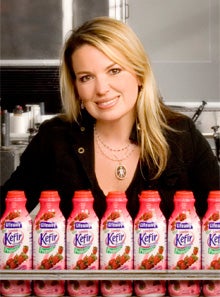 Kefir, pronounced [key-fur] has long been a staple of the central Asian and Eastern European diet. But when Lifeway Foods started selling it in the Chicago area in 1986, it was difficult translating the yogurt drink's popularity to the American consumer. Natural foods weren't yet in the mainstream, remembers chief executive Julie Smolyansky, who took over the business in 2002 after her father Michael's death."You [needed to] look at an Old World product and find a way to reinvent it and bring life to it."

More than 20 years later, the product has gone mainstream and is sold by such major retailers as Wal-Mart and Whole Foods. The company has thrived because of constant innovation and the ability to understand consumer needs, Smolyansky says. Instead of serving the drinks plain, Lifeway has concocted frozen pomegranate. It also developed convenient pouches for kids' lunchboxes."No one has sold frozen kefir before in the 2000 years that it's existed," Smolyansky says. Sales of the public company, which employs 300 people, were $63.5 million in 2010, with profit of $20.3 million. This year, Smolyansky expects sales of $80 million, with a 20% increase in profits.

Promoting kefir's health benefits wasn't easy, says the 36-year-old Smolyansky. When she started labeling bottles as probiotic with healthy bacteria, there was an outcry from loyal customers."Kefir [and yogurt] have always been a probiotic product, but nobody knew that," she says."The big yogurt companies were afraid to connect the word 'bacteria' with food." While there are smaller direct competitors making kefir, Smolyanksy says her biggest rivals are large yogurt brands like Dannon and Yoplait.