By Shira Lazar December 22, 2011
Opinions expressed by Entrepreneur contributors are their own. 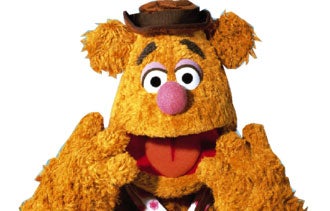 Launched in April by JJ Aguhob and Brett O'Brien, Viddy is a social mobile application that enables users to shoot, jazz up and share 15-second video clips using visual effects similar to an Instagram filter that's often used in photography. The app is social, so users can add titles, tags and geographic locations with Foursquare and share videos through Viddy's network, Facebook, Twitter, YouTube, Tumblr or embed them on websites.

Not only is Viddy social, however, the Venice, Calif.-based company also relied heavily on social media to build buzz for its fledgling business. To get the details about Viddy's rise, I spoke to COO Chris Ovitz who happens to be the son of media mogul, Michael Ovitz:

How can entrepreneurs use Viddy to expand their brand?
As a tool, Viddy offers to help entrepreneurs tell a story about their companies, which can help them connect with customers. Adding video to any social presence gives the audience a closer look and a more genuine connection to the brand.

With so many competing applications, how does Viddy stand out?
Viddy has successfully partnered with a number of influencers and brands from Incubus, and Snoop Dogg to the Muppets and Movember. We make branded/themed production packs -- which may include an instrumental soundtrack or, in the case of Snoop Dogg, a smoky haze layer -- that consumers use to look as though they're starring in a video with their favorite celeb. These influencers also use the application to make their own videos. And since Viddy-powered content is branded and showcased through Facebook, Twitter, Tumblr and YouTube, we're able to capture greater visibility for our brand.

Some influencers and celebrity users create short-form content exclusively for Viddy. They use it as an engagement tool for their fan bases, which in turn drives activity and users back to us.

What are creative examples of how you've used social media to drive engagement?
Since launching, we've run a number of initiatives within the Viddy community, and some even happen without Team Viddy. The first would be the #Mailboxing meme that started over the summer, where "Viddy-ographers" were putting their heads in mailboxes and shooting 15-second videos. Since then, thousands of #Mailboxing Viddys have been created by hundreds of our users from around the world.

The Muppets came to Viddy in November, close to the release date of the new movie The Muppets. The 10 Muppet-themed custom character packs give people the opportunity to shoot a Viddy, and have their favorite character join them -- whether it's dancing with Miss Piggy, laughing with Kermit the frog or just hanging out with Fozzie Bear. So far, thousands of these Muppets Viddys were created and shared on Viddy, Facebook, Twitter, Tumblr and YouTube.

Then, most recently, former New York Giants defensive end, Michael Strahan whipped up his own Viddys. Dubbed #StrayDay, Strahan made a few hundred personalized Viddys that were distributed through his network of over 600,000 followers.

What advice can you give entrepreneurs to build their brands' social-media presence and following?
Getting involved in the conversation is key. Without joining in, you'll never be noticed.