Obama Elevates Head of the SBA 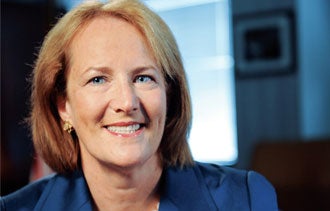 President Obama announced Friday that he is elevating the head of the Small Business Administration to a Cabinet-level position, part of a larger proposal to merge the agency with five others in a bid to make government more efficient.

Karen Mills, the head of SBA, "is going to make sure that small-business owners have their own seat at the table in our Cabinet meetings," Obama said.

The largely symbolic gesture is a nod by the Obama Administration to the important role that small businesses play in the economic recovery. The president does not need Congressional approval for the move.

The president, however, does need Congress to sign off on his broader plan to streamline agencies, which he described as an effort to decrease government bureaucracy. In particular, the president asked lawmakers to reinstate the authority of the president to reorganize government. From the 1930s to the early 1980s, almost all of the nation's presidents had such authority, according to a statement from the White House.

The authority that the president is requesting would have a caveat, however. All of the reorganizations that Obama would have the power to make must either reduce the number of existing government agencies or save taxpayer dollars.

Were Congress to grant him such authority, the president said his first move would be to consolidate the SBA and other commerce and trade agencies into one single agency -- with one web site and one phone number. The other agencies are the U.S. Department of Commerce's core business and trade functions, the Office of the U.S. Trade Representative, the Export-Import Bank, the Overseas Private Investment Corporation and the U.S. Trade and Development Agency.

Burdensome regulation and overly bureaucratic government are common complaints of small-business owners. "We spoke with businesses -- including hundreds of small businesses -- to hear what works and what doesn't when you deal with the government," said President Obama. "Most of the complaints weren't about an unresponsive federal worker; they were about a system that was too much of a maze."

Related: Women Entrepreneurs Put the Government in the Hot Seat

Regardless of whether Congress approves his authority to restructure the government, the president announced Friday that in the coming weeks, his administration would unveil a single web site that will consolidate information for small-business owners and exporters.

As the small-business community digested the announcements from the president, the reactions were cautious.

The announcement serves as a "stamp of approval" for Mills' efforts, especially improving access to credit during a still challenging economic environment, Steve Caldeira, president and CEO of the International Franchise Association, said in a statement.

But he expressed concerned about how SBA services would be affected if the merger is approved. "As part of any proposed reorganization, it would be essential that SBA loan programs remain intact and at their current funding levels," he said.