Finding the Jeremy Lin on Your Team

By Brad Crescenzo February 16, 2012
Opinions expressed by Entrepreneur contributors are their own. 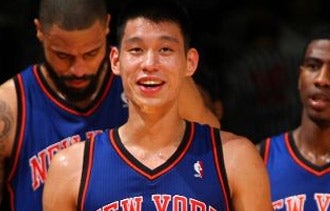 New York and the rest of the world are still reeling in amazement over Jeremy Lin's Cinderella story.

As of two weeks ago, the Knicks' Lin was a third-string player, or a backup's backup, if you will. But upon being flung into the lime light -- after getting just one chance at the big time -- he's now making history. It's the best kind of story. The kind of story that reminds people that anyone can be a star.

As an employer it's easy to forget this fact, and overlook the talent you've got sitting right under your nose. After all, business owners often don't have the luxury of banking on luck. Instead, they toil to find the best of the best who've shown that they can perform.

But what about late bloomers? What about those diamonds in the rough? Although not always a fruitful endeavor, uncovering an employee's hidden talents or simply empowering them to act -- and nurturing their confidence when they do -- can help any business.

George Anders, author of The Rare Find: Spotting Exceptional Talent Before Everyone Else, points out, "The talent universe is full of overlooked people, shunned for reasons of geography, status or background." Here are three of Anders' tips for finding the Jeremy Lin on your team:

Look for bright stars in dim constellations. It's easy to focus too much attention on your top 10 producers. But you should also look at parts of your business that are so small that the people doing well might get overlooked. Consider an employee who is doing really well with very little. Then, imagine what he could do with a big opportunity. During his rookie year with the Golden State Warriors, Lin didn't wow anyone, says Anders. But among point guards, he led the league in steals per minute. "Imagine if they had thought to give him a chance to play during a main part of the game," he adds.

Sometimes second best is just as good. Just because an employee hasn't dazzled you in the past, it doesn't mean he or she doesn't have potential. Don't overlook great (but unsung) employees. Lin came to the Knicks even though he hadn't received an athletic scholarship in college. He also never got drafted to play in the NBA and he got cut from the Houston Rockets before he ever got a chance to play. Not the most impressive record. But when luck found him, he made history.

Listen to your employees. People will often tell you when they're unhappy, but being flexible is important. Employees are often misplaced. A sales person who lacks charisma might be itching to work with numbers. As a business owner, it is important to be aware of, and resolve these mismatches. "I've literally seen companies who tell people, 'We don't do transfers,'" says Anders. "Companies like IBM have done very well... spotting the square pegs in round holes and getting them to the right place."

How do you tap into your company's hidden talent? Let us know in the comments section.